One Believer’s Reactions to the CES Letter 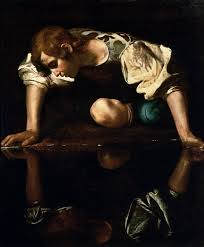 “If the CES Letter has added value to your life, please pay it forward.

Your support will allow us to continue to help the honest in heart seekers.”

Such loaded language from the CES letter website gets my hackles up, but I’ll suppress them long enough to respond to some friends’ queries of “Have you read the entire CES Letter?”. I am finally going to write my responses to the “Letter to a CES director.” I’m going to expect no one to agree with me. I’m going to treat no one’s feelings or thoughts gently. If you love the letter and think it’s perfect, don’t read my response. If you expect detailed responses to every item in the letter, go someplace else. If you are my friend and what you really want is validation of your pain caused at the hands of the LDS church and its members, give me a phone call. Chances are I will agree with you, and I will do my best to show my love. I will acknowledge up front that I think there are valid criticisms of the LDS church and its leaders and scriptures, both past and present. But for sake of my time and sanity I’m going to be appropriately brief. I’m going to cite or link to other sources. I’m going to define what I view as a rational and honest perspective, and I will not consider myself bound by your, or anyone else’s, view of Mormonism. I am Mormon. My perspective is Mormon. You can seek to understand it or not. You can claim it is irrational, or seek to understand the logic. You can say I’m splitting hairs or avoiding issues, or not. You can try to understand and enter into a different paradigm, or not. I am limited by many factors in my choice of how to respond to this letter. So with this disclaimer out of the way, I will begin. Read at your own discretion.

My initial reaction to the CES letter was that it views the world and Mormonism from a particular, black and white perspective that I don’t hold to. Whether such a perspective is held by some other Mormons or not doesn’t matter for my belief–whoever those others are. If I hold to such a belief, either by embracing it or by rebelling against it, I am not truly taking responsibility for my own moral life. Most of the “problems” highlighted in the letter appeared to be more problems with assumptions about God or prophets or human nature than anything else. So now as I reexamine the CES letter, I will take this approach:

Now here comes the flood, one topic at a time.

The Book of Mormon

(Edit: I have misrepresented the views of Brian Hauglid. My apologies. I plan to continue to follow his work and I still recommend him as a fascinating source for exploring the complexities of this book of scripture. As this particular topic seems to have distracted greatly from understanding the intent or scope of this essay, I add only that stylometric and theological reasons, among others I haven’t fully explored, give me reason to doubt this work as simply a product of Joseph Smith’s mind. I intentionally left out such a discussion because of the background required to explain my reasons. I stand by my fourth point, below, that I believe it is fine for others to be troubled by the Book of Abraham, but that it is not an immense logical difficulty for the faith of one who shares my worldview–a worldview whose construction you may explore and critique in many previous posts here on Rational Faiths, but not a worldview I claim as the only rational choice.)

Witnesses to the Book of Mormon

Names of the Church

I was fine with Mr. Runnells’s letter when it was his story. He has a right to it. It is a real, lived experience. He came by it honestly. Many others have had similar experiences. I feel for their pain. I have cried with some. People close to me have been lost to the church because we have been unable or unwilling to correct some of these real wrongs. But out of eighty pages of criticisms and problems, the vast majority are problems created by hanging onto a black and white worldview that doesn’t match either my understanding of God or of how he acts among men. There are not dozens of serious issues. There are very few, and all of them are questions of practical action. Or they are Mr. Runnell’s and others’ assumptions about God and prophets. What God do you believe in? How does he act among men? Believe in inerrantly mediated action from an omnipotent and controlling God whose goal is to make everyone behave perfectly, the kind of God so frequently implied in Mr. Runnells letter, and I will say you have described the Lucifer of the Book of Abraham. Quote LDS authorities who have espoused portions of belief in such a God, and I will say you’ve come by your belief honestly, but now it’s time to move on. Believe in the God of agency, justice, and mercy whose goal is to turn us into creators and peers, who works within the reality of human biology, psychology, and sociology, and the limits of nature, and nearly all of these serious problems become ordinary problems of living in a human world. To come where I am, you will have to give up the expectation that the LDS church is far beyond–or far below–other earthly organizations. You will have to experience the real pain that errors of prophets have caused. You may have to rebuild a connection to God as your previous beliefs are torn from you. But the CES letter is only half of an honest seeking of truth. It is still bound by the same paradigms that caused the distress in the first place. If this letter is the end of your journey with Mormonism, I understand to a degree. I won’t fault you for moving on. I’ll wish you the best as you seek a new spiritual home. If you are my friend, I hope we can still journey through life together. But I won’t adopt your problems with Mormonism. I’ll stick with my own.