The Old Ladies Who Taught Me the Gospel 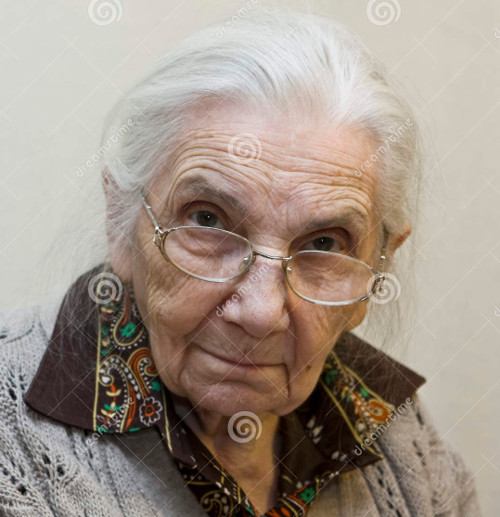 I never quite appreciated the older members of the wards I had attended as a child or a teen. I started graduate school a few years ago and we were placed in a student ward with both young single adults and married couples still attending school. The lack of older members was immediately apparent. They usually have a different perspective on the gospel. Doctrines long lost from 30 or 40 years ago always sounded strange, but it adds a different flavor that I miss now. Many of the older people gave up long ago on impressing anyone or trying to fit in. They grew up in a different time and have different experiences. A student ward can feel pretty uniform and boring. It feels like an extension of Young Men’s that never ends.

While I was still working on my bachelor’s degree I got married and we moved from the singles ward to a family ward. Like many other wards in college areas, there were many 20 or 30-something couples, and plenty of retirees, but not many in between. We call such wards “The Newlywed and the Nearly Dead.” Our ward only had a handful of teenagers in the youth program, but we had other couples our own age and plenty of experienced members.

In our first interview with our new bishop, he asked what callings we had had previously. I said that I played the piano, and hinted that I would like a Primary pianist calling. I didn’t get that calling. Instead, he called me into his office a couple weeks later and asked me to be the ward organist. I had never played the organ before and explained to him that the piano and organ are not the same thing. He was not deterred. “You’ll figure it out,” he said.

The music was currently being done by Sister Jones* and Sister Ponticello* who were both old widows locked into the same music callings for who knows how many years. Once a bishopric finds out you have musical talent, you won’t be doing anything else. Sister Ponticello played the organ so slowly I could barely hold interest long enough to sing the hymns. I stood up when they called my name as the new organist and everyone raised their hands to sustain me. After the meeting Sister Jones asked if I could meet with her and Sister Pontcello Wednesday evening to get me set up on the organ. I told her I had no idea how to play the organ and that I definitely needed to meet with her and Sister Ponticello Wednesday night. “You’ll figure it out,” she said.

Wednesday night they showed me what settings to use on the organ, and most importantly the location of the “bass coupler” button which duplicates the bass note with the pedal so that incompetent organists such as myself can play the organ. Sister Jones asked me to turn to “Come, Come, Ye Saints” and be ready to practice playing with her leading. She led me in and I played through the song following her tempo. After the first verse she stopped, turned to me, burst into tears and began hugging me while I sat on the organ. I was very confused. I like hugging strangers about as much as sitting on cactus. She sobbed into my arm, “Your playing is so beautiful and the Spirit is so strong and the members are going to sing out more than ever!” I said, “Thank you.” There was an awkward silence. “Do you want to hear me play True to the Faith?” 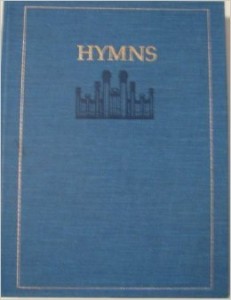 That Sunday I practiced my hymns and I was ready. I was going to impress this ward with my skills, and show that I did not miss notes and play at half tempo like Sister Ponticello. The praise was going to be sweet. Sister Jones stood up with her hand raised. I placed my hands on the organ, ready to show this congregation what the tempo markings actually mean in the hymn book. Sister Jones lowered her hand, leading much too slow. I played at the indicated 100 beats per minute. She refused to increase the speed of her hand waving. Once we were several measures in, she dropped her hands, turned to me and yelled, “We have to be on the same tempo!” The ward members obediently stopped singing. They looked at me. I stared back, red in the face. My hands were shaking. Sweat was dripping down my face. Sister Jones turned back to the congregation and raised her hand and said, “We will start at the beginning.” She lowered her hand and I played at the tempo at which she was waving her hand. Sister Jones smiled.

After the meeting Sister Jones and Sister Ponticello presented me with a new hymn book. Sister Ponicello said she knew I didn’t have one and wanted me to be able to practice. Inside they had written, “From One Friend to Another, Happy Playing!” Sister Jones hugged me and cried and said, “You’re going to be great! I felt the Spirit so strong!” Sister Jones then told me that it was tradition in the ward for the organ and the piano to be played at the same time for the congregation and that she was very excited to start the tradition again. The next Sunday Sister Ponticello played the piano while I played the organ. Sister Ponticello either played the right notes very slowly, or played at the correct tempo while only playing half of the notes, but never both. After the meeting Sister Jones hugged me and cried and said that it was beautiful and just like old times.

We had a music meeting with a member of the bishopric about upcoming musical numbers and the overall approach to music within the ward. The bishopric member was very strict and by the book. He said that he wanted to comment on our playing of the organ and piano simultaneously. He began reading from the Handbook where it stated that playing of the organ and piano was acceptable only for certain special musical numbers. Sister Jones said, “So it says that we can play both?” “Yes, but…” he stammered. “Good, then we’ll keep playing them together,” said Sister Jones. The bishopric member then said that the bishopric would be trying to get the topics of the talks to Sister Jones early so that the songs could be chosen around the theme. “We need the topics a year in advance,” said Sister Jones. He knew better than to argue.

After the fifth or sixth time that Sister Jones was crying into my shoulder while telling me she loves me, I had a realization. I love her too. Even though it was difficult to speed up the tempo of the music she led, she never failed to express her appreciation and love for me. She asked me about my schoolwork, my wife, and my (then) unborn child. She told me stories about her late husband, and how they struggled to make it when they were newly married. She always praised my playing and told me I did well. I learned that it was Sister Ponticello’s idea to give me the hymnbook. She was not as vocal as Sister Jones. She had little to say, but much to give. Her eyes were slowly clouding with cataracts but she never complained about playing the organ.

The hymn book I got from Sister Jones and Sister Ponticello is falling apart. Between a toddler and a dishwasher accident in the apartment above us it didn’t stand much of a chance. I pulled the front page out of the book with their message written on it and pasted it into my new hymn book. Sister Jones and Sister Ponticello taught me more in the couple years I was in that family ward than I had ever learned in the youth program. They taught me how to be a part of a ward: how to show love, how to stand up for myself, and how to support others. During Christmas time Sister Ponticello always turned on the bells on the organ. They are loud and usually out of tune, but very festive. This past Christmas season in my student ward I turned on the bells for prelude music. A member of the bishopric asked me to turn them off. I asked myself what Sister Jones would say and I said, “It’s Christmas” and kept on playing. While a hymn book won’t last, the lessons they taught will.

* Names have been changed.