Chopping Off Arms is Better Than Planning FHE 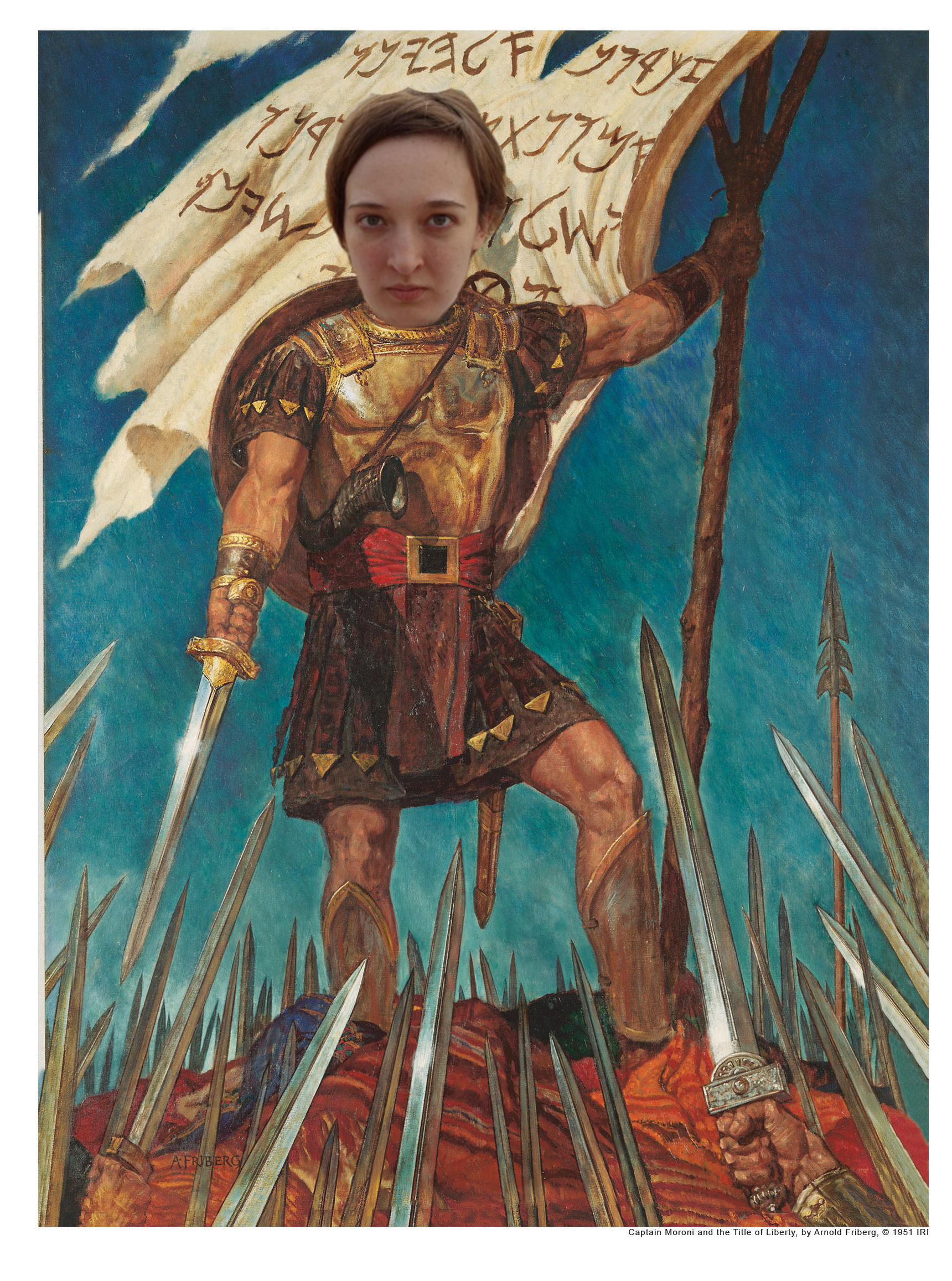 Narrative Norms, or “Why didn’t you write this play about men?”

When I was still living in Provo, and my husband and I were almost done with our sojourn in Zion, I had the life-changing experience of playing the lead in the premier of Melissa Leilani Larson’s gorgeous play, Little Happy Secrets.  When you finish reading this you need to listen to it, because Melissa is brilliant and you can impress all your hipster friends that you listened to an amazing local playwright before she went mainstream.

Anyway, the play deals with the difficulties of the lead character being gay while also being a believing, active Mormon, as well as the heartbreak of trials that seem to have no easy answers.  I believe we performed it 4 or 5 times for an audience, and after every show we had what is referred to as a “talk-back” with the audience where they could ask questions and share observations.  We had insightful questions asked and moving stories told from audience members’ own familial experiences.  However, almost every night (if not every night), we had the same question come up at some point: “Why didn’t you write this play about men?”  The playwright explained that the character basically came to her as she was written, and there are not a lot of great roles for women and, really, why not?  The cast and crew were almost all women, and I think we all inwardly rolled our eyes whenever it was asked, because why should that even be a legitimate question? 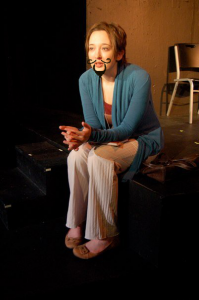 My testosterone really speaks to you.

As I’ve pondered that experience over the years, and analyzed the way we tell stories both in the Church and in American society at large, I have to wonder if the real question being asked (and the reason) was, “Why didn’t you write this play about someone I can identify with? I don’t know how to identify with women.” Sadly, this sentiment is not only felt by men.  Women (myself included) sometimes have a hard time identifying with female protagonists and viewpoints, because the “norm” for a narrative in both the Church and broader American culture, is most often from a masculine perspective.  My series of posts will only focus on Church narratives and my personal experiences and observations in how they have shaped our thinking.

So let’s start with primary, a place where we start to form our spiritual world-view.  When I was little, I remember one of my favorite things in primary was when we would turn on the “time machine” (a poster-board with knobs), and someone from the ward came in dressed up (usually in a bathrobe) as a character from the scriptures and told us their story.  I still think the idea rocks, and was an awesome way to get more men to serve in Primary if only for a day, butoverwhelmingly the stories were told by men.  In fact, I can’t remember a woman ever coming in, though it’s admittedly possible.  The only stories that stuck in my mind were men’s stories because they were usually about leading armies or standing before nations, or traveling to distant lands and collecting severed arms.  Women’s stories from the scriptures seemed a lot more boring by comparison, because really, they were just the supporting character in a man’s more interesting narrative.  I mean from a kid’s perspective, would you rather fight off robbers with Ammon, or do lots of FHE lessons like the Lamanite mothers must have?  Since that’s how my young mind imagined it (and there was nothing told to persuade me otherwise), I didn’t want to identify with Sariah or Mary or the Lamanite moms, because I was seven and I was going to conquer the world!  And besides, the women in the scriptures don’t get any good primary songs-or, well, any songs at all apart from a few about mother Mary. So of course I’m going to identify with Nephi or Moroni or Ammon.  They get to do cool things we sing songs about, and I want to do cool things too! 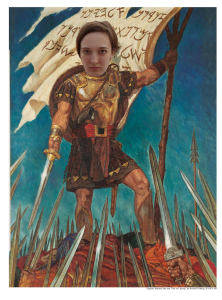 As a man, I get to wear immodest skirts.

Now just to explain something, I don’t think there’s anything wrong with a woman or woman-child identifying with a male character and vice a versa.  I believe we can all be stand-ins for great lessons and teach one another regardless of gender, but the troublesome thing is, we’re rarely if ever given lessons in primary that take a distinctly feminine perspective on things or set memorable women as the protagonist.  When we talk about the stories in the Book of Mormon, we imagine ourselves on the front lines fighting…with the men.  We imagine ourselves in the prison with Lehi and Nephi and the guards, never thinking that it’s quite likely there were no women present in either one of these scenarios.  We are never taken to a place in the Book of Mormon where our narrative is based around a specific woman, much less one who has a significant spiritual experience surrounded by other women. The only widely-taught example of the latter that I can think of from the scriptures, is the incident when Mary and Elizabeth meet and prophecy to one another about the children in their womb.  It is a touching and rare moment to have two named women ministering to one another (Abish and the Lamanite queen almost count as another.) However, all of the standard works that our primary lessons are derived from, are replete with interactions and relationships of all kinds that feature men only.  While this shows us how rich and complex a man’s experience can be, it can also make it easier to stereo-type or group women into mass generalities since we don’t see their unique range of experiences and interactions.  Rarely are women mentioned in lessons without being connected to men, which further solidifies this idea that the “main character” is always male.  So while a woman might win a “best supporting character in a scripture” award, the nominees for “best female in a leading role” don’t have much competition.

So why does this matter?  As long as the children are learning about the Gospel and the Sunbeams are prevented from taking off their clothes because they’ve become dinosaurs (who don’t wear dresses), what unintended effects could these narratives have on our children as they grow up?  Well, in my next post I’ll explore the disconnect I have experienced from the continuing narratives women receive in the church beyond primary (where gender roles become much more important), all the way into eternity.