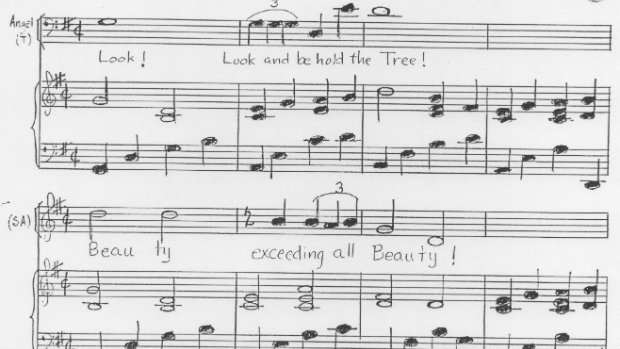 I don’t know what I think about Jesus, sometimes. I’m clearly a believer–a believer in his life, in the resurrection, in the atonement, in salvation and exaltation, in his hard moral teachings. But sometimes the ways I believe in these things seem so different from how I understood them before that some might not recognize them as Mormon.

I believe in the resurrection. I know it’s unprovable historically, but I am pretty convinced the Book of Mormon is a historical narrative (not textbook), and that Christ’s visit probably happened. At the same time, I’m nearly certain that Joseph Smith expanded on some parts of the original text he was translating/revealing, so I don’t claim absolute certainty about much from the Book of Mormon. I just don’t see evidence to suggest that the physical visit was an expansion without having first concluded Christ’s visit was impossible. I also believe in the possibility of technological resurrection. I think Jesus knows how to do it, and it is a physical process (since it is restoring a physical body), so why can’t we learn how to do it? We are expected to learn to be like Jesus in other ways, why not this one? Resurrecting people may not be the highest thing on my to do list, but I don’t see why we should discourage anyone else from doing their best to be like Jesus–even if I agree that faith and repentance ought to be higher on the list. We can each work on more than one good thing.

I believe in the atonement. I believe that Christ suffered to bind us all together and cover our sins, if we would join him. But I have a hard time seeing it as something magical in the ways I used to. What I see is an existence where pain and harm will never go away, even for Gods, and so if we would be with our Heavenly Parents–if we would be Gods–we must accept this pain. We must feel the harm our choices, and even eternal life, inevitably cause. We must choose to go forward together in full knowledge that eternal rest does not mean freedom from pain–love comes at a cost. So every one of us must atone, just as Jesus did what he had seen his father do. Jesus’s atonement is miraculous to me only partly because it is such a powerful example of atonement, but also because choosing to stay together in relationships with those who sometimes hurt us is simply miraculous, to me. And Jesus chose a relationship with everyone.

I believe in miracles. I think most are probably faith-promoting stories that popped up later, just like I think most fantastic stories are today, but I find it presumptuous to claim certain knowledge of very much in the distant past, especially based on negative evidence. Such claims reflect more on the (dis)believer than on what really happened. So I choose to believe many of Jesus’s miracles, with very little certainty. To use the terminology of biblical scholarship, as best I understand it, I believe a high christology of miracles, but I bring it almost down to earth. My God condescended perhaps further than most, or perhaps not as far since he never was as unreachable.

But one thing all my uncertainties and earthbound beliefs have not removed is those moments of longing for home with Jesus. One Sunday I was thinking about why I long to be like Jesus. Here are some of my conflicted thoughts: