Men and Women as Friends 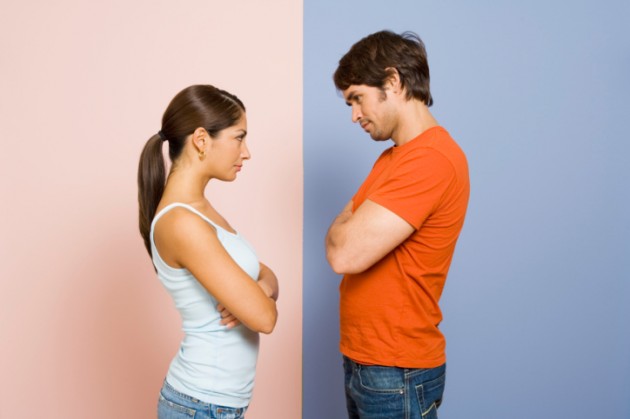 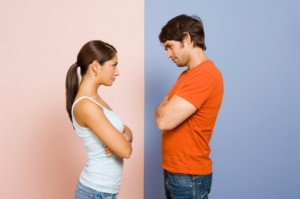 Not pictured – Tresa and Paul

Paul and I go way back. Back to our college days at BYU when we both lived in brick apartments off 9 East. Back then we called him Pablo as a term of endearment, and everyone loved him. He was so popular that when we held a jokey “Mr. 91st Ward” pageant (guess who’s idea that one was) there was actually anti-Pablo backlash that prevented him from winning his rightful crown. He was so beloved he had already won everything else.

Part of why I loved him (and love him still) is because he was a very very rare specimen in my experience with Mormon males. A man who could have sincere friendships with women. Not the Chris Rock “women we haven’t […] Yet” kind of friends, but honest to goodness, enjoy their company, include them in their lives, see them as real people, friends.

As a woman who enjoys her male friendships, it’s always been a source of sorrow that this is a thing so hard to find in Mormon circles. I still remember the sadness I felt when the first birthday after I got married, one. ONE. of my many guy friends actually showed up to my party. (It wasn’t Pablo, but he wasn’t in town by then.) These guys that I spent so much time with and thought of as my buddies, turned out to only be thinking of me as a “woman we haven’t […] yet.” Since it was BYU, the blank to be filled in there was most likely “NCMO,” but still. Once I was married I no longer had anything to offer them.

This comes up often when we talk about increasing women’s participation at church. When discussing why women can’t be executive secretaries or ward clerks or membership clerks or Sunday School presidents or whatever other purely bureaucratic calling that is responsible for zero ordinances and yet still somehow requires the priesthood, someone eventually brings up the fear that if women and men were working so closely together, behind closed doors, all alone, it would only be a matter of time before covenants were broken and people there to serve God and the members of their ward would be caught up in a sweaty embrace of torn pantyhose and polyester suit coats.

This is the same reason why missionaries can’t even enter the home of a woman without a man there. Or why single sisters have to have elderly men as their home teachers. Because otherwise it would be “asking for trouble.”

The people who articulate this argument appeal to human nature, and realism, and biological imperatives, and whatever other apologia they can come up with to keep things as they are. They shrug their shoulders about our fallen state and pretend that they hate it as much as anyone. But of course, it’s all nonsense. And we should know better.

What a sad irony that the secular world is better at lifting us up passed our natural men and women than the church is on this issue. While people still have affairs, just as they always have and always will, nobody seems to think that this is a reason to keep men and women separate in the workforce. Men and women spend great amounts of time together in fields as diverse as law enforcement, academia, and entertainment, and manage to do it without inevitably falling in to bed together. Why? Because sexual harassment laws exist. Because men and women in the workforce are taught to see each other as peers and equals first. Because they know they are there to do a job.

The job of the church is to lead people to Christ. And Christ was no respecter of persons. Christ was more than capable of having sincere friendships with women. So if we’re going to do His work, we have to stop enabling the natural man we should be trying to overcome – not apologize for him and make it safe for him to function in society. We should be appealing to our higher natures. We should be training men to stop seeing women as objects of lust – whether it’s lust they are caving into or protecting themselves from doesn’t matter one bit – and training women they have more to offer than their affection.

By perpetuating these policies, we’re not treating infidelity as the aberration. We’re treating it as the expectation. Which a people dedicated to being disciples of Christ should be committed to rising far beyond.

Tresa Edmunds blogs at feministmormonhousewives.org as Reese Dixon. ReeseDixon.com as herself, and everywhere else as a mouthy broad.

All posts by Tresa Edmunds