We Made This World, But God Will Make the Next? 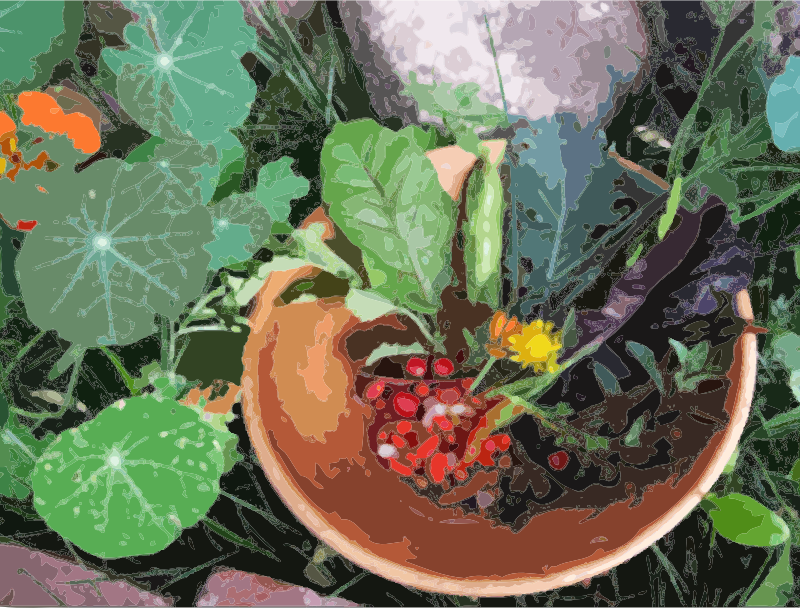 If you’ve been Mormon long, you know this story. God didn’t make the world. He told Jehovah to make it, and Jehovah got a bunch of other people together to do the real work. We made the world, or if not us, some of our brothers and sisters.

We had instructions, sure, but it seems they weren’t exactly like a blueprint. Perhaps unsurprisingly, the instructions were more organic, perhaps more like growing a garden–or a landscape restoration project. There was an element of agency involved that we don’t typically think about in construction or in art. Our materials do what we make them do, but according to Joseph’s revelations, the gods watched their creation to see that it obeyed. And then they reported back and told God that they had done it! We had created a world where we could live and progress into the next phase of existence. We could grow beyond the the confines of the spirit world that the Gods first welcomed us into.

Now think about the implications of this for a minute. We’ve already created at least one world. Now we’ve progressed even further than before we came here. And we expect God is going to make the next world for us? I can make up reasons He might–the veil over our memories being first among them–but it smacks of rationalization, to me. Brigham Young especially taught that we are responsible for preparing the earth for the millennium. It’s our job to make that millennial world. It doesn’t seem like a stretch to me to expect that God’s going to make us build our next home, too.

Yes, I can see Mom and Dad taking us back in for a while if we are having a hard time figuring out what exactly we should be doing now that we’ve graduated from college, but they won’t make us be kids forever. So let’s make the world we want. Let’s hang onto our ideals of Zion and believe it can be done–no rich, no poor, of one heart, beating swords into plowshares, and living the promises of at-one-ment. Let’s stop imagining that the Second Coming is going to fix anything for us, and let’s trust that with our Heavenly Parents’ guidance–but not their coercion–humanity can actually become what They tell us it can. And beyond this social creation of the next world, I won’t be surprised to find that we are responsible for its physical creation, as well. I know I might be relearning things that I already knew, and I’m certainly learning things that somebody already knows, but I’ll keep studying how to create life. Maybe I’ll be ready to do my part in making the next world. In the meantime I’ll enjoy the beauties of this one more deeply.

For some fun videos, graphics, and explanations of how cells might have first formed, check out http://exploringorigins.org/ It only presents one set of hypotheses, but there’s a lot of delightful science behind it.