Who is Lucifer Really?: A Rebuttal 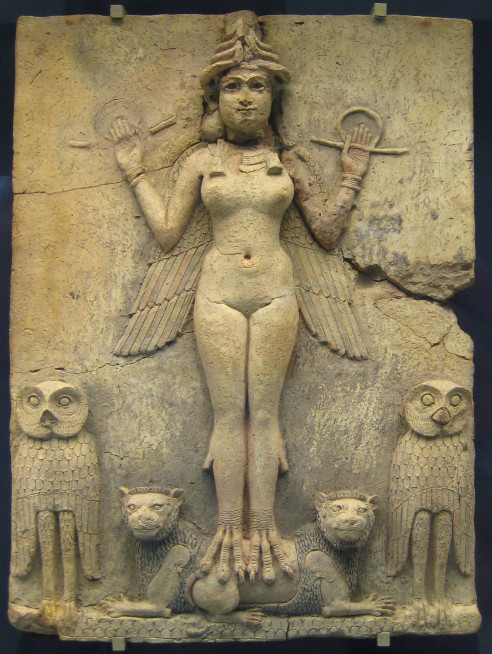 As Mormons, we believe that Heavenly Father presented a plan for his spirit children in the preexistence.  In this great Council in Heaven, Jesus was selected to be the one through whom redemption would be brought about through his intense suffering. However, Lucifer would step forward and offer to redeem humanity- if only we would follow him and he would receive all the glory. One-third of the spirits rebelled in favor of Lucifer’s plan.

And that’s how the story goes. That is what we are taught. But what about the rest of the story? What about Heavenly Mother? Where does she fit in?

Recently, it was suggested in another blog post featured in Young Mormon Feminists that Heavenly Mother was Lucifer and that Heavenly Father viewed her as  narcissistic and attention seeking. As a result, Heavenly Father turned against all those who were made in Heavenly Mother’s image- namely her daughters. Consequently, Eve was demonized once partaking of the “apple”, and all her female children would be barred from the Priesthood. Man would now rule over us.

According to this particular blog post, this is the misogynistic god we serve. Thus, to seek out Heavenly Mother is to devour the “apple” and toss out the core.

Serpent imagery is found throughout the ancient world, and in fact, is used to represent the Sacred Feminine. But to claim Heavenly Mother appeared in the Garden to deceive Eve to spite Heavenly Father is problematic for a number of reasons. But what if there is another force at work in this narrative? One we haven’t considered?

The question I want to put forth is this: What if it wasn’t Heavenly Mother who deceived Eve, but some serpent-like being impersonating her? In The Mother of the Lord, Margaret Barker asks the following: “Did the serpent have his customary appearance, or was the serpent figure a disguise for another being whose words would have been accepted as coming from the LORD?” (367).

In essence, was there possibly another “darker” feminine presence impersonating our Mother in Heaven? My personal thoughts are, yes. But I do not necessarily believe, as tradition teaches, that “the devil” was male.

The name Lucifer, meaning “light bearer” is historically associated with the planet Venus, the “morning star,” which is also a reference to the Roman goddess of love. Thus, the name Lucifer is indeed feminine.

But was it Heavenly Mother who deceived Eve in the Garden? Again, I say no.

There is an ancient Jewish midrash concerning a she-devil by the name of Lilith. Tradition speculates that she was Adam’s first wife, due to the incongruent references to woman being created twice in the book of Genesis– the first time in God’s own image (Genesis 1:27) and the second time from Adam’s rib (Genesis 2:22). According to this story, Lilith refused to obey Adam, and so she was condemned for all eternity.

But this is one account. And perhaps this story serves as an earthly allegory for what actually occurred in the heavenly realm, in addition to providing an explanation for Lilith’s jealousy towards Eve.

Raphael Patai, author of The Hebrew Goddess, explains that according to the Kabbalistic Zohar, the Matronit (Heavenly Mother) was banished from heaven and exiled with her children. As a result, Heavenly Father was forced to take Lilith as his celestial mistress (250).

He adds that the return of the Messiah will mark the reunion of our Heavenly Parents, as well as the destruction of Lilith. Of this, Patai writes, “In the Days to Come, when Israel will take revenge on Edom, both she and the Blind Dragon, who arranged the match between her and Samael, will be killed” (251; see also Revelation 12).

Samael is another name for Satan, the “prince of devils,” who was the first husband of Lillith.

And while this may not provide any concrete answers to our earlier questions, it certainly suggests some interesting possibilities for further interpretation.

Up until recently, I remained unconvinced of the Lilith mythos. I thought it was just some story that I associated with the  feminist concert festivals that were popular back in high school- the very same concerts I used to turn my nose up at. Even after my spiritual experiences with Heavenly Mother, I never once saw a connection.

Until the following happened….

One day my husband and I were taking our usual walk around the block. As we neared the woods, we stumbled upon this strange looking owl that was just sitting there in the leaves by the side of the road. We thought it might be hurt, and so we had discussed calling the local wildlife refuge to come pick it up.

The owl was white and very ghastly looking. It was just staring at us with intense fear in its eyes. We left and later came back, but when we returned, the owl had disappeared, but left its imprint in the leaves, indicating it clearly was not hurt.

We didn’t know what to make of this for the longest time.

One day, I stumbled upon this verse, which struck me as odd: “Wildcats shall meet with hyenas, goat-demons shall call to each other; there too Lilith (some versions say the “screech owl”) shall repose, and find a place of rest.”  -(Isaiah 34:14, New Revised Standard Version)

Knowing Lilith was historically symbolized by the owl, as well as the serpent, I immediately thought back to the strange-looking owl we saw. Most certainly, it was resting “in its repose,” as one translation noted. And it sure was creepy!

And as I mentioned previously, it had an intense fear in its eyes, as if afraid of us. Perhaps because it knew of our connection with Heavenly Mother. However, the whole time I stood there looking at it, I was not afraid. It never once tried to hurt us, either. I had a feeling it couldn’t if it wanted to.

An odd experience, yes. But I’ll leave it up to you to decide what it could have meant.

That said, I do not believe for a minute it was Heavenly Mother tempting Eve in the Garden of Eden. If anything, Heavenly Mother was framed and betrayed by her arch-nemesis Lilith.

And according to Patai, Lilith knows her time is short.

Barker, Margaret. The Mother of our Lord: The Lady in the Temple. London: Bloomsbury/T&T Clark, 2012.