Let’s Get Over Mormon Digitarianism 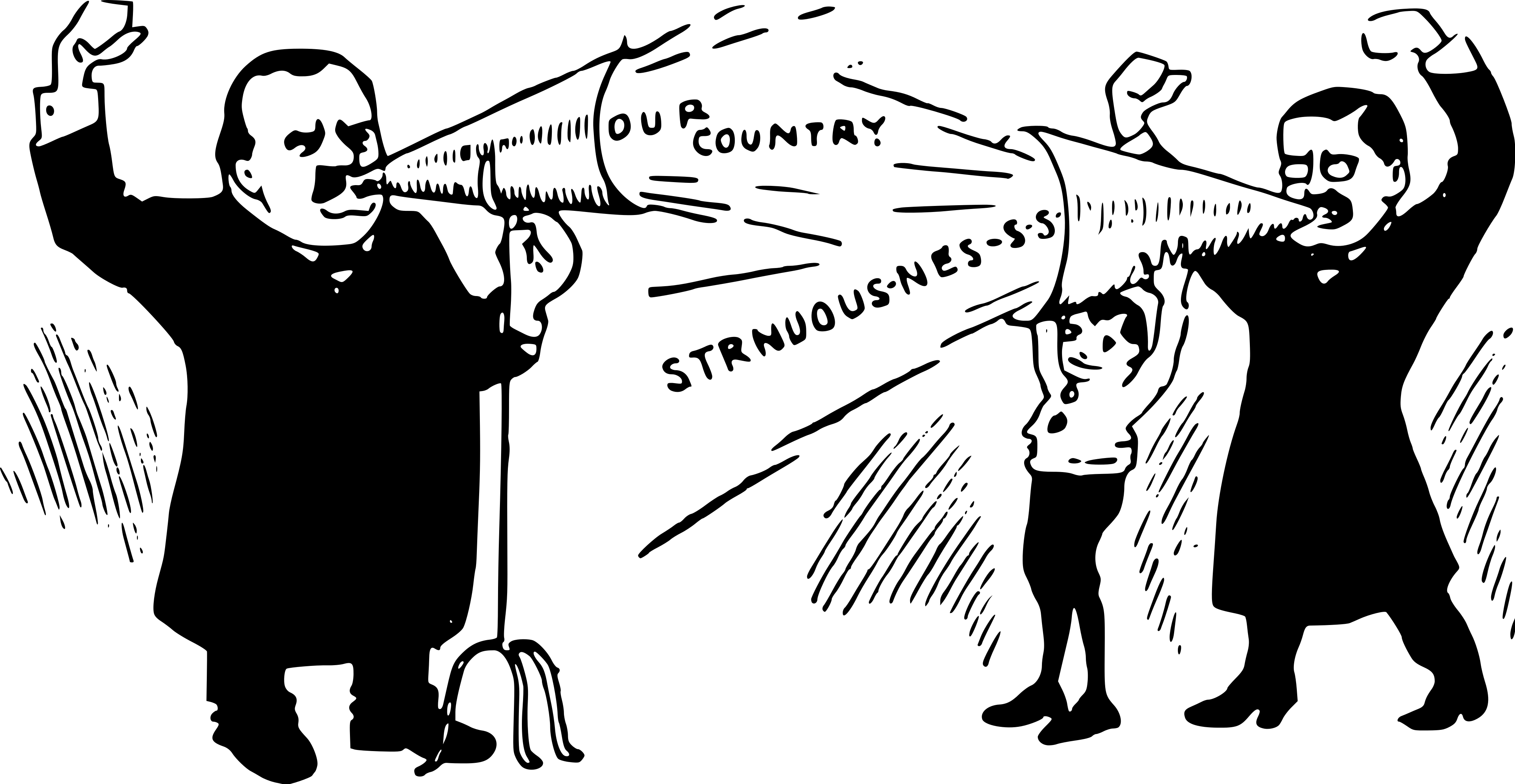 I’ve felt noble long enough. I took a look in the mirror and realized, lo and behold, I’m the self-righteous, judgmental one that fusses over every politically incorrect misspeak uttered in Sunday School. If I don’t tweet it, then the world won’t know that I, though a Mormon—which I use as if it’s a disclaimer—separate myself from the stereotype; a stereotype I’m probably propagating with my tweet. There’s a double-edged sword there.

So many of us have talents, wits and observational wisdom that we can put to good use if we think about it. We don’t like insular religions? What about Facebook group binging with insular, like-minded “Hubbers?” Don’t say you haven’t done it. I’m an observer and participator of so many of those Facebook groups: Mormon Stories, A Thoughtful Faith, The Mormon Hub, Liberal Mormons Support Group, (Support Group??!) and on and on. So while I’m calling myself out, it’s not something I, alone, do.

But I get it. It’s cathartic; it feels good. It’s refreshing. Sometimes I get tired of self-righteous double standards…from others, obviously, not my own. I get sick of culture bashing in the name of “building bridges,” and would rather seek out a community where I feel like it’s easier for me to belong. Then, sure enough, an article comes along, some controversy du jour, even sometimes a piece of art (looking at you Jonny McNaught) that rubs me the wrong way, and maybe I’m not quite done in sticking up for my contingency in the broader Mormon culture. But then I think about 4th Nephi, and all this “no manner of –ites” business, and suddenly I am more mindful of the broader Mormon culture outside of my liberal corner, and things get, well, confusing.

For every time someone like me screams, “why do all the traditional Mormons keep telling me to join another church?!” How often are we secretly, and unknowingly waiting for another church, or at least another faith culture of our own? One without “those people” who annoy us? And it’s more than just annoy, I get that. It’s that certain aspects of the hegemonic culture cause non-traditionalists and liberals like me to react to their behavior that we fundamentally see as wrong. Immoral even. And yet, isn’t that what we enlightened folk abhor and cry against as the M.O. of the TBMs in dealing with us and many of our friends? Especially our liberal, gay, black, female, immigrant and/or poor friends?

I’m often encouraged by how compassionate the calls are for inclusion and social change on the many “liberal” Mormon Facebook group pages, especially for issues like immigration reform, marriage equality, poverty eradication and other causes, which I feel are righteous and good. Truly, it delights my soul. But, what shocks me in those posts, is how quickly hypocritical the thread becomes, how rapidly we turn on each other, sometimes over hair-splitting minutia.

In a private conversation with another “Mormon Liberal” who I usually agree with but had a small disagreement, she suddenly invited me to get hit by a bus and to please die. This amid her calls for social justice and cultural acceptance, which I often applauded. It made me reflect, am I secretly wishing for the misfortune of others who threaten the validity of my opinion, even to those within the ranks of like-mindedness? To say nothing of—gasp—like-faithfulness?

There is a balance.

C.S. Lewis was incredibly critical of Christian culture, lamenting mostly the lack of Christianity in it. Even Gandhi was known to point out a major disconnect between Jesus and those who profess to be his disciples, so it’s a problem that isn’t just one of those “Mormon-culture-is-so-weird” send offs.

It’s a tricky balance, however, that requires constant self-checking, because there can come a point, so imperceptibly, where the critic who critiques for the greater good, can also find him or herself criticizing for personal catharsis or worse, to seek a different status quo, or a new hegemonic mentality. This is just societal replacement, not social change, and it’s not for the greater good. It is pure hypocrisy blinded by its mission to rid the earth of hypocrisy, and it’s classic mote-and-beam syndrome.

We can build, and improve. I’m a firm believer of the adapted adage, “if you don’t like your culture, change it.” But I think that approach can easily devolve into: if you don’t like your culture, harp on it. Well, I’m done harping. I want to build. I want to use my energy for something other than scoffing and scolding. I puff myself up pretty big when I have an especially astute counterpoint against someone who, like me, is trying to promote, for example, more female equality in the church. Why did I do that? Sure I didn’t agree with her methods (for those wondering, I’m not referring to Kate Kelly), and her tone made me wretch, but in the end, isn’t the goal the same? And not just for equality but also for building the kingdom of Zion as I see it’s intended to be?

Can we use the groups for the occasional and needed support and regroup, but to then break away, go and write, create, do, and share? Many of you already do, and it’s inspiring. Many paint anyway, (here’s looking at you, again, Jon McNaughty). Many write anyway, many protest anyway. For those of you who, unlike me, have gone beyond the groups and did something because you believed in it enough to do, I applaud you. I want to be like you. This is my start.

For those of us who find it easier to nitpick and comment, and be “active” in the social space because it’s somehow important to bring down the too-well-behaved Mormons of this world with quips of hypocritical wit, I submit that we can do a better job at that by not giving it so much undue ado. In our own cultural expression we can create a big space, void of that kind of line drawing. There is a better way to approach the Joni Hiltons of the day. There is a way to engage, passionately even, while taking a higher road and avoiding the uproar.

Many of us are uselessly pouring energy into dividing ourselves in groups of what we believe vs. what we love to collectively mock. Other religions do that too but to greater effect. Exhibit A: American Jews. But when they change their religious culture with clever satire, it ends up on This American Life, Pulitzer short lists, New York Times bestseller rankings and Broadway plays. Our own culture outsourced that job to two “gentiles” who wrote our own satire for us, and turned it into a Broadway musical. And frankly they did quite a job, sweeping all of the shiny awards and things. Could it be that they are creating expressions of our culture because many of us are too busy bemoaning the split hairs on Facebook of what’s good, what’s the future, and what a certain Silver Fox said vs. what he must have meant over the pulpit?

I don’t begrudge a certain necessity of splitting hairs as our faith community matures to the Internet age, but to do it in the safety of a Facebook group when it could be the next great piece of literature, radio essay or play is simply a missed opportunity, especially because what sells in those mediums is thoughtful social commentary that never rules out the guilt of the commentator.

Facebook, like other online comment cesspools, spawns self-righteousness and the inability to be wrong. We have so much power to be a cultural force for acceptance and good in the broader culture of Mormonism, in the wider tide of Latter-day Saints, and in the family of humanity. I happily usurp a phrase from a school that shall not be named, and appropriate it to our Mormon digital communities: “Enter to learn, go forth to serve.” I guess as far as Facebook goes, maybe enter to decompress, vent and debate, but it’s the going forth that must follow. Or else it’s all for naught and we have become the very thing we despise.

We may cringe at the futility of making a casserole as one’s interpretation of “doing good.” But is our witty Facebook comment on a Meridian magazine article any better? I’d rather make that comment and then go bake a casserole for Katherine Skaggs or Dan Peterson, because they could probably stand to see someone who curses them to follow up those curses with genuine love and acceptance despite it all. Jon McNaughton: What. Is. Your. Address!?

This is the question I will ask myself every time I get sucked into the digital pandemonium of the Mormon social media sphere. I’m no Bible scholar, so I like the verse that simplifies church and gospel into two basic laws: Love God and Neighbor. And dammit if I can’t at least do that while I’m wading in the muck of a religious and cultural revolution.

Joseph is a pubic relations consultant in Washington, D.C. and a freelance writer/erratic blogger for the Huffington Post and other publications. Fond of non-profits and community service, he also is very involved with the up and coming LDS-themed blog and podcast, No Poor Among Them.

All posts by Joseph Peterson