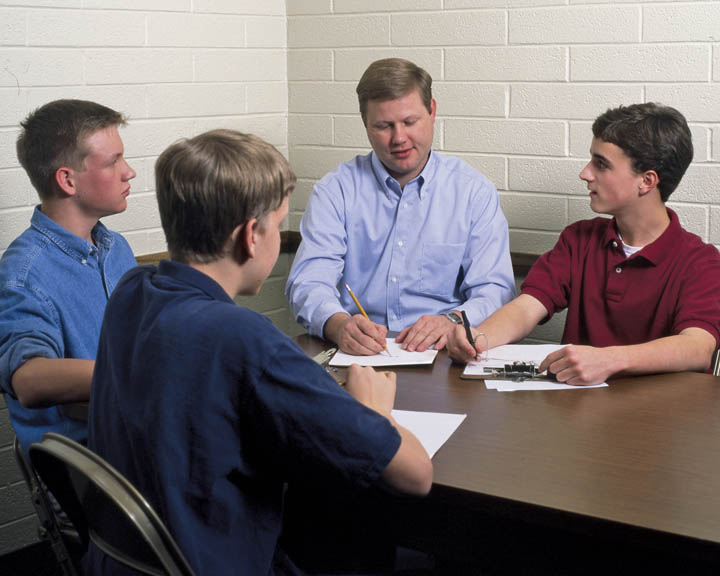 At a time when a presidential candidate seeks to excuse his boasting about sexual assault as “locker room talk,” I think it is important that we honor the example of imperfect, extraordinary ordinary Mormon men. I say this knowing full well that not all Mormon men are worthy of praise and that none of us is praiseworthy all the time. But that’s why such examples are worth celebrating and emulating.

The first example I want to share is of a single adult ward bishopric. This particular bishopric was made up of men with a long history in Church leadership. The bishop and his first counselor had each been bishops and stake presidents before. We used to tease the second counselor for ‘only’ having been a bishop. I got to work with these men as a ward clerk, listening to their deliberations and seeing firsthand how they worked to serve each of the members. Their love was clear, even if they didn’t always act in the ways I would have.

I remember one time I was asked to serve as recorder for a disciplinary council. This particular council involved a woman who had repented and sought an end to her probationary status. In retrospect, I’m sensitive to problems with a process that puts a woman in her early 20s in a room full of old men to talk about her sexual activity. But at the time what I saw was that those men did their best to make her comfortable, to ask their questions with respect, and to support her in her repentance. When it was over they worked to reassure her that all was in the past and that she was worthy in every way of all blessings of the gospel. There was no time in which they gave the impression that something had been lost that could not be reclaimed through the Atonement. (That’s better than I can say about plenty of ‘morality’ lessons I’ve heard.)

I was fortunate also to have a sincere and loving mission president. Unlike too many mission presidents, he seemed to have little desire for power, status, or dominion. (Perhaps that’s why he has never been called as a General Authority.) Instead of ambition, he exemplified the desire to serve. One time, when my companion had a strong negative spiritual encounter, he didn’t question our righteousness or tell us to get back to work. He checked on our schedule and then made the hour-long drive to take us to lunch. ($0.49 McDonald’s Cheeseburger Tuesday – one each – his treat. He was an accountant.) After lunch he took time to counsel with us and give me companion a blessing.

Another time I had done something for which he chastised me. I felt his correction was a bit sharp and wrote him a letter explaining why. Rather than blow it off or take offense at correction by a 20 year old (that probably wasn’t delivered very diplomatically), he reached out. He called me and apologized for his sharpness, explaining that it came partially from him having received correction from the Area Presidency on the same subject. At the time, I felt a little vindicated and a little closer to this man who was my leader. In retrospect, I am in awe of this reaction, which showed such strength of character. He loved me enough to reach out. And he was humble enough to admit his part of the fault rather than again condemning mine.

Finally, let me mention another bishop I got to know as a married adult. This bishop described himself as “old school.” He was traditional in many senses of the word. Many more liberal members of the congregation were nervous at his call. But his heart was big and his humility bigger. Though I wasn’t serving directly with him, he asked that I send along my thoughts on the ward. In time we began a habit of regular meetings in which we would talk together about challenging topics (often gender) and share our perspectives. When my wife left the Church, his questions were about how this was affecting our family and how he might help, not how he judged us. Though he felt a great responsibility to guide the congregation in the ‘right’ ways – and was open about his traditional approach – he was genuinely curious about alternative perspectives and solutions.

In my first post for Rational Faiths, I wrote about three ways in which the priesthood had helped me to be a better man. To that list, I’ll add the opportunity to serve with men like this, men who were sincere in their spiritual convictions and more sincere in their love and humility. For them and others like them, I am grateful.