Lest They Be Converted: Mark’s Messianic Secret 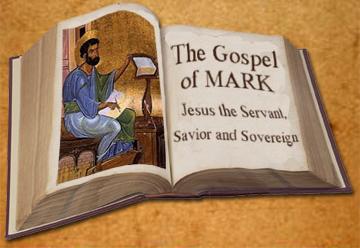 While teaching a New Testament class last year at the community college where I work, I stumbled upon the following verse in Mark:

“That seeing they may see, and not perceive; and hearing they may hear, and not understand; lest at any time they should be converted, and their sins should be forgiven them.” (Mark 4:12)

So what about this verse? Well, first it’s found sandwiched in between the parable of the sower and its interpretation (for the disciples’ ears only). Jesus goes from teaching by the sea side, to speaking privately with his disciples like they are the only ones “in the know.”

But it’s not only who he is speaking with; it’s what’s actually being said. “….lest at any time they should be converted….” Does this mean the Gospel is only for a select few? And that Jesus only pretends to care about the rest by speaking in parables they cannot understand? What is really going on here? Is there some secret knowledge being passed on or imparted to his disciples? Or even more importantly, is there a portion of the Gospel that has been “lost” to our time? As Mormons, we would certainly relate to this sentiment!

Many Biblical scholars believe that Mark- the shortest of the Gospels- was written first, and that Matthew and Luke both borrowed material from Mark and added their own material to complete their own unique spins. Matthew was written for the Jewish community, and Luke was written for Greek converts. But who was Mark intended for? If his book truly was written first, does it stand alone? And does it contain its own mystery teachings geared towards a specific audience?

Mark is often noted by biblical scholars for its air of immediacy and secrecy, sometimes referred to as “Markan Secrecy/Urgency” or “the Messianic Secret.” It seems as if everything that happens in Mark’s gospel happens quickly, immediately …and then on to the next. Mysterious people dressed in white disappear just as soon as they appear. There seems to be a lot going on in the background of which we are unaware at first glance. And we probably wouldn’t notice it if it were not pointed out to us. Funny how the mysterious and enigmatic pieces of the Markan narrative just completely allude us as they become absorbed into the greater Christ narrative, as it is traditionally taught in Christian circles.

At the beginning of last summer, I read a book by Victoria LePage entitled Mysteries of the Bridechamber: The Initiation of Jesus and the Temple of Solomon (Inner Traditions, 2007). While this book was not an easy read, and yes, the title is somewhat misleading, it did shed light on some of these missing pieces that might offer clues to the Markan mystery. LePage argues that Jesus actually belonged to one of the mystery schools of Egypt, which was popular in the region of Galilee, to the north of Jerusalem.

We have to keep in mind there was a flourishing Jewish community in Egypt, with its own fully functioning Temple and this is most likely where Mary and Joseph took Jesus during the time of his infancy when they fled the wrath of King Herod. Even Matthew 2:14 alludes to this when he speaks of Mary and Joseph’s flight to Egypt to escape Herod, and then quotes from the prophet Hosea, “Out of Egypt I have called my son.”

The priests who ran this Egypt-based temple were members of the Zadokite Priesthood (this name being derived from Melchi-zedek), which was at political odds with the Jerusalem Temple at that time. This would explain why Jesus, a rabbi, was always at odds with the Sanhedrin, who really were nothing more than puppets for Rome. After reading LePage’s book, I am convinced it was this particular religious community based out of Egypt that Mark was addressing – and the reason for Mark’s enigmatic writing style.

Perhaps this is why Jesus speaks in parables, such as the sower and the seed – or even the mysterious mustard seed also mentioned in the same chapter, which concludes abruptly with – “…What manner of man is this, that even the wind and the sea obey him?” (Mark 4: 41).

Mark 4:22 says, “For there is nothing hid, which shall not be made manifested; neither was any thing kept secret, but that it should come abroad.” Is not this same sentiment expressed in 2 Nephi 30:17?

But perhaps for me the most enigmatic saying of all is found in verse 17 of this same chapter, “And have no root in themselves….”

In the end, it all goes back to the condition of the heart.

Reference: LePage, Victoria. Mysteries of the Bridechamber: The Initiation of Jesus and the Temple of Solomon. Inner Traditions, 2007.