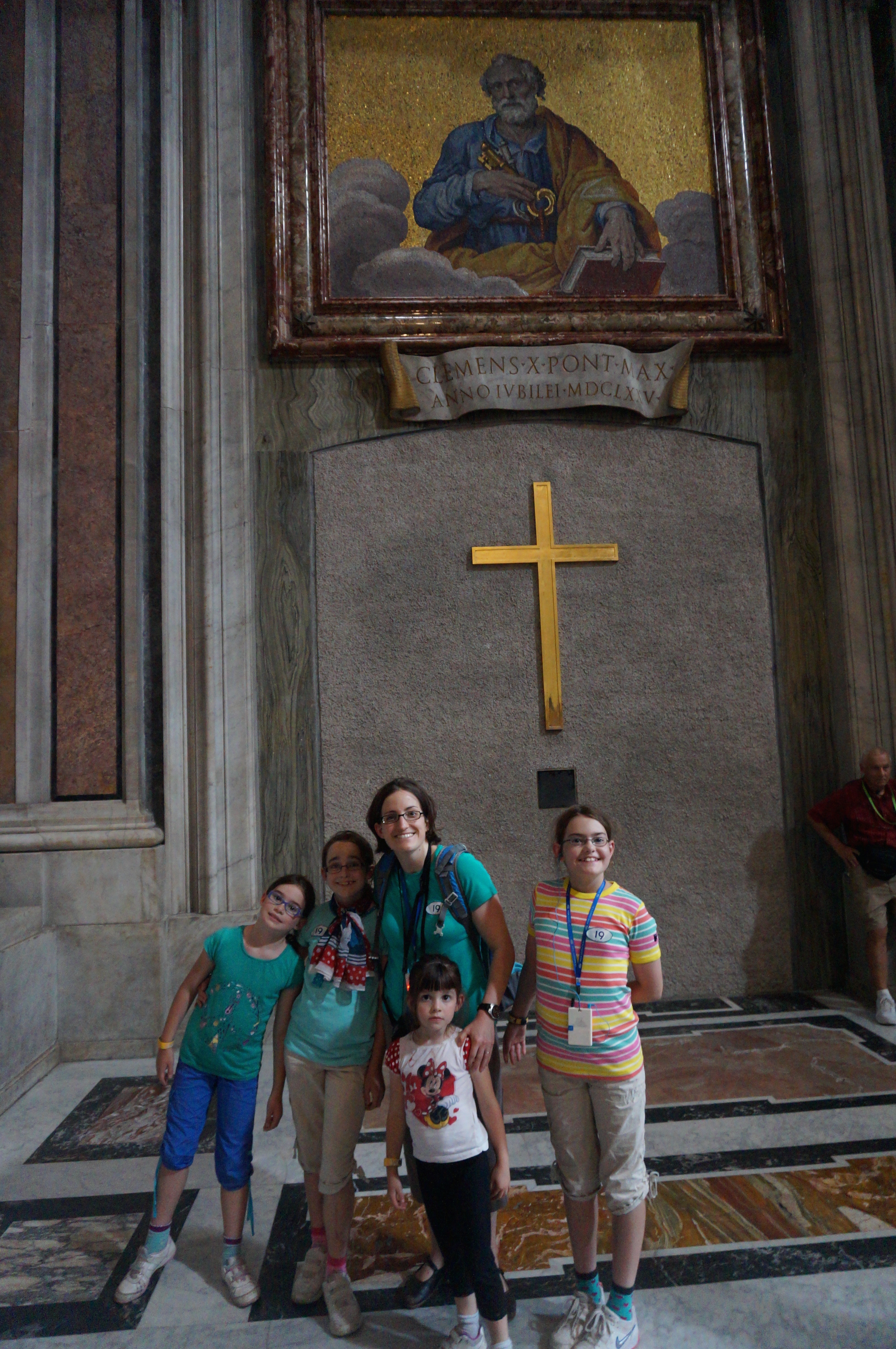 A few months ago I wrote a post about making a hole in the roof because I felt that that the doors and windows of church have been cemented over and walled off. 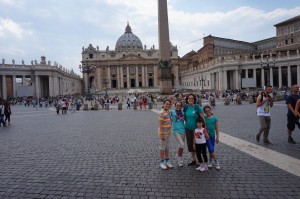 So imagine my surprise when I was on a tour or the Vatican this summer and the tour guide starts talking about a cemented over door. So instead of taking pictures of the amazing ceilings, alters, or artwork in St. Peter’s Basilica I was taking pictures of a door covered with cement. 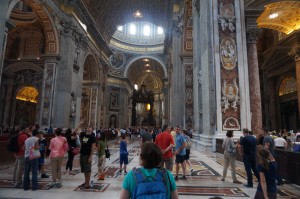 For background purposes-the sealing of the door goes back to the 14th century and is generally opened every 25 years, on Christmas Eve, to celebrate the marking of the Jubilee year. Before 1975 it was actually walled off with brick. You can read more of the history of the door here on the Vatican website. 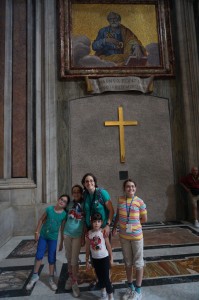 The Holy doors have their own rich symbolism within Catholicism, but like I wanted to discuss in this post what the door symbolized to me.

For me the door represents the cycle of change and progress within religion. Change within some churches always seems to be fought with difficulty and wrestling. The systematic blocking and removal creates a feeling of reoccurring hope. For me it captured the complexity of the cyclical nature of human progress. While structural change cannot be placed on a calendar like the Year of Jubilee, the hope that is one day open sustains me. While I always love visiting religious cites (and drag my children against their wills) Standing against a door that appeared to be impenetrable, and currently I was not allowed to open it myself, but knowing that one day someone again would knock down the cement filled my soul so much joy.