I’m a Democrat Because I’m a Mormon 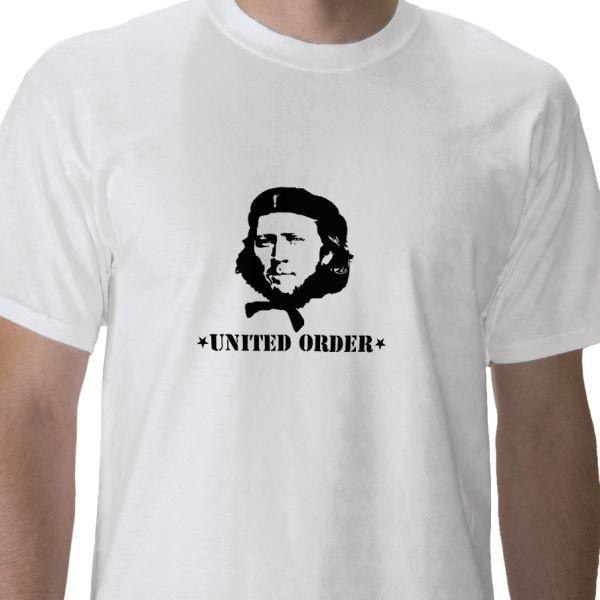 Brother Harry Reid’s statement about the intersection of his faith and his politics has become one of the most powerful rallying cries for Mormons who are not fans of the Republican Party or conservative ideology. In this particular election year, many Mormons are realizing that the Republican Party just doesn’t jive any more with their personal beliefs.

In this post, I recommend articles by several liberal authors whose politics are inspired by their Mormon faith. I also highly recommend the “Why I’m a Mormon Democrat” series over at MormonPress.

It is not uncommon for members of the Church to ask how I can be a Mormon and a Democrat,” he said. “Some say my party affiliation puts me in the minority of our Church members. But my answer is that if you look at the church membership over the years, Democrats have not always been the minority, and I believe we won’t be for long. I also say that my faith and political beliefs are deeply intertwined. I am a Democrat because I am a Mormon, not in spite of it.

I feel that same optimism when I think of how the Lord has directed our current leaders to enact laws that have comforted the poor and needy, the sick and the downtrodden. By expanding health care access, they are following Christ’s ministry of caring for the sick. By enacting Wall Street reforms, consumer protections, an auto industry bailout, and economic stimulus, they have brought us back from the greatest economic recession since the Great Depression and are providing economic justice for all. And now by working to raise the minimum wage, increase paycheck fairness for women, and eradicate poverty throughout the world, they continue to follow Christ’s admonition that “Inasmuch as ye have done it unto one of the least of these my brethren, ye have done it unto me” (Matt. 25:40).

As we pull into the home stretch of a brutal presidential election, Mormons in Utah are wondering whether anyone in politics reflect their values. While Republicans have traditionally relied on Mormons as some of their most reliable religious supporters, this cycle has seen that party champion a man who passionately opposes almost everything Mormons hold dear. The Utah Republican Party, placed in the unenviable position of either opposing their party’s nominee or opposing their state’s values, has decided on their party. The GOP seems to be going out of its way to alienate Mormons.

In Clinton, I see someone who relates to the best part of who I am. She has proved her ability to keep calm and carry on under the most strenuous of circumstances. She is a leader who listens, who studies, who works, who never gives up and who has been true to her commitments at every turn. She is prepared to lead with the same balance, thought and fidelity with which she has approached so much of her life. It is my prayer that my friends, my fellow mothers and my fellow Americans will choose the serious, motivated, right-minded option for America and elect Hillary Rodham Clinton as president.

Moreover, Clinton accomplished some important things during that service. While a senator she introduced or co-sponsored bills to encourage American companies to make products in the U.S., regulate inappropriate content in video games, provide broadband internet service to rural communities, aid homeowners in refinancing their mortgages, and help update medical technology. Although a Democratic senator from a traditionally Democratic state, she also reached across the aisle and worked with Republican senators, including Lindsay Graham and Bill Frist.

While I acknowledge serious concerns about Hillary Clinton’s judgment, partnership themes can be found in her rhetoric. Hillary’s policies, platforms and language demonstrate an awareness of our shared humanity and an appreciation for diversity. She actively advocates for women’s rights, family-friendly policies such as FMLA, and shows compassion and concern for refugees and immigrants through putting forth policies that try to balance the law with moral sensitivity. Her book, “It Takes a Village: And Other Lessons Children Teach Us,” acknowledges the need for collaboration, partnership and community to meet the needs of children and families. Additionally, research findings suggest that female leaders tend to focus more on issues that directly impact families and vulnerable populations.

Like many of you reading this, I have five kids, am married to a Republican BYU grad, and cherish my faith in the church. In 2009, I received an unexpected offer to serve as speechwriter and senior adviser to Hillary Clinton at the State Department. I had never worked with her, but I had certainly heard a lot of rumors. In the four years that followed, we collaborated on over 200 speeches, traveled to dozens of countries, and had deep discussions about faith and family.

The Hillary Clinton I worked with bears no resemblance to the caricature I had heard described on talk radio. She is a woman of sincere faith. After I joined her staff, one of her confidants took me aside. “If you’re ever unsure how she would approach an issue, remember that Hillary Clinton is, at her core, a Midwestern Methodist.” In virtually every speech, she had us reiterate that her goal is to help build a world in which every boy and girl has the opportunity to realize their God-given potential. Once, when rushing to deliver a draft, I left out the phrase “God-given.” She pointedly wrote the words back in.

In the eight years since we’ve had a pro-choice president, the abortion rate in the US has dropped to its lowest since 1973. I believe the best way to keep this trend going is not to simply make it harder for women to terminate unwanted pregnancies but to create a culture with fewer unwanted pregnancies to begin with. Data suggests progressive social policies that make health care and child care more affordable, make contraception more accessible, alleviate poverty, and support a living wage do the most to create such a culture, while countries where abortion is simply illegal see no change in the abortion rate.

—Rachel Held Evans (the only non-Mormon on the list, but someone all Mormons should be reading)