History: from Aspiration to Inspiration 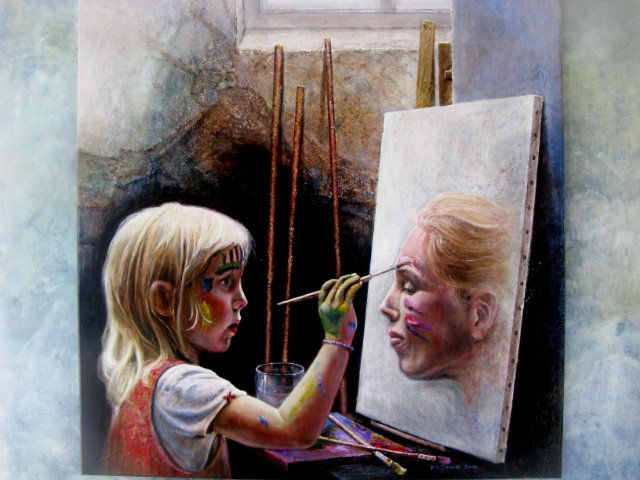 I have very nearly finished reading every general conference talk given by the first four presidents of the LDS church: Joseph Smith, Brigham Young, John Taylor, and Wilford Woodruff. As I’m working through Wilford Woodruff, a trend has stood out to me because it is in such contrast to my current life. Here are some quotes from 4 October 1890:

Our Heavenly Father revealed from heaven, over sixty years ago, to the inhabitants of the earth, through the mouth of the Prophet of God, whom He raised up, that He had set His hand once more, for the last time, to prune His vineyard and to prepare the people of the earth for the coming of the Son of Man.

These are some of the principles that have been taught from the time of Father Adam down to that of every Patriarch, Prophet, Apostle–and even the Savior himself–in their day and generation, as the only Gospel ever revealed to the human family in any age of the world. There has never been but one Gospel; that Gospel is “the same today, yesterday and forever.” That Gospel is the same that was taught by Adam to his children; which Elijah, Methuselah, and all the ancient prophets and patriarchs taught to their posterity, and the inhabitants of the earth.

Now words like these aren’t really very different from things Joseph or Brigham said, but something significant changed in the practical understanding of these ideas. You see, with Joseph, he thought he was simply restoring past teachings that had been lost. In many instances that is demonstrably true–Joseph was bringing together ideas that existed but were no longer part of Christendom. But the practical effect of viewing himself as a restorer of things that had been lost was an intense newness to much of what he did. Joseph looked back toward a past that was either lost, or had never really existed, and his resulting teachings and actions were effectively a projection into the future of the world he hoped to create. To paraphrase him, if we end up in Hell, we will cast out the devils and make a Heaven of it. Practically speaking, Joseph was about creating the future, not recreating the past–whatever he said or thought to the contrary.

Brigham Young was much the same. For years he hung on Joseph’s every word, and he never lost sight of that, but Brigham acted like most everything was still up for modification. He repeatedly changed the temple ceremonies. He changed who could get the priesthood. He said if Joseph were to translate the Book of Mormon again, it would probably be substantially different. He experimented with the structure of the United Order. Brigham looked to past prophets, and quoted them when it suited him, but he wasn’t shy about using their teachings to promote his modern agenda.

John Taylor was interesting and a little dull. He spent much of his presidency in hiding, writing long general addresses to the church while he avoided arrest for polygamy. Polygamy overshadowed most other topics, and he frequently wrote about hanging onto Joseph’s teachings despite the pressures to let them go. It was almost like he didn’t have time or energy to do more than defend what already was against active attack from the outside. He probably didn’t.

Wilford Woodruff largely ended the conflict with the outside world after the declaration ending polygamy (or beginning the end of polygamy), but it seems like a consequence of this was the need to show that the current church was still the same as the past church. In effect, revelatory innovation all but died at this point.

As with many others, I spent my youth looking to know Joseph, looking to understand the Restoration he began, and looking for the light he revealed about God and Jesus. Things long lost could now be understood! Listen to our living prophets, and all we need to live holy lives would be given us, if we listened carefully enough and obeyed as best we could. And like many others, I tried to balance the listening to prophets with listening to the Holy Ghost–something all the prophets told us we should be doing. I tried to balance personal and institutional revelation. At some point my experiences, study, and natural inclinations led me to recognize conflicts between my personal experience of God and goodness and various cultural norms. Later on I began to recognize differences between my own revelation and institutional revelation. I found that more and more of my real questions were not well answered by appeals to past prophets. I could find inspiration in their words. I could often interpret their words in ways that gave me useful answers. But the answers weren’t really in their words. The answers were in other books I read with, for example, more detailed information about the history of life on earth, with more thorough, statistical analyses of parenting and relationships, with more specialized knowledge of social and individual psychology, or with more technical knowledge about likely future trends in technology and its influence on the future of humanity. Looking to past prophets was answering fewer and fewer of my unanswered questions.

What of looking to living prophets? Feel free to evaluate the evidence yourself, but I began to notice that most of what they taught referenced past prophets. This makes great sense to me, but it means that little that they teach answers my unanswered questions.

Now it would be wrong to say that I don’t look to the past. I am constantly reading books that by definition are past knowledge. Many of the books I read and love aren’t even recent. I still derive great worth from dead prophets–even thousands of years dead. But I have lost the religion of my youth. I have lost the wonder at finding everything important I wanted to know had been talked about by a past prophet. I haven’t lost the desire to learn from history. I still think we must learn from it or suffer the same errors, but I no longer yearn for a magical past–the days of Adam when everyone had the unadulterated Gospel nearly straight from the mouth of God.

I haven’t lost my longing for Zion. I have lost any hope that we can build it by recreating the city of Enoch or Mesoamerica after Christ’s visit. That isn’t our world. Our world is now, and our world is coming. We are shaped by the past. We are wise to look to the past. But I have lost the trust in the past I had as a youth. The trust I have left is really a hope–a hope that God is there, a hope that our Heavenly Parents really set us on a path to be like them, a hope that we really can partake of the Atonement and become one as children of Heavenly Parents.

I’m still a believer that the most important task of this life is to show we are morally good–especially loving–individuals. That’s it. Love. Everything else is secondary, or as Paul put it, without Love I’m just a noise maker. But for me the best expression of that love is how I contribute to building Zion. And for me building Zion is about looking to the future. It isn’t about getting ordinances (that I imagined were more constant than they ever really were) to all the world. It isn’t about spreading sound bites about the nature of God to all the world. But I still believe in doing those things, because it is about covenanting with the world to take upon me their burdens. To live with them throughout eternity, knowing that I will sometimes hurt them and they will sometimes hurt me. It is about sharing what truth I have and looking to learn from their truths. And that covenant has never changed. It has never lost its value. God’s promise to save his children–every single one who will be saved–has been around forever. At least I hope so. That’s my faith in the past. That’s why I long for a Mormonism that is more about living the restoration than about knowing what has already been done. A Mormonism that judges what is right by its fruits more than by what a past prophet has said.

Maybe it’s a stage of life. I physically and socially can’t be part of Mormonism the way I was as a youth. I can’t serve in church the way I did from age 18 to 37, so I have to see Mormonism differently or simply accept that I’m a bad Mormon–and maybe I don’t want to accept that. But I like to think that life pushing me to the fringe of Mormonism has given me added perspective. I like to think it has given me more empathy. I like to think it has given me clearer direction about how I, in my special life that Heavenly Mother and Father laid out just for me, how I am to show that I’m a loving being. How I am supposed to help build Zion. How I am to give my all to build up the kingdom of God. For me it seems to mean more imagining the future, inspired by the past, and less aspiring to the past.

Image Credit: Past, Present and Future by Mark Stolk