On Hell, Aliens, and a Near Death Experience 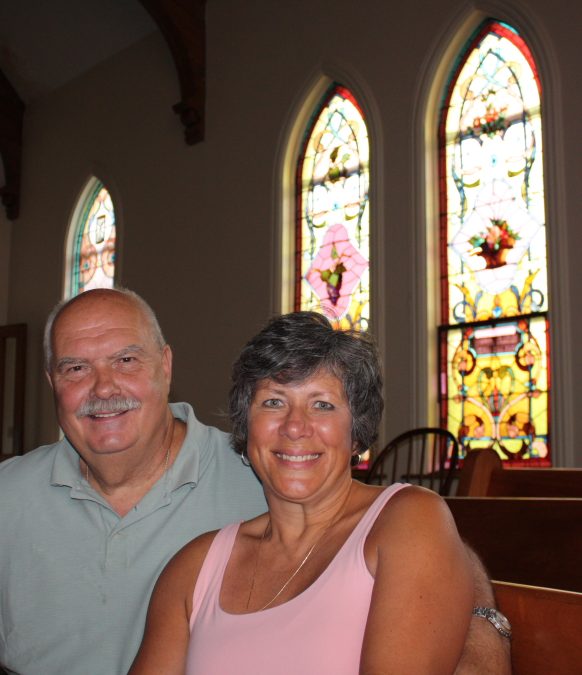 Back in 1985, Rev. Howard Storm had a Near Death Experience (NDE) in which he was first taken to hell and dramatically rescued by Jesus. In 2000, Storm published a book entitled My Descent into Death recounting his NDE. He was featured on Oprah twice in the 1980’s, Phil Donahue, and has appeared on numerous television networks, including CBS Discovery, the Learning Channel, the Today Show, along with TBN, Praise the Lord and the 700 Club.

My Descent into Death: A Second Chance at Life (2000/republished 2005 in hardcover by Doubleday with forward by Anne Rice) is a gripping account of Storm’s Near Death Experience, at the time a self-avowed atheist and successful art professor at Northern Kentucky University. While taking his art students on a trip overseas to France, he experienced severe pain due to perforation of the stomach and had to be rushed to the emergency room. During that time, he had a Near Death Experience in which he was first taken to hell and then later rescued by Jesus.

Following his dramatic rescue, he was shown heaven and told many things concerning the future of this world. Storm’s experience is unique in the realm of NDE’s in that he did not go directly towards the proverbial “white light,” but was instead lured into the “dark side” first and then later brought into the light by Jesus Christ himself.

I met Rev. Storm through a seminary friend back in 2002 and received a signed copy of his book. I spoke with him about two years ago after I had struggled to make sense of some of my own spiritual experiences. Recently, I learned that Alcon Entertainment will be producing a movie based on Rev. Storm’s experience. The film will be produced by Mark Clayman (“The Pursuit of Happyness,” 2006) and is currently in the production phase.

The twist? The film will actually focus on the “hellish” side of Storm’s experience. This came as a shock for me when Storm told told me this. I know from my previous discussions with Storm that this part of the experience was very traumatic for him.

“Anyone who talks about hell doesn’t know about it. Those who have been to hell don’t want to talk about it,” Storm explained. If Storm had it his way, he would focus more on the love of Christ and his dramatic rescue.

“I have no control over the movie. Zero. I’ve just been praying a lot and believing God is behind this….so I figure God is going to do something good with it.”

What I found most interesting while I was conversing with Rev. Storm were the ways in which his Near Death Experience coincides with Mormon doctrine, and yet, Rev. Storm is a retired United Church of Christ pastor.

And the Mormon doctrines on eternal progression are consistent with what Storm was taught in his NDE, “When we get to heaven, we have a lot of work to do.”

So perhaps those “apocryphal” Mormon stories concerning “work in the spirit world” are really true, although, if truth be told, I have no desire spending my eternity doing Visiting Teaching. (I still don’t have a testimony of that!)

And maybe we do get our own planet after all! Storm explains, As we grow and develop, we’re given responsibilities, little jobs.” Eventually, we will rule “over solar systems and galaxies.”

I also learned that Joseph Smith was right when he claimed animals have souls. Growing up evangelical, I was taught otherwise, so that made me happy to know my little parakeet Judson is going to heaven– assuming he can behave himself. (I’m joking! He’s a good bird most of the time.)

The other surprise – there is intelligent life on other planets. But as Mormons, we already know that. That said, Storm pointed out that Jesus made it very clear the aliens who come to this world are not to be trusted! (like “the greys”) Angels, however are God’s messengers and are to be trusted – assuming they are sent by God.

But at the same time, so many of the things that concern us as Mormons were not really all that important in God’s eyes- like following the Word of Wisdom and issues like homosexuality.

Speaking of the Word of Wisdom and other religiously-based dietary laws, Storm comments, “I don’t believe those acts of piety make us any less holy….only unto ourselves.” I found Storm’s wording on this issue interesting,  considering the “Holiness unto the Lord” descriptions on our LDS Temples and knowing many of us (converts, especially) struggle to live up to this standard.

Making reference to the Apostle Peter’s refusal to eat with converts, Storm’s reply was that these things “shouldn’t be a barrier.” And yet, for many Mormons, they continue to be.

For Storm, the Gospel is clear, “Love God, love your neighbor as yourself.”

It’s not always easy, but after speaking with Storm, I have concluded that God takes this “love” message very seriously. And I am trying harder to follow Jesus’ teachings in my own life, although I am the first to admit I am far from perfect.

The purpose of Howard Storm’s story is simple, “Do you follow Jesus?”

“The whole point of the story is ultimately that God loves us and God’s desire is that everybody comes to God. Sad people reject God,” Storm explains.

For Storm, the most difficult part of his experience is when his own brothers and sisters in Christ don’t believe him. Yet, he knows what he saw.

When asked about the movie, Rev. Storm replied, “I’m sure the movie is not going to be about me,”….adding, “I would love it if people would just see the movie and go to church.”