He Will Place you on His Shoulders and Carry You Home 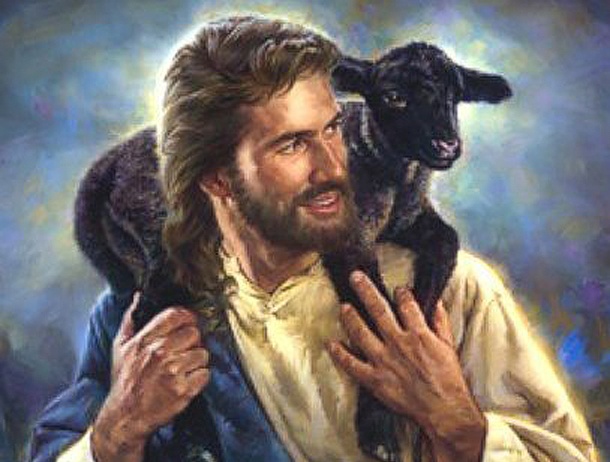 I was asked to talk in church about on President Uchtdorf’s April 2016 talk titled He Will Place you on His Shoulders and Carry You Home. The following is an adaptation of my thoughts.

This talk was one of my very favorites of the conference session, and President Uchtdorf didn’t even make any airplane metaphors. Even despite this almost inexcusable fact, the sermon is packed full of answers. I am going to propose three questions that it can be answer: 1) Who is too far gone? 2) Who “deserves” God’s help? And 3) What is the point of obedience?

First, Who is too far gone?

Save those rare sons of perdition, there is no life so shattered that it cannot be restored.”

I am going to cheat a little bit and quote President Uchtdorf’s 2013 talk Four Titles as a secondary part of his answer to this question:

We have all seen a toddler learn to walk. He takes a small step and totters. He falls. Do we scold such an attempt? Of course not. What [parent] would punish a toddler for stumbling? We encourage, we applaud, and we praise because with every small step, the child is becoming more like his parents.

And here’s the thing: in the eternal scheme of things, we are all toddlers, aren’t we? I mean, what is 25 years compared with eternity? 50 years? Someone could be 150 years older than someone else, and they’re both spiritual toddlers. With that in mind, imagine the bemusement our Heavenly Parents must feel when one of us earthly toddlers, still learning to walk, turns to another toddler and scolds them for stumbling and falling.

This reminds me of an experience I had when I was little. I was talking with my dad and I started to smell something. I asked him what that smell was and he told me he didn’t know because he couldn’t actually smell anything. I said “well c’mon. Just sniff harder. There’s a smell here–I can smell it– and you just need to sniff and then you’ll smell it.” He tried but still to no avail. So I, being the resourceful young son that I was, offered to help his. I pinched my fingers under my nose and held my fingers under his nose. “There, I said. Now do you smell it?”

Sometimes we can be like the foolish young me in that story. We think that because a doctrinal point, a scripture, or a prophetic teaching is clear to us, that it must be equally clear to everyone. If they don’t get it, they’re just not sniffing hard enough. Turns out, that’s just not how it works.

So if pretty much nobody is too far gone, and if sometimes something that is obvious to us isn’t that obvious to someone else, what do we do? I am going to sneak in a quote here from Jay Bakker, a pastor from another Christian church. He discusses the parable of the prodigal son:

“I used to ask myself,” he says, “Who am I? Am I the prodigal? Or am I the older son? The prodigal is humble and contrite; the older son, proud and vain. But I don’t think that’s what we’re supposed to get from this story. It’s not about identifying as the younger or older brother. It’s about being like the father, who accepts them both. It’s about welcoming the legalistic son and the crazy wild son both into your family. It’s saying I want you both in my presence. I don’t want to lose either of you” (125).

Or, to paraphrase the title of President Uchtdorf’s talk, it’s saying I will place you on my shoulders and carry you home.

The sheep is worthy of divine rescue simply because it is loved by the Good Shepherd.

That is an incredibly powerful teaching. We, the sheep, are loved by the Good Shepherd. Because of that, we deserve the Savior’s help. End of story. But Presidennt Uchtdorf doesn’t end with that story. He anticipates our follow up question: “Okay, so maybe everyone deserves Christ’s help, but some people you know bring it upon themselves. They stop doing the right things or start doing the wrong ones. They agree with the wrong people or disagree with the right ones.”

President Uchtdorf anticipates and answers our follow up question with a continuation of his lost sheep metaphor:

It matters not how you became lost—whether because of your own poor choices or because of circumstances beyond your control. What matters is that you are His child. And He loves you. He loves His children.

So now what? How does that change how we treat one another? I’ve always personally had a difficult time with the saying “What Would Jesus Do.” It’s a great idea, but it’s sometimes difficult for me to imagine myself as a perfect deity. Instead, I like to consider the phrase “What Would I Do To Jesus.” He came to earth for the specific and express purpose of standing in for each and every one of us. He literally put Himself in our place. Every one of us. So Christ himself came to earth to stand in for even that guy who doesn’t seem to understand how to use turn signals properly on the road. Even him. Even me.

This is an incredibly challenging way to look at the world. Imagine someone who is literally the worst. Someone who likes the worst presidential candidate, say. Or maybe someone who agrees with the wrong interpretation of Mormon doctrine. Someone who doesn’t use their turn signals. Hypothetically. Imagine this person. Now, before we tie their shoelaces together in our minds and push them over, pause for a minute and imagine the Savior.

Finally, What is the point of obedience?

President Uchdorf mentions a common metaphor for obedience: the iron of a blacksmith. He says “we may pound the metaphorical hammer of obedience against the iron anvil of the commandments in an effort to shape those we love, through constant heating and repeated battering, into holier, heavenly matter.”

He acknowledges that there may be times when this violent, confrontational, metaphor explains the nature of obedience. But then he goes a step further to propose another metaphor: “Maybe obedience is not so much the process of bending, twisting, and pounding our souls into something we are not. Instead, it is the process by which we discover what we truly are made of.”

In this light, the answer to the question “what is the point of obedience” isn’t “to become a battle-ready sharpened piece of metal,” but “to learn about our heavenly parents.” We don’t obey to make ourselves into something: we obey to learn what we already are.

This is an interesting time in the history of the Church. Many people are struggling. Many people feel like they don’t quite fit in body of Christ any more. It’s not so much that the hand is saying to the foot I have no need of thee. It’s that many among us feel like the appendix. The rest of the body is saying okay fine you can stick around but don’t raise a stink. Don’t ask the wrong questions. Don’t believe the wrong things. And certainly be careful about what you say out loud–we don’t want your weird appendix germs getting all over us. We can’t quite understand why you’d even want to be here.

Elder Wirthlin anticipated this feeling when he opposed what he called

the erroneous belief that all members of the Church should look, talk, and be alike. The Lord did not people the earth with a vibrant orchestra of personalities only to value the piccolos of the world. Every instrument is precious and adds to the complex beauty of the symphony. All of Heavenly Father’s children are different in some degree, yet each has his own beautiful sound that adds depth and richness to the whole.

But man, piccolos must really make an orchestra uncomfortable if it’s accustomed to string instruments.

We are created by the Almighty God. He is our Heavenly Father. We are literally His spirit children. We are made of supernal material most precious and highly refined, and thus we carry within ourselves the substance of divinity.

Here on earth, however, our thoughts and actions become encumbered with that which is corrupt, unholy, and impure. The dust and filth of the world stain our souls, making it difficult to recognize and remember our birthright and purpose.

But all this cannot change who we truly are. The fundamental divinity of our nature remains. And the moment we choose to incline our hearts to our beloved Savior and set foot upon the path of discipleship, something miraculous happens. The love of God fills our hearts, the light of truth fills our minds, we start to lose the desire to sin, and we do not want to walk any longer in darkness.