A Family’s Influence on Faith 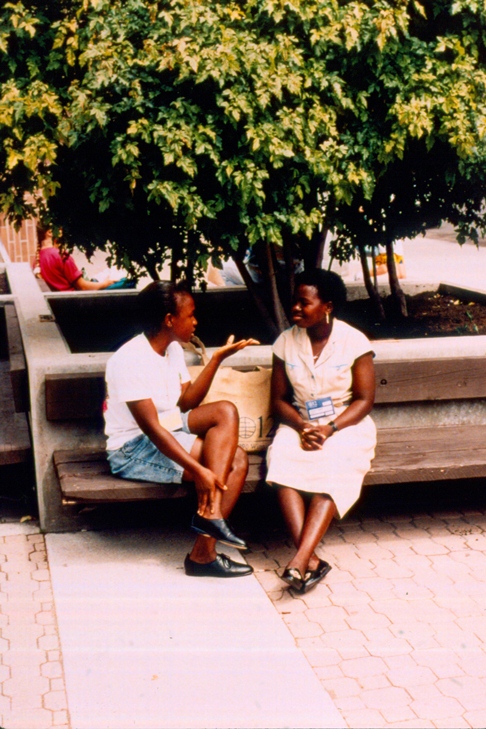 This week I was watching an episode of Parenthood where the christening of a six month old baby took place, mostly because of the maternal grandmother’s demands to make it happen.  The father of the child was brought up in a non-religious household. The mother of the child was brought up in a devout catholic household. The grandmother insisted that the christening be done that weekend as the baby was already six months old and her soul was in danger and hanging in limbo.

The parents go along with it and it causes a lot of drama in the family as they have to make arrangements to accommodate different family members.

As the parents are getting their daughter dressed, the father asks his wife why even does it when “you don’t really believe that stuff”.

She responded by saying, “You don’t have to, you know? Any reason for the family to come together is a good reason, no matter what it is.”

This brought about some deep thinking. Of course we do things just for the sake of family. We make concessions all the time.
But with religion?
With something of such a personal nature it seems a little absurd to do things just to make family members happy.

And then I realized just how much our families influence our faith and our own religious choices and actions.

As many people deal with a differing perspective of faith within the LDS church, it is interesting to see how much their family influences what they do or don’t do, meaning what actions they take or things they say and what they are then public about.
Each decision a person makes about their own thoughts or actions which go against the grain of the LDS church and church culture, is heavily weighted by how their families will react and if that reaction is worth doing or believing whatever they are considering.

From the many forums I frequent with people all over the faith spectrum, I have seen so many people struggle with this issue. Granted, some own their truth, which is amazing and brave. But there are so many others who continue to wonder how to keep the peace while living a genuine life.

There are so many people who continue to try to make a religion work for the sake of their family. Many people baptize or bless their children just because of tradition or because it will make their family happy. There are some who hide their booze or coffee when their in laws come over and some who throw sweats and a jacket over their tank and shorts when the doorbell rings or if they go outside. Others make sure the “less than faithful” Mormon groups they are in on Facebook are secret so they won’t be criticized for their being part of an “anti-mormon” group. Some have to avoid liking, commenting on, or posting things that their friends and family will see and might not like. Some people go to the temple for family member’s endowments or weddings even though they don’t find the rituals there uplifting. Some can only talk about how they prayed and went to the temple and read the scriptures before expressing any kind of doubt, because of the implications of information coming from any other source.

And so it goes. We continue doing things to put on a show or pretend to be what we are not because of our family’s influence on our faith. We do things like the above because “any reason for the family to come together is a good reason”.  But so often, by doing so, many feel like they are giving up a part of themselves. Their family may be happy, but they are not.

I think we all, as humans, have a deep desire to be genuine and I feel like doing so is sometimes hindered by our own families. The same families where being ourselves was championed in our youth.

As adults we risk being genuine and being scorned, scolded and born testimony to about the error of our ways, or we stay quiet to maintain a peaceful relationship while feeling disingenuous to our inner selves.

The later is a terrible turmoil to live in.

What would have happened in Parenthood if the parents had decided to not to christen their baby because they were fundamentally opposed to it? If they had decided to be genuine and honest about their feelings and discuss them with their mother/mother in-law? How would she have treated them? With frustration and anger perhaps? Passive aggressive actions or words? Sadness for the child’s soul? Sadness for their child and in law who have chosen a different path which she may believe leads to damnation?

Or maybe she could have been accepting of their feelings and they all could have moved on and found other ways to be together and happy.

I think it is important for feelings and concerns to be heard on both sides, but I feel like it needs to and can be done in a positive way with listening, patience, empathy, and understanding.

It is my hope that each individual can be genuine and true to themselves without the fear of what it will do to their families. I hope that we can be accepting of the feelings of those who are on a different path, whether that is a path of belief or disbelief. I hope that we don’t have to continue to do things just to keep our family members happy, but rather we can all be together and happy in spite of religious differences.

Someone shouldn’t have to christen their child just to bring their family together and make them happy when there are so many other constructive reasons for the family to come together.