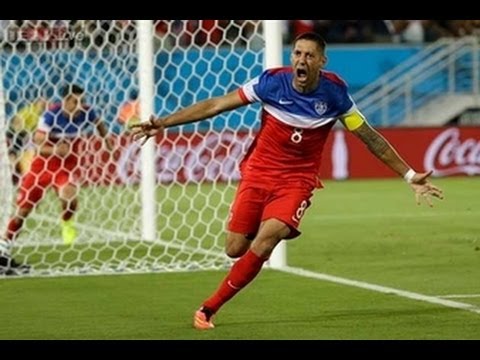 Like many I know, I’ve spent the past couple of weeks watching the World Cup. I am a loyal fan of Team USA. During that same time period, I’ve joined many other Mormons in reading official statements, opinions, interviews, articles, and Facebook posts dealing with the loyalty-based disciplinary actions initiated against Kate Kelly and John Dehlin. I have a great many thoughts on the matter, most of which end in question marks. I don’t want to comment specifically on their cases, and I don’t think I can add much to what has already been very well-discussed here online and in person all throughout the church. This is an incredibly personal issue, one that is stunning both in its complexity and implications for us all.

In pondering my group affiliations with varying levels importance to my life and salvation–USA soccer, my Mormon community, my fellow iPhone owners, etc.–my goal for this post is to introduce a model that has intrigued me in its relevance (or lack thereof) to communities of faith. A few summers ago I was introduced to the work of the German economist Albert O. Hirschman. He was interested in the study of organizations, particularly how members of an organization can express dissatisfaction regarding the “quality” of that organization’s “goods”:

[M]embers of an organization, whether a business, a nation or any other form of human grouping, have essentially two possible responses when they perceive that the organization is demonstrating a decrease in quality or benefit to the member: they can exit (withdraw from the relationship); or, they can voice (attempt to repair or improve the relationship through communication of the complaint, grievance or proposal for change). 1

It is important to note here that Hirschman’s model isn’t about the quality of organizations, or about the perception of that quality, but rather about what members can do when they see problems or issues, as well as the effects of those actions on the organization.

The underlying dynamic of exit and voice does seem to ring true in our religious context–questions or problems about doctrine, practice, history, etc. can lead to separation or voice, and sometimes both (though Hirschman argues that post-exit voice is significantly weaker than voice without exit). The relationship between exit and voice has important implications, according to Hirschman, because of the value of the voices most likely to exit:

[Those] customers who care most about the quality of the product and who, therefore, are those who would be the most active, reliable, and creative agents of voice are for that very reason also those who are apparently likely to exit first in case of deterioration. 2

This is made more clear by a specific example that rings just as true today as it did decades ago when he was writing. The problems of exit, he says,

might apply to public schools in a U.S. community where the most “quality-education-conscious” parents pulled their children out and put them in private schools. Their exit might goad school administrators into action, but the loss of their voice would likely have a much greater negative impact. 3

Exit does send a message, but that message contains far less context or content than does the message sent by way of voice. The “exit” and “voice” dynamic makes good sense for public schools–the most quality-conscious will leave upon discovering low quality, thus ultimately leaving the schools with little constructive quality-related input. But it raises questions in my mind when I start to think about it in relation to the church. For example, what constitutes “quality” in the church, and who cares the most about that quality? Is there only one type of quality, and if so, who decides what that type is? Are some members exiting because they are quality-conscious? What makes the quality-conscious members stay? What is “voice” in the church, and where should that voice be expressed? And what is the role of feedback from members in the first place? What is the role of members in the revelatory process? Based on recent Church statements, it does seem like members are being actively consulted on a range of issues, so it seems like members have at least some role, as I’ve suggested before in a sacrament meeting talk I posted previously.

The third point of Hirschman’s tripartite model is loyalty:

[Loyalty] can “neutralize within certain limits the tendency of the most quality conscious customers or members to be the first to exit.”

Loyalty to a school (maybe team spirit or alumni status) might help keep the quality-conscious parents from exiting, and thus keep their voice and its benefit to the group. 4 In the church, loyalty might take the shape of close relationships, a testimony, a desire for a testimony, a fulfilling calling, etc. In other words, while there might still be perceived problems or issues, “loyalty” stems the tide of exit, and in Hirschman’s model the benefit is the impact this has on voice: those who grapple with the problems can resort to voice rather than exit. Too much loyalty can, however, be counterproductive:

since “the effectiveness of the voice mechanism is strengthened by the possibility of exit,” too much loyalty will stifle voice.” 5

We have all experienced the voice-stifling effects of loyalty when talking about politics with an extra-loyal partisan (“all our problems can be blamed on Republicans!/Democrats!/Government!/Corporations!”) or discussing the quality of officiating with a loyal fan whose team lost a big game (“those refs lost us the game!”).

I don’t know if I can state definitively when voice is appropriate and when it isn’t in our church. I don’t feel comfortable making grand claims in either direction about the “quality” of the “product” being offered by the church. Like any organization that engages human beings in any significant way, the organization of the church has imperfection built in. I’ve made peace with that: I’m a believer in the importance of organizations to coordinate, teach, serve, maintain, innovate, and collaborate, and problems and issues will abound whenever we fallible humans are involved in any way. That’s part of the challenge of life–to love imperfect people along with their mistakes, even when we don’t think they deserve our love. Especially then.

I am very interested in the relationship of exit, voice, and loyalty to the faith community that I love. While I won’t draw any conclusions here, I will make one observation: there are two types of loyal member in Hirschman’s model. Loyalty exists in the members plugging along exercising neither voice nor exit, and it is manifest the ones exercising voice about particular perceived issues. 6

And now, a thought experiment: take an Apple customer. If the iPhone 6 comes out later on this year and is severely problematic and even unusable to some, Apple customers have a few choices: 1) Buy the new iPhone anyway and trust that Apple will sort things out. 2) Exit. Either from just the iPhone, or from the whole Apple ecosystem. 3) Voice. Stay loyal to the brand, but also express feelings and questions in hopes that the appointed leaders will hear them and make a change. 4) Claim to be the CEO of Apple and begin to make the changes themselves. Whether a person does #1 or #3 they are being loyal to Apple. The other two options are entirely different, and are outside the realm of loyalty. This is the challenge when it comes to the church: where is the boundary between #3 and #4? Some think that expressing any disagreement with any leader is #4. If so, then is there no option for #3?

Voice represents loyalty just as much as silence does. 7

What do you think? What is the role of voice in our church?