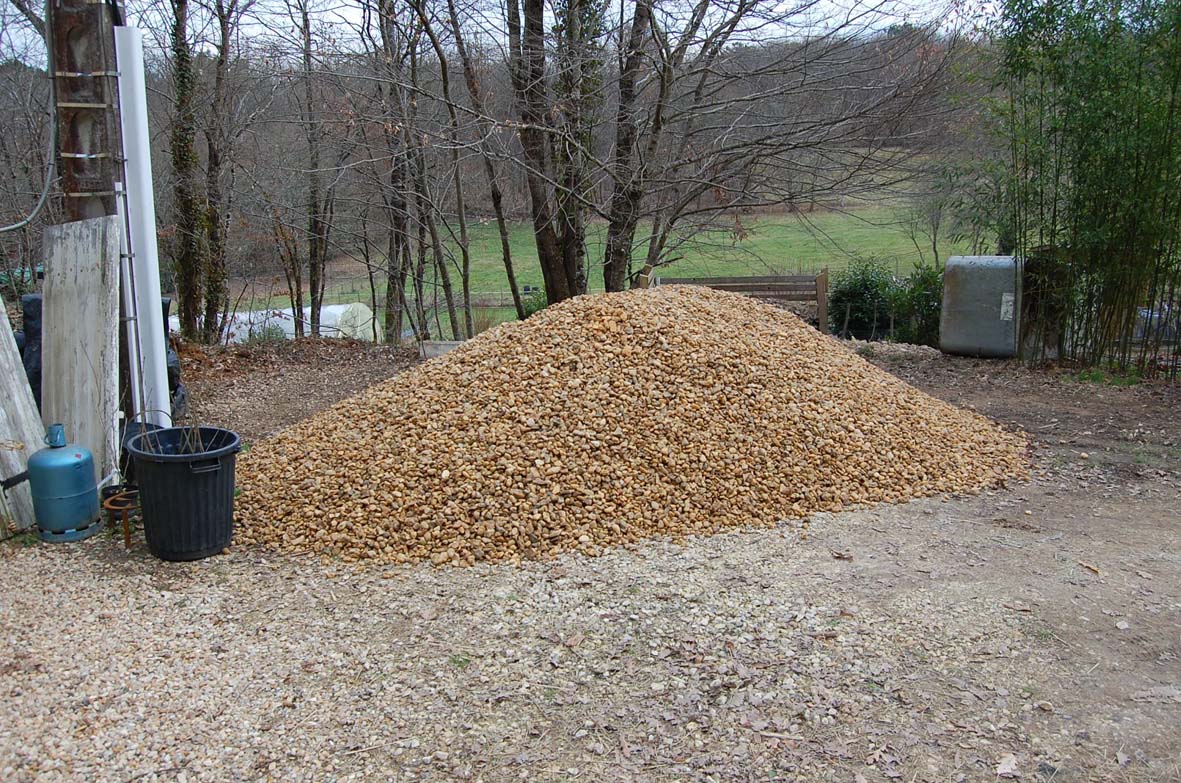 One of the most important facets of the LDS church is revelation. We believe that our leaders are privy to revelation for the church as a whole, and that we as members are supposed to seek revelation for our personal lives and our families. In this two-part series, I want to explore the concept of revelation a little deeper.

First, let’s talk about gravel. I have a friend who tells of his experiences spreading gravel. He says they sometimes get a dump truck and make a big pile at one end of the plot of land and spread the gravel from there. The trouble with that is that the farther away from the pile you get, the more difficult gravel distribution becomes. You have to grab your shovelful and walk all the way to the far corner, trying to not spill, and then drop it off and go make the trip again. It’s possible, but it just doesn’t work very well. So, instead, they make a bunch of smaller piles throughout the plot and spread the gravel from them. These regular small piles allow for a more even and efficient job.

We’ll come back to gravel in a minute.

When I hear the word “revelation,” I often think of big huge revelatory experiences: You kneel down to pray in the evening, and suddenly you see a pillar of light exactly over your head and God shows up. “I’m going to give you some revelation now. Do you have a pen?”

I’ll call this “pillar of light” revelation. It’s the amazing shock that feels like a “burning in your bosom,” maybe. 1 These things happen, but I’ll be honest: not really ever to me. These experiences are recorded regularly in church magazines and shared in General Conference. That should tell you something: they’re so uncommon that we make a big deal out of them. We’re not all bosom-burners. God doesn’t need pillars of light very often. In fact, almost never. These revelations are like big huge piles of gravel. Occasionally Joseph Smith or Moses needs a big old pile of gravel. But, most of the time, it’s just better to use regular small piles of gravel spread regularly throughout life.

I’ll call this variety of small-pile experience “everyday revelation” 2 Instead of pillars of light, we get a text message. Or maybe it’s a compliment from a friend, or a piece of advice from a parent that we originally ignored but now rings in our ears like a mosquito. Our heavenly parents want us to hear from them regularly, and they speak to us through scriptures, prayer, prophets, but also through friends, teachers, the environment, coincidences, music, the internet, and video games. 3 God doesn’t need to use the big piles of gravel very often, because in most cases they just wouldn’t get the job done. As Elder Eyring taught, “great faith has a short shelf-life.” We can’t hoard revelation as if it were food storage that never expires.

Everyday revelation is how God speaks to me pretty much in every case. And it also seems to be how this church is led. Early church leader Oliver Cowdery even had to receive “a revelation through the Prophet Joseph Smith informing him that he had been receiving revelation.” 4. Clearly this wasn’t “pillar of light” revelation. It’s not always easy. As Nathanial Givens so aptly pointed out,

“If revelation is a difficult, murky, and evolving process for ordinary members, why should the actual process be any different for those called as leaders? . . . we all know from our own experiences that it’s never as simple as ordering something from Amazon.”

Obviously church leaders are privy to pillar of light revelation, but there also seems to be a long tradition of everyday revelation:

The list goes on and on. The scriptures are full of similar instances of everyday revelation, whether it is Jared telling his Brother what to pray for (Ether 1:34, 36, 38), or any one of the various times in the Bible where women and men approached the prophet with ideas and requests that ended up being the Lord’s will.

So far, I’ve suggested that there is “pillar of light” revelation and “everyday” revelation, and that everyday revelation comes from God through a wide variety of sources. In part two of this two-part series, I’ll touch on three things revelation isn’t: uniform, exclusive, or perfect.