Elder Packer and Me 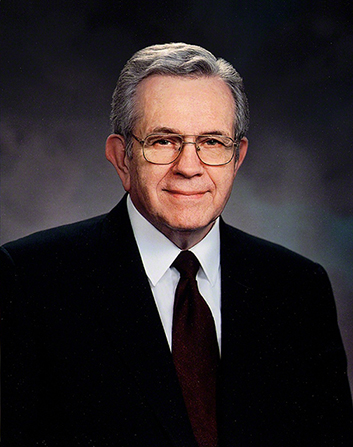 Elder Packer probably wouldn’t be too surprised to learn that I have a relationship with him, despite our never having met. It’s the price of being a public figure, I suppose. I know we are related, somehow, through my mom’s mom, who was a Packer, and I remember being told that when I was young. I’m not going to try to find any references to describe my relationship with Elder Packer, so I might get some facts wrong, but I feel like writing about our history together. The influence he has had on my life is a very complex thing, for me. Here’s what I can remember.

I remember Elder Packer teaching that we could turn our thoughts from bad things by humming a hymn. I memorized a lot of hymns as I tried to stop masturbating. I’ve since learned that this is a pretty bad way to change compulsive behaviors, and can even make it so that hymns will trigger those compulsive behaviors. Thankfully, for me, the hymns have enough other meanings in my life that they don’t trigger my compulsions. I love singing and thinking about the hymns Elder Packer inspired me to memorize. It’s a blessing in my life to sing and worship in that way both publicly and privately.

I remember reading Elder Packer’s words saying why evolution is a false theory. I remember reading them, and resonating with his testimony that he knew God was our creator because he felt the beauty of that truth. I feel the beauty of that truth, too. But I also can taste the goodness of the theory of evolution. I remember Elder Packer’s words explaining how we can taste salt and know it is real without having words or reasons to prove the reality of that taste. I gained a trust for my experiences with the Holy Ghost that led me to do good. My life has been richer because of that. I also was opened up to the idea that there are true things that can’t be proven scientifically but can nonetheless be experienced and be true and real. This is an idea that further study has only reinforced. There are limits to both logic and experiment that prevent them from fully capturing our lived experiences.

But the door was also opened to see how hard it is to ask God the right questions and understand and apply the answers correctly. You see, Elder Packer received a testimony that God was our creator, but he never asked for a testimony regarding the theory of evolution. Consequently, he followed a faulty chain of logic to the conclusion of evolution’s falsehood. Yet he held the belief with great surety. So at the same time Elder Packer gave me a window into a spiritual way of obtaining knowledge, he showed me the pitfalls that lie on that road. He also showed me that a person can change. From his talks in the 1970’s where his knowledge was sure that evolution was false, that God disapproved of it, and that it was destroying faith, to his more recent, brief statements which simply say he does not believe in it.

I learned another thing as a result of Elder Packer’s teachings on having worthy thoughts and receiving revelation. I was almost never worthy, by the standards I imagined Elder Packer held, to receive revelation for a period of many years. Yet I discovered that God was willing to speak to me at times, anyway. So Elder Packer began my journey to a new understanding of worthiness, to the point that now I ask the question if God cares more about worthiness when He gives revelation, or if He cares more about willingness. None of us are worthy, if perfection and sinlessness are required. But perhaps all of us are worthy of revelation, simply by virtue of being God’s children. I can’t imagine not talking to my child simply because he did something wrong–even willfully. Instead, it makes much more sense to me that God speaks to us according to our willingness. Am I willing to listen? Am I willing to act once God has given me direction? Will I hear the answer? Will I follow?

As I’ve watched him over the years, I truly believe Elder Packer has answered those questions with a yes. He has shaped his life to listen and follow and act as best he can. He is willing. Does Elder Packer know how to ask the best questions? His views on evolution told me the answer was no, many years ago. Does he do OK? I think so. Do I like everything he does? That’s a silly question. But Elder Packer has never claimed genius or perfection. He shared his blessing with us when I was a missionary. I was moved. He shares his poems and his woodcarvings in General Conference and church magazines. Is he a great poet? You can judge, but I haven’t put them up on my walls. Is he a great woodcarver? His stuff looks nice, but I would have to look closer to know if it was great. But he shares. He writes the poems. He carves. He shares his life with us. It’s not every detail. It is his best self. But I find it quite brave to show your decidedly amateur self to the world and say, this is what I have to offer. It’s my best, and I think it’s valuable–even if I’m not a poet laureate. Especially if he’s the introvert I’ve heard suggested.

I guess, all things told, that I love Elder Packer. I sometimes skip his talks as I work through General Conference, and I’ll flatly state that he’s got certain ideas wrong, but I feel kinship with him. I think we really must be related, and I’d hate to turn my back on family.