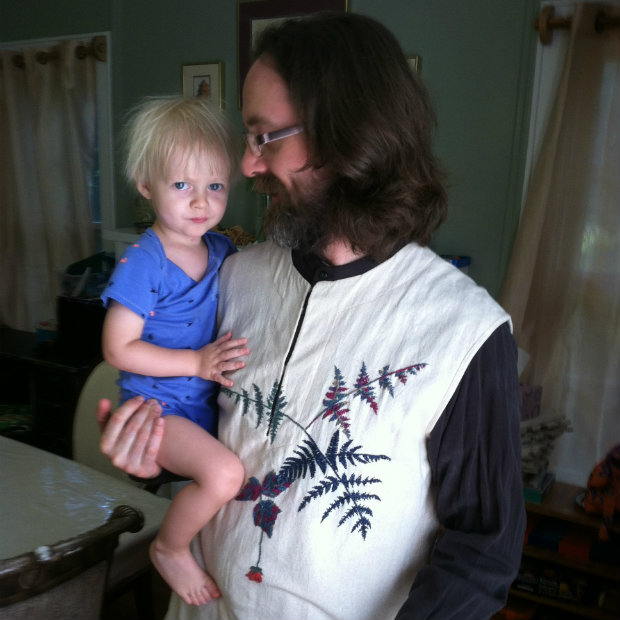 In middle school, I had a Native American friend with long hair. I wanted long hair. My mom didn’t like the idea. My culture told me I shouldn’t—it was rebellious. Then I went to college and on a mission, and agreed during these times to dress a certain way. When I went to graduate school, I was finally ready to grow my hair out. Guess what—I liked it. I still do. Thankfully, it shows no sign of thinning, so I’m not going to embarrass my children when they are teenagers by going around with a ponytail hanging off of my bald fringe, so it looks like I’ll get to keep may hair a bit longer.

I’m sure you’re not curious, but I also found out I like a beard. If it didn’t annoy my wife, I’d probably let that grow long and bushy, too, and when my eyebrows get crazy, I would let them. I like hair. I like mine. I want to look like Gandalf when I’m old. I like other people’s hair—short, long, curly, straight, thick, thin, or absent. I’m a rather indiscriminate hair lover. But my love of hair is just background. As I started to break the Mormon mold, I became more aware of people who don’t fit the mold through no choice of their own. My hair didn’t start as a statement, but I came to use it that way.

One bishop chided me after a CES fireside about the counsel to not dress like “the world”. I told him, I’m not. I’m not dressing like an American businessman. In retrospect, that was a little mean as he dressed like a stereotypical American businessman, but I don’t think it hurt our strong relationship. I had discovered that I could use my position—active, outgoing, educated, overtly faithful, return missionary, priesthood holder/leader—to influence the culture of the ward. I fit. No one was questioning that. It was my ward as much as it was anyone else’s, and a lot more than many. But I didn’t fit, too. My hair was wrong. Later, my beard was wrong. Sometimes I wore a nice curta punjabi instead of a shirt and tie. Sometimes I wore my Hmong needlework jacket instead of a suit. I never wore a suit. I spouted Liberal ideas through the words of Hugh Nibley, proof-texting of early church leaders, and emphasizing messages of care, compassion, and fairness from the scriptures. And I fit. Completely. I did my Home Teaching. I magnified my callings. I was at all the activities. My cousin and I invited everyone over for dinner, games, music, or whatever, sometimes having more than 20 people crowding our apartment, and we asked lots of people on dates for fun.

In those same years, while channel surfing the radio I heard this song by Casting Crowns:

It’s crowded in a worship today

As she slips in

Trying to fade into the faces

The girls’ teasing laughter is carrying farther than they know

Farther than they know

But if we are the body

Why aren’t His arms reaching?

Why aren’t His hands healing?

Why aren’t His words teaching?

And if we are the body

Why aren’t His feet going?

Why is His love not showing them

The song hit home. Why did too many feel like they didn’t fit? Was I just a show off, wanting to stand out? Maybe. Maybe I still am. I fit on the inside. Mormonism was mine. I couldn’t fit on the outside, because I wanted so badly for other misfits to find a home in Mormonism. This world was mine. I couldn’t stand it that you felt it wasn’t yours.

I hope I still can’t.

Photo: Me (this year), with my youngest, wearing a hand embroidered vest I made during graduate school.