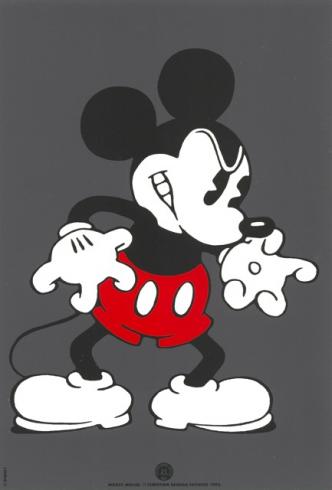 Many of my friends like Disney.  I do not. I’m not talking about Walt, I really admire his creativity and vision, I’m talking about the corporate monster he unwittingly spawned. I have my reasons for the distaste, reasons based on my personal values which are based on my personal experience, and I know that my friends have their reasons too. I do not agree with them. However, you will notice that I still refer to them as friends. sometimes I talk about Disney with them and I describe the reasons for my distaste. they regale me with tales of the glory of the magic kingdom and, though we may both learn from the exchange, it is not my intent to convert them to my way of thinking,  (and they obviously don’t convert me) it is just to encourage them to think. Some people who know I don’t like mouse & Co. just don’t want to talk about it. They like what they like, they have their reasons and they don’t want to hear anything that might distort their image of it. Others, who know my reasons, don’t really care. It doesn’t change Disney for them at all.
I guess I could just keep my opinions to myself or only interact with people who agree with me. that would be more comfy for everyone wouldn’t it? Rocking the boat isn’t comfortable, but when our opinions are challenged, we must either abandon or justify them. it keeps us improving ourselves and growing stronger. I was completely anti-Disney for a long time but my willingness to engage the Disnites helped me to see there is truth and beauty to be found among the goofiness. If I only talk to people who agree with me, they will simply reinforce my opinions, right or not. If no new truth is discovered, the resulting stagnation can result in the perversion of whatever truth remains. It may be as simple as a misinterpretation of the Word of Wisdom that becomes a cultural norm among the members. It may seem simple and harmless, but it prevents us from understanding the true meaning and potential value of the doctrine. This phenomenon has caused trouble for people with the most noble intentions and as members of the Church, we should guard against it.
Now, just because I don’t subscribe to the church of  “The Ears” doesn’t mean I have dismissed it whole-cloth. I really like many of the things that have come from Walt’s brain-child. I love the song “Trust In Me”, sung by Ka in The Jungle Book. (I like Siouxsie Sioux’s version better) I like Disney’s version of Wendy from Peter Pan. She is an example of a courageous, self-assured young woman with a nurturing heart who I would be happy to have my daughters look to as a role-model. And I hear that “Frozen” has the best female protagonist Disney has produced. (though I haven’t seen it yet). There may be other things about Disney that I would enjoy, or benefit from, I am willing to allow that Space Mountain may be a transformational experience, I just haven’t made the pilgrimage to “Mecca” to test the idea.
So while I don’t agree with, what seems to be, the general philosophies of the corporation, I haven’t thrown out the baby with the bath-water on principle. I still want to support the positive products of Disney and ANY other producer. I am a thoughtful, reasonably intelligent and obviously witty person and I have the ability to figure out if something will be good for me. As I encounter and explore various offerings, I learn about the World, the Universe, God, and myself. Even the negative and ugly helps to define my values and priorities. Relationships with people who I disagree with, build empathy and enrich my character. As I interact with them I am proactively trying to do the same for them.
There are, of course, relationships and products that are harmful and can be permanently damaging (like Hannah Montana) but they will be different for each person and though there are some things that are generally bad for everyone (like The Disney Channel) each of us must, or at least should, figure it out for ourselves. there is value in the figuring out.
A taste for Disney may be inconsequential in the grand scheme, but that’s not the point. There are Disney fans in my life, and the  way I interact with them is far more important and valuable to my progress than if I agree with them. So replace Disney with Methodist or Whig or North Korea or Pixar and ask yourself “How would Mickey…I mean Jesus treat them?”