Cambodia’s Homeless On The Streets Of Phnom Penh 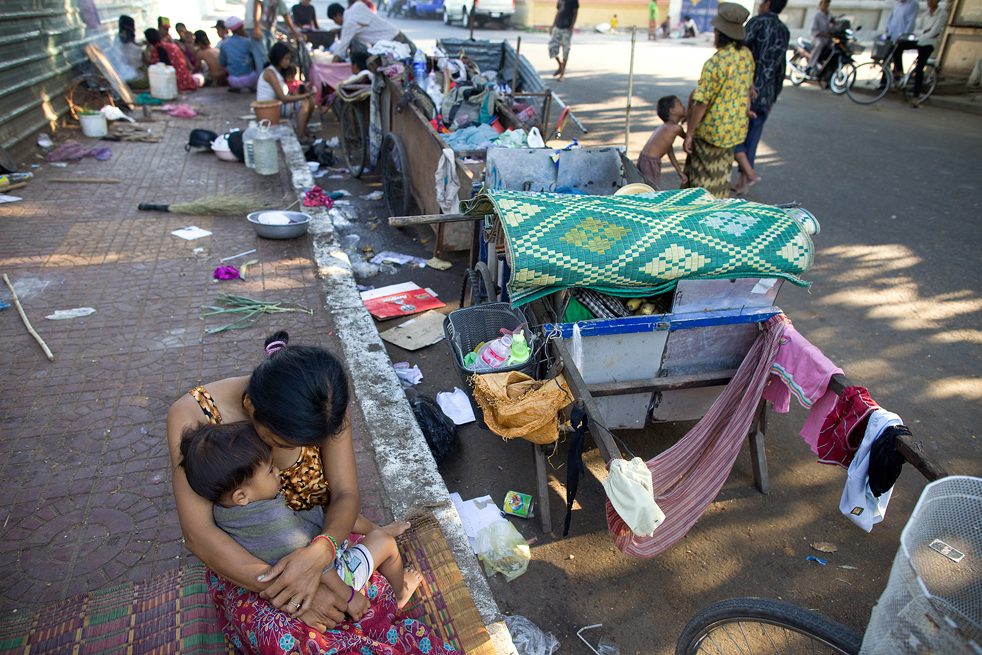 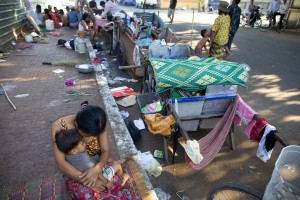 PHNOM PENH, CAMBODIA – FEBRUARY 6 : A mother sits on the street with her baby February 6, 2010 in Phnom Penh, Cambodia. They sleep on the streets along with about 30 other families who survive by begging, collecting garbage and selling food. Forced evictions also have had an impact on the numbers of families living on the streets.Poverty in Cambodia is rife due to years of terrorism and civil war on the part of the Khmer Rouge and corruption within the government. While on a path to greater economic development, poverty is still widespread with 40 percent of the population living under the poverty line according to various UN agencies. (Photo by Paula Bronstein/Getty Images)