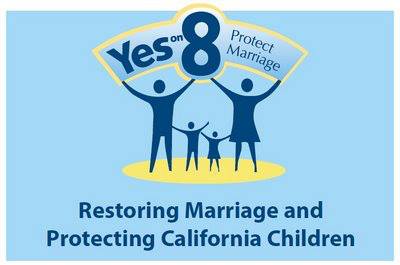 This first appeared as an editorial on September 7, 2010 in BYU’s The Daily Universe.  It was taken off the website the same day it was printed, in the early afternoon. 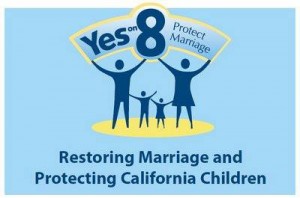 The arguments put forth so aggressively by the Protect Marriage coalition and by LDS church leaders at all levels of church organization during the campaign were noticeably absent from the proceedings of the trial. This discrepancy between the arguments in favor of Proposition 8 presented to voters and the arguments presented in court shows that at some point, proponents of Prop. 8 stopped believing in their purported rational and non-religious arguments for the amendment.

Claims that defeat of Prop. 8 would force religious organizations to recognize homosexual marriages and perform such marriages in their privately owned facilities, including LDS temples, were never mentioned in court. Similarly, the defense was unable to find a single expert witness willing to testify that state-recognized homosexual marriage would lead to forcing religious adoption agencies to allow homosexual parents to adopt children or that children would be required to learn about homosexual marriage in school.

Four of the proponents’ six expert witnesses who may have been planning on testifying to these points withdrew as witnesses on the first day of the trial. Why did they go and why did no one step up to replace them? Perhaps it is because they knew that their arguments would suffer much the same fate as those of David Blankenhorn and Kenneth Miller, the two expert witnesses who did agree to testify.

Judge Vaughn Walker, who heard the case, spent 11 pages of his 138-page decision meticulously tearing down every argument advanced by Blankenhorn before concluding that his testimony was “unreliable and entitled to essentially no weight.” Miller suffered similar censure after it was shown that he was unfamiliar with even basic sources on the subject in which he sought to testify as an expert.

The court was left with lopsided, persuasive testimony leading to the conclusion that Proposition 8 was not in the interest of the state and was discriminatory against gays and lesbians. Walker’s decision is a must-read for anyone who is yet to be convinced of this opinion. The question remains that if proponents of Prop. 8 were both unwilling and unable to support even one rational argument in favor of the amendment in court, why did they seek to present their arguments as rational during the campaign?

It is time for LDS supporters of Prop. 8 to be honest about their reasons for supporting the amendment. It’s not about adoption rights, or the first amendment or tradition. These arguments were not found worthy of the standards for finding facts set up by our judicial system. The real reason is that a man who most of us believe is a prophet of God told us to support the amendment. We must accept this explanation, along with all its consequences for good or ill on our own relationship with God and his children here on earth. Maybe then we will stop thoughtlessly spouting reasons that are offensive to gays and lesbians and indefensible to those not of our faith.

CARY CRALL is a 2nd year medical student at Harvard Medical School where he is Co-president of the LGBTQ student group. In 2012, he was named a Point Scholar by the Point Foundation, an organization dedicated to supporting promising LGBTQ students through financial aid, leadership training, and mentorship. In 2011, Cary was honored as one of the Forty Under 40 LGBT Activists by The Advocate news magazine for his work in challenging the LDS church’s stance on California’s Prop. 8 while a student at BYU. He served an LDS mission in South Carolina from 2006-2008 and graduated from BYU in 2011 with a B.S. in Neuroscience. His favorite hymn can be found on page 142.

All posts by Cary Crall