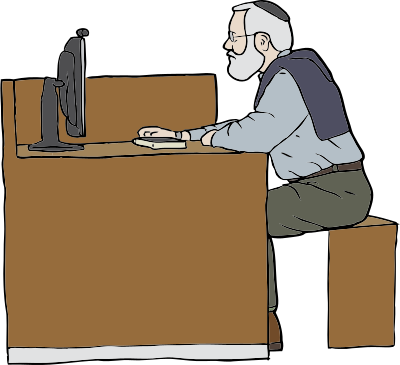 This approximate line of reasoning leads to a few possible conclusions:

The originator of this argument, Nick Bostrom, thinks there is a chance that 3 is true. I personally don’t believe we live in a simulated universe. I hope number 1 is false (at least in our case). I believe number 2 is most likely, but followed by a more speculative number 3. I believe we live in a created universe. As Bostrom says on his FAQ page, the simulation argument can be generalized to a Creation Argument (which Lincoln Cannon has done in a non-specific, but useful way). The problem that faces any generalization of the Simulation Argument is to answer the questions:

I will try to answer these questions.

Why Creation, not Simulation?

I suspect that advanced civilizations aren’t going to run lots of detailed, ancestor simulations. While I believe they will be interested in renewing ties with their previously dead ancestors, I think they will be much more interested in creating new futures and raising new children than in trying to recreate the past. Once you understand the past, most people want to move on to do greater things. So this brings me to the Creation Argument. If we can become gods (posthumans), and gods create lots of worlds like those in their past, then we probably live in a created world. I like this scenario, because it seems more open-ended to me than a simulation. It’s hard for me to imagine someone in a computer doing things greater than what the original computer could do. Simulated beings would usually be more limited than their simulators. Created beings in created universes seem more like equals with their creators. The resources created beings have to learn and grow could match those of their creators, and with the added learning of generational knowledge transfer, the creation could conceivably surpass the creator. To me, it is beautiful to think that my children will one day amaze and surprise me. Why should I imagine God feels any differently?

Alternatively, we might not become gods, and we will go extinct. That’s the gist of the Creation Argument, in not very careful language. If you want to quibble on fine points, make sure you look at Lincoln’s original argument. If not, let’s move on to answering the problem questions.

Is the creation of universes remotely conceivable? The simple answer is yes. We could create universes in the same way Bostrom proposes simulating our past, but then the problem reduces to the Simulation Argument. We also might do it by making black holes. This is the only way I can imagine based on believable extensions of current technology and understanding, but the future will likely reveal unthought of other options for creating universes–if it is at all possible. Skipping simulation and the unknown, I’ll focus on the idea of universes in black holes.

This figure doesn’t encapsulate all possibilities, but it illustrates what happens if future humans gain the interest and ability to create universes that will result in more beings like themselves. Imagine a world comes into existence where a group of future humans are able to create worlds. Imagine that by the time we can create worlds we’ve learned to colonize the stars. There could easily be trillions of future humans out there with the knowledge and technology to create worlds. If they only created 10 billion universes that led to more future humans, then we would have a situation of exponential growth of universes with universe making future humans. After a long enough time, which isn’t an obvious obstacle, it becomes a near certainty that any humans are living in a created universe. Even if the number of chance universes grew each time due to Smolin’s cosmological selection, it would just take more cosmological time periods for created universes to overtake chance universes. It isn’t just a little more likely, but so likely that other possibilities aren’t even worth entertaining, statistically. We will look at other reasons for trusting we are in a created universe in a future post, but probability alone may be a sufficient rationale.

Having identified one imaginable means for universe creation, we can move on to other logical consequences. You’ll notice my step 5 suggests how intelligent universe creation might be key for making lots of universes. And just like the Simulation Argument, if intelligences make universes, we are much more likely to live in a created universe than a naturally occurring universe. It doesn’t matter what method is used to make the universe, the conclusion still holds. Given what we know about physics, the probability that we live in a created universe is real. Physicists might one day conclude it is even likely.

While living in a created universe may be likely, believing we do is still a long way from the conclusion that our creators are Mormon Gods.  How would a black hole creator ever interact with the beings inside his universe? At best we can currently only imagine a Deist God who set it all in motion and left it to run, but science is full of surprises. I think it is a step toward some kind of Gods of Nature, and Gods in time and space–two key traits of Mormon Gods–but we shouldn’t be surprised to find our conceptions of God might need revision once we start down this path. We’ve absorbed so many things from Protestant theology and the various creeds, and continue to absorb things (often uncritically) from American culture, that this seems more than likely. I’m glad Joseph, Brigham, B. H. Roberts, Orson Pratt, and others did so much to break the mold. Maybe we can see a touch further with a hundred more years of learning behind us. And maybe our study and faith will spark new revelations of Heaven.