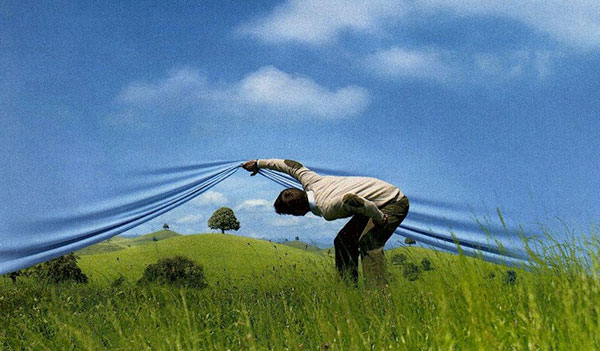 I study stories. Particularly, I study the ways people tell stories in order to make sense of who they are and where they fit in this world. The stories we tell ourselves and others are powerful forces in our lives, and I love digging into exactly how people do it.

One major reason we tell stories is so we can construct our identities. We string together the autobiographical events in our lives into narratives and each time we tell one of these stories, we make many decisions about which events to share or not share, and how to put them together in order to create a picture of who we are, or, at least, who we want other people to think we are.

In my research, I have read and heard a lot of people tell their stories as members and ex-members of the Church, and a common thread I’ve seen is that we feel compelled to include in our stories what I’ve come to call “Mormon Ethos Credentials.”

For example, at some point after meeting another member or ex-member of the church, we often tell each other if we are a returned missionary or not, if we were married in the temple or not, about important callings we’ve had (bishop, high council, relief society president, etc.), and we also say how old we were when we joined the church, or talk about how many generations back members of our family joined the church, and whether they crossed the plains, or were polygamists, or general authorities, etc.

The main reason we tell these facts is that, in some ways, they work together to create an argument about whether or not we really do belong to the Church of Jesus Christ of Latter-day Saints.

A friend of mine recently pointed out that within Church culture we have two stories that most of us align ourselves with: a convert narrative, or a pioneer narrative. There are, of course, more than that, and there are definitely issues that come from thinking in black-or-white, this-or-that terms. In fact, I see my own story as a hybrid. But for the purposes of this post, I’m just going to focus on the two.

Those that can list off the “right” credentials “pass the test” so to speak, and easily prove their belonging in the church. Many times, though not always, these are the people who tell their stories as being part of the “pioneer narrative.”

We often hold those who have more “Mormon Ethos Credentials” like pioneer heritage in higher regard than converts. They are often who are chosen as leaders in the church. When a member with pioneer heritage falls away from the Church, many shake their heads in wonder, and have difficulty explaining how it could possibly happen.

New converts to the Church usually have few to no credentials, and are those that can lay claim to the “convert narrative.” Few, if any, members would question the belonging of a new convert in the Church based on the requirements of the Pioneer narrative. They haven’t had time to serve missions, or cross the plains, or be married in the temple. Their baptism and confirmation are all they have to prove their belonging, and we accept it. (I am guessing that’s part of why confirmations for converts are often done in front of the congregation on Sunday mornings instead of at the baptismal ceremony: to provide visual proof of his/her belonging).

However, because they are converts, they are many times compared to children, or young plants; their testimony are but small flames. They aren’t yet mature. When a new convert falls away from the Church, the parable of the sower gives us an easy explanation why: it’s just how things go sometimes.

Right or wrong, these two stories help us to make sense of each other by learning a few vital facts and then assuming we have a good hold on what kind of member the person is.

Interestingly though, those who tell one story often feel what my friend calls “holy envy” for the other. Even though we may feel locked into one story or the other, we often wish we had the benefits of identifying with the other group.

Converts often wish they had grown up in the church so they could know the primary songs or could have gone through seminary or on a mission. They might see the recognition that those with deep Mormon roots get and wish they could have the same.

Then, those of the pioneer narrative often wish for the vast, drastic changes from sinner to saint they see in their convert brothers and sisters. Some want to tell their own version of Saul’s or Alma’s story, but with themselves as the main character. Some see Al Fox’s tattoos and wish the evidence of Christ’s atonement and forgiveness was as immediately apparent in their lives as it is in hers.

I’ve been guilty of this myself. I home teach a new convert and I remember hearing him read scriptures from the Book of Mormon for the very first time. I told him how jealous I was of him because I can’t read a verse of scripture without recalling everything I’ve ever heard about that verse, or connecting it to my often troubled interactions with the scriptures. I told him that I wish I had what he had. I guess I was just trying to tell him I was excited for him.

Later though, in Sunday School, he said that he felt pressured because of what I said to have amazing experiences every time he read.

My holy envy of his convert narrative just made him feel uncomfortable.

In either case, the pioneer or the convert feels their past in conflict with their present. They hear the other narrative and wish it, or at least parts of it, was theirs.

No matter which narrative you identify with (or even if you identify with neither), our present feelings of belonging within the church are closely tied to our past and how we tell it. But the good news is that once we recognize that telling stories is a choice, and that we can retell our stories in new ways, we open a world of possibility for ourselves, and feel less pressure to pigeonhole our brothers and sisters into strict categories. We can begin to respect all kinds of stories, instead of relying the ones passed down to us from before.

If you want to get to know someone, you have to sit down and ask them to tell their story, not someone else’s.

Steven Hopkins studies Rhetoric and Composition at Arizona State University where he is a Graduate Teaching Assistant and also Assistant Director of Writing Programs. He has a wife and three kids, and he makes videos of them and puts them on YouTube.

All posts by Steven H