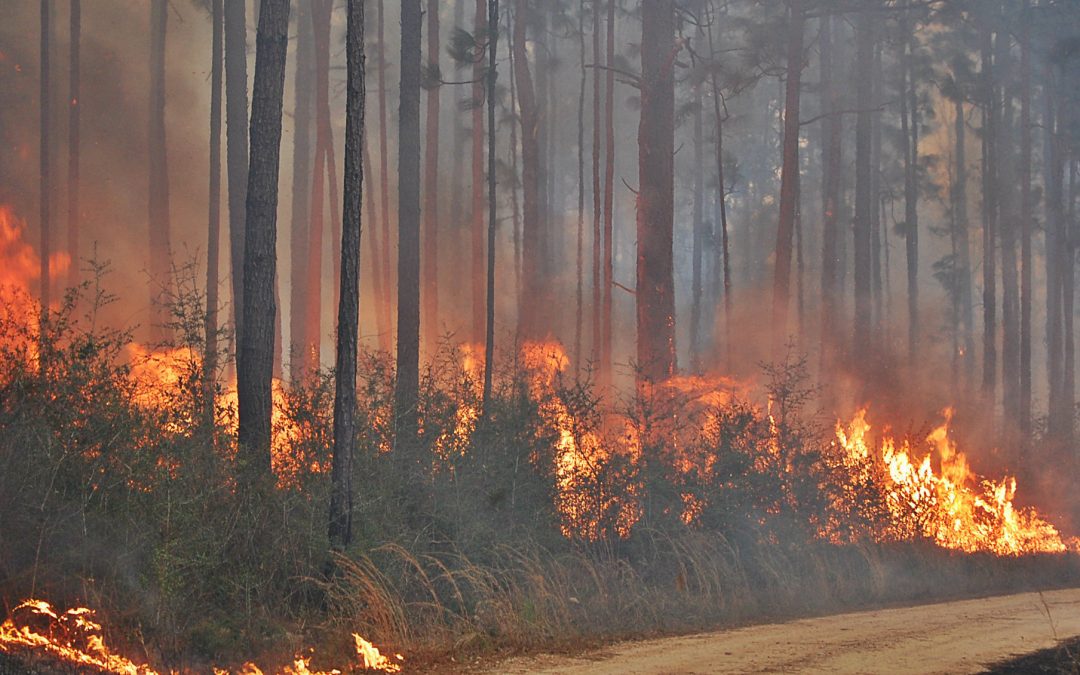 Fire prevention awareness has had an unintended side-effect in some parts of the U.S. It has created a stigma about fires, but fire is part of a healthy, natural forest life. For example, regular fires reduce the amount tinder available to burn in a fire. When a forest goes too long without burning off that underbrush, its abundance makes an eventual fire burn hotter and spread faster. Furthermore, for some plants fire is an integral part of their growth cycle. Such as the Sequoia seeds, which are released from cones that burst open with heat. They need fire.

Forest management will burn controlled fires to help maintain balance. These are regulated and managed fires, using techniques like back burns and firebreaks. As you can imagine, it is a risky business, and it is not without danger. But it is vital to the life of the forest, and it has to be done.

I imagine what it must be like, on the edge of the fire, both urging it forward and pushing it back. To see the good work that the fire is doing in its destruction, but also have a healthy fear of its ability to destroy everything. Never mind the task of teaching everyone who has been taught to fear forest fires, that this is the right thing to do.

This is how I feel, living on the edge of Mormonism. It’s volatile, unsafe territory. The constant pushing and pulling between faith and doubt, between history and modern-day, between doctrine and culture. We have gone too long without addressing these issues, and we’ve built up a lot of underbrush. Clearing it out is dangerous work. And it is necessary for future growth because a stagnate doctrine and culture will keep us from receiving the truths the Lord has yet to reveal.

But it is scary at the edge. This kind of truth-seeking can consume everything and leave you feeling like you have no beliefs left. It feels as though doubt will win any second. And it is so exhausting. Being on the fringe of Mormonism is a constant battle, and you can never forget those who would just be more comfortable stomping you out. Sometimes it feels like it would just be a lot easier to let them. I’m pretty sure this is why firefighters work in shifts.

In the end, a balance has to be maintained with this fire, and we have to control the burn.