The Brother of the Prodigal Son 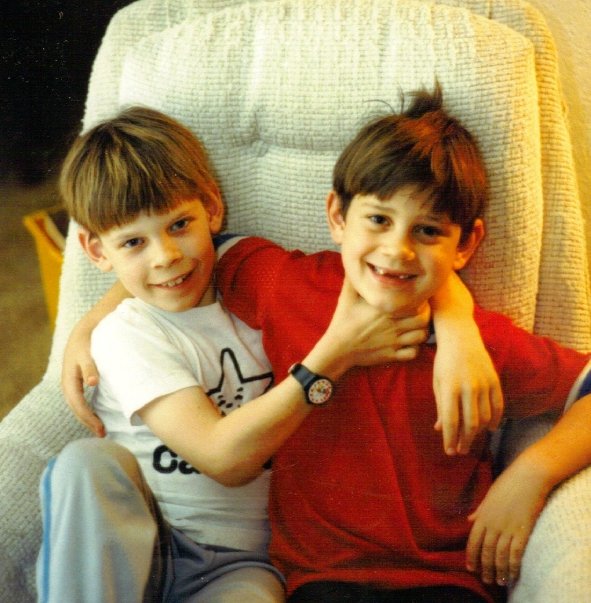 I grew up with three older brothers. Two of them were out of the house and in college before I have any real memories of them. I grew up sharing everything with the brother just older than me, however. Everything. I have so many memories of us running around in the streets, playing street hockey, basketball, baseball and football. He was my deepest confidant, my trusted ally. When I was in trouble with my parents, he would come to my rescue. When he was in trouble, I would go to his defense. Many times, this got us grounded for something we didn’t do. I remember the fights, the staged fights, the wrestling matches and the all out brawls. I remember being grounded to our room until we could get along with one another, only to start scheming ways to make it look like we were getting along. We were the best of friends.

I left the house as soon as I could. My brother wasn’t the only reason – home wasn’t that great growing up and I try and be as independent as I possibly can be, so naturally I wanted to be on my own. I moved to Provo and Paul got me a job. I started working and I started saving. I went on my mission. I didn’t willingly see or even seek out my brother for 3 years after I left home. During that time, our father passed away.

From the time I saw my brother in handcuffs until after when I got home from my mission – a period of nearly 8 years – he had tried to “come back” many times. Eventually he would stumble, and I was always there to make sure he stayed down.

The Prodigal son is more than a lesson about a wayward son. It’s the story of a family that looses a member; there are two reactions when that member tries to make their way back. Love them, as my parents did, or scorn them as I did. When I first started writing this post, I didn’t want it to be about me. As I wrote it and edited it and let it steam, I realized that, by it’s nature, it is about me – I am the brother of the prodigal son. Carrie said in her post titled “Prodigal Son:”

“I’ve seen so much hurt and have caused hurt myself by closing the door. By closing my heart.”

I caused him – my own brother – pain and frustration because of pettiness. I closed the door and closed my heart. Our father died with one of his sons feuding with the other. I tried to justify my actions, but there was no justice in my scorn. I wish our father would have lived long enough to see us now. I wish his death wouldn’t have been a catalyst in our reunion. I wish that I had been there to help my brother, in any way, in his darkest hour. To many people, my brother isn’t “back” because he fails to live up to their standards. But that doesn’t matter. Today, I’m proud of the person he’s become. He’s one of the strongest people I know – literally and figuratively.

20 And he arose, and came to his father. But when he was yet a great way off, his father saw him, and had compassion, and ran, and fell on his neck, and kissed him.
21 And the son said unto him, Father, I have sinned against heaven, and in thy sight, and am no more worthy to be called thy son.
22 But the father said to his servants, Bring forth the best robe, and put it on him; and put a ring on his hand, and shoes on his feet:
23 And bring hither the fatted calf, and kill it; and let us eat, and be merry:
24 For this my son was dead, and is alive again; he was lost, and is found. And they began to be merry.

We often forget what prodigal means – someone who spends money in a reckless way. Why would we give this term who has fought their way back? In a farewell talk given at the beginning of 2015, and which has stayed with me over this passed year, the speaker suggested that it is because God loves us in a prodigal manner – that is to say recklessly. Though this has it’s holes, I like this thought. It comforts me to know that no matter where I am in life, no matter what I’ve done – God loves me. He loves my brother as well. Who am I to deny that love to my brother?

25 Now his elder son was in the field: and as he came and drew nigh to the house, he heard musick and dancing.
26 And he called one of the servants, and asked what these things meant.
27 And he said unto him, Thy brother is come; and thy father hath killed the fatted calf, because he hath received him safe and sound.
28 And he was angry, and would not go in: therefore came his father out, and entreated him.
29 And he answering said to his father, Lo, these many years do I serve thee, neither transgressed I at any time thy commandment: and yet thou never gavest me a kid, that I might make merry with my friends:
30 But as soon as this thy son was come, which hath devoured thy living with harlots, thou hast killed for him the fatted calf.
31 And he said unto him, Son, thou art ever with me, and all that I have is thine.
32 It was meet that we should make merry, and be glad: for this thy brother was dead, and is alive again; and was lost, and is found.

My brother is back; we’re a little too old to run around the streets and play street hockey, but we’ll still play some baseball, basketball or football when we’re together. We defend each other, and occasionally we fight. More importantly, I love him. I’ve forgiven him and he’s forgiven my ignorance and arrogance.

9 Wherefore, I say unto you, that ye ought to forgive one another; for he that forgiveth not his brother his trespasses standeth condemned before the Lord; for there remaineth in him the greater sin.
10 I, the Lord, will forgive whom I will forgive, but of you it is required to forgive all men.
11 And ye ought to say in your hearts—let God judge between me and thee, and reward thee according to thy deeds.

How petty it was for me to be offended by my brother – my confidant? What had he done to offend me personally? And to the degree that I cast him off and kicked him while he was down and out? What did the prodigal son do to his brother? The answer to all those three of those things: Nothing. I let my pettiness get in the way of helping my own blood. I allowed my judgement of my brother to cause my love for him to diminish and nearly disappear. In the darkest hour of my brother’s need, I wasn’t the one helping him up and encouraging him; I was the one making sure he stayed down and reminding everyone around him of his shortcomings. In short – I failed him.

For this my brother was dead, and is alive again. I was lost while he found himself. Now we have found each other. I wish that I had not caused us to lose each other. 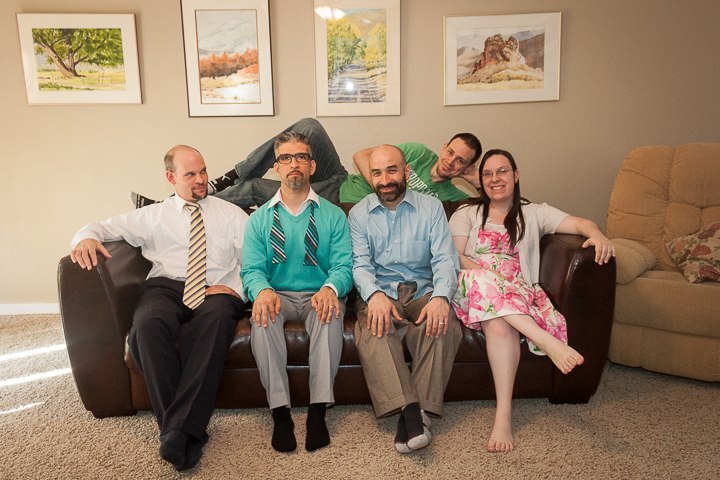 All the Barker siblings. We’re weird