Become as a Little Child: Angry, Scared, and Open 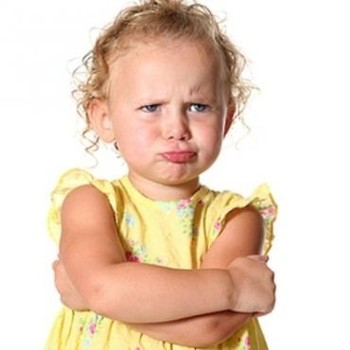 Whenever I’ve been in a Sunday School class of some kind, and one of the scriptures that contains the phrase “become as a little child” is read, the inevitable question usually follows: “And how can we become as a little child?” or “In what ways should we emulate child-likeness?” The answers are usually the same-be obedient, humble, willing-and I really only half-listen, like when a song comes on the radio for the third time that day.
However, one day as I was listening to these answers, I thought “Wait, what kind of kid is obedient all the time? Some kids are willful and defiant. Kids can be exhausting and frustrating because they often don’t obey!” But as I thought about this, something hit me that was unique about a young child’s relationship to its parents: A child brings everything to their parent. Not just sweetness and obedience, but they give them their anger, their boredom, their hurt, their excitement, their imagination, etc. In short, they give all these things to their parents, looking to them for examples and help on how to manage these new feelings and experiences with an innocent trust, even if that trust is sometimes pouting, angry, and throwing toys.
I thought of how children don’t hide their emotions from their parents until they are a little older and learn what is viewed as acceptable and unacceptable. I’m sure each family has habits good and bad that have been passed on from these practices. Personally, I am often uncomfortable sharing or expressing anger in a direct way where I acknowledge what I am feeling. I seem to think it would diminish me in the eyes of others. In fact I would rather share trauma or deeply personal information before getting close to anger. Anger makes me much more vulnerable.
So as I was sitting in Relief Society one Sunday, thinking over these things, the lesson referenced or made me think of one of my favorite scriptures, Omni 1:26 which reads

“And now, my beloved brethren, I would that ye should come unto Christ, who is the Holy One of Israel, and partake of his salvation, and the power of his redemption. Yea, come unto him, and offer your whole souls as an offering unto him…” (emphasis added)

Then I felt a very specific thought come to my mind through the Spirit: “You’re not letting me see your anger or other difficult emotions.  You’re not giving them to me, and I need all of you.”  I felt a wave of understanding wash over me as I realized that in my desire to always put my best face forward in my prayers, and avoid unpleasant emotions I thought unworthy of bringing into the presence of a God, I was actually standing in the way of the Savior doing His job.  I could give God my joy, my confusion, my humor, and a host of other emotions.  But giving my anger scared me. There were things I felt like I “shouldn’t” be angry about, so surely God would blame me for my feelings, and I didn’t think I could handle that.  I should just work on that on my own and not involve Him.  But then, who better than God to share those feelings with?
A dear friend of mine shared a therapeutic group experience she had had where everyone had to mentally put someone in an empty chair who they had been hurt by.  This could be anyone, family, friend, leader, etc.  One by one the participants addressed their invisible tormentors and told them how they had been hurt.  She was last, and she was terrified because she had put God in her chair.  I’m sure she had thoughts of lightening bolts being hurled down, but she went ahead and in the honest energy of her soul, fully laid into “chair-God” about a great deal of terrible things she had suffered (and they were many and through no fault of her own.)  Afterwards, she said she actually felt a great calm, and heard the Spirit whisper, (paraphrasing) “Thank you for trusting me enough to give me that.”

Overcoming my ingrained Mormon belief that unpleasant emotions (like anger and sadness) are to be avoided has been rather difficult.  As an actress I sometimes seek them out for my work, but in my personal interactions with others, especially with family and deity, it gets more complex.  Family and friends can and do get hurt by my negative emotions, and so sometimes I project that onto God.  But in that same Relief Society lesson mentioned earlier, I made a comment, and as I was speaking, the thought came out, “Whatever you bring to Him, you really aren’t going to shock God.  He’s seen it all and He can handle it.”  That is when I realized what it is to be a little child.  To trust in God’s power and intent so completely, that I know I can bring Him anything of mine, any experience, question, emotion or doubt.  And better than anyone else, He will know what to do, and He’ll do it with His arms wide open to receive me.