Apostasy and the Occult 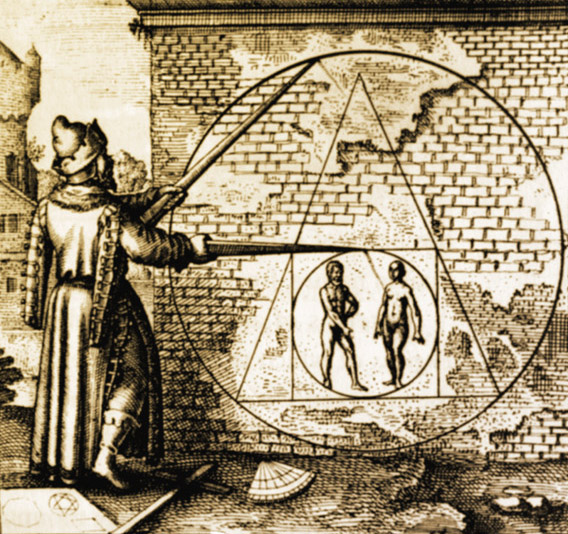 When many consider the Temple Recommend Interview “apostasy” question, we automatically think of Ordain Women and other “apostate” groups, or perhaps even holding opposing (political) views from that of our Bishop. But this is not the only possible interpretation.

Recently I learned through an acquaintance that a certain Stake President in Mexico reinterpreted the “apostasy” question in reference to consulting shamans and participation in “indigenous” traditions not approved by the church. Essentially, what is being described here is participation in the occult. But such a term begs for a definition.

Occult simply means that which is “hidden” or “secret;” so it is the outward search for secret knowledge apart from “traditional” or “approved” means –in this case, the LDS church. In academic terms, it is the distinction between the exoteric (approved; obvious, common to all) and esoteric (outside, yet inwardly experienced for those “initiated” into the “mysteries”) knowledge. So from that perspective, participation in the occult is relative to one’s point of reference. Certainly when one deals with indigenous traditions, of any kind, a certain level of cultural sensitivity is required, so my goal today is not to “condemn” any particular indigenous practice, but to shed further light on the nature of this topic.

At the moment, I am writing a doctoral dissertation in which part of my focus is “esoteric” thought, and so much of my time and energy lately has been devoted to reading material which leans towards occult phenomena. Some of the readings are “strange;” others are eye-opening; some of their claims are just outright shocking. But there is nothing “new” to occult wisdom because it has been around for a long time; consider, for instance Gnosticism, and even the countless indigenous traditions which exist in the world. I will admit there is a certain aspect of occult spirituality that is attractive, but I also understand that it not something to play around with or take lightly. Personally, I try to shy away from so much of what is termed “occult” because I have had experiences with the Spirit world – both good and bad. In short, I’ve seen things.

But underlying all occult phenomena is the powerful notion that the Spirit World is real- something Mormons believe wholeheartedly and experience in the Temple.  So from that perspective, participation in occult practices remains contrary to everything the Temple stands for. There is a time and place for everything, and even the “words of the wise, and their dark sayings” (Proverbs 1:6); thus the “hidden things of God” – are to be kept and experienced within their proper sanctioned context. So, from this perspective, the interpretation of “apostasy” (excluding “polygamy”) by that particular Stake President is probably closer to its original meaning than, let’s say, Ordain Women. Historically, as Mormonism was in its formative stages, spiritualism was a popular movement on the rise, which also claimed contact with the beyond, leading to competing claims concerning the spirit world.

Something that drew me to this topic was, obviously, my personal devotion to Heavenly Mother, and my own personal spiritual experiences have occurred outside the Temple. Granted, these were not experiences I sought out for myself – nevertheless, they happened. I also do not hold a Temple Recommend, for personal reasons that remain unresolved. My feelings about women and the priesthood remain unchanged, as well. Furthermore, I understand that so much of what has been said about Heavenly Mother has been edited out of the Scriptures – or rather one must dig deeper to find it. That is not the fault of anyone except the biblical editors themselves! (Article of Faith no. 8 admits there are translation errors in the Bible!) I have searched out the Scriptures diligently on this topic, and find that to be true, as our Hebrew Goddess remains hidden in the Scriptures through symbolic imagery and metaphor.

I believe that one of the most alluring aspects of “occult” (forbidden; unapproved) spirituality for women lies in the women’s ordination issue. Simply stated, some of the problems specific to women cannot be adequately addressed in a male “priesthood blessing,” so it may be tempting to turn to other means – psychic phenomenon, astrology, divination, neo-Gnosticism, universal goddess spirituality, etc. – for answers not provided by the current structure of the Church. And while the new “ministering” program provides an outlet for women to minister to each other’s temporal needs and to pray for one another, more is needed if our deepest spiritual needs are to be met. Women’s ordination could provide that “approved” outlet for us to connect with our biblical Heavenly Mother in the power of “Priestess-hood” (that is if the ban to pray to Her was lifted!) Imagine that transformative power that could provide.

Think about it. I beg you to prayerfully consider the prophetic implications of this.