An Open Letter to Conservative Mormons 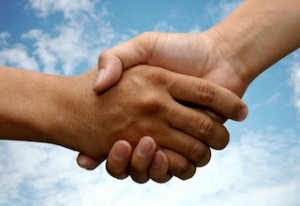 Let’s just get this out of the way first: I do not share your political views.

It simply means that, in applying what I have been taught in church my whole life – love one another, pray always, follow Christ, study the scriptures, choose the right, feed His sheep, hearken to the Spirit, etc. – I have come to a different set of political conclusions than you have.

Since our separate politics are grounded in a shared faith, don’t be surprised that I sometimes interpret our faith differently than you do. It’s not because I am trying to bend Mormonism to fit liberalism any more than you are consciously bending Mormonism to fit your conservatism. Which is to say, we both probably do this from time to time because we are imperfect people striving for a clearer view. I’ll assume you’re doing your best in good faith; please learn to do the same for me.

By now I’ve had a lifetime of practice dealing with Mormons who see politics differently than me. I’ve adjusted to being a political minority in a conservative faith and learned some things about communicating across partisan lines. Since the internet may be exposing you to liberal Mormon views for the first time or with much greater frequency, may I offer some practical tips for this cross-partisan communication?

1. Just because you disagree with something someone posted – or feel like you recognize yourself in their comments – understand that 99% of the time this is not meant as an attack on you. Just like all those messages you post “in defense of traditional families” that you claim aren’t meant as an attack on gay people or their political allies. Learn not to take liberal posts personally.

2. Learn to appreciate when people share things close to their heart, even if it’s not what you believe. Avoid the impulse to correct them or criticizing their reasoning. When you feel prompted to share your testimony with everyone on Facebook, I don’t respond by criticizing it. Learn to respond in kind.

3. If you find yourself involved in a discussion across political lines, ground your communication in personal reflections and experiences. Resist the impulse to engage in a quote-off in which you pour forth your favorite (context-free) verses or General Authority quotes or church video clips to prove that you are right. On my mission we called this “Bible bashing” and it’s as pointless now as it was then. It’s also just not the purpose of social media (or conversation in general). We haven’t all signed up for the debate society here.

4. Do your best to be open to considering different viewpoints, on politics and our shared faith. As a liberal Mormon I have to do this almost every week in church as people assume that political conservatism is part of Mormonism doctrine. (It’s not.) I’ve learned to love these people anyway and to rejoice in our common faith. I’ve learned profound truths from them, even if we see other things differently. I hope you can have a similar experience. It’s wonderfully rewarding.

5. If someone shares something that gets under your skin and you really, really, really feel that you must correct them, please contact them in private. Yes, I know, the internet is public. But if they didn’t call you out specifically, then the offense is private. In fact, you may be the only one who knows about it. So – if you must – send a personal message asking for clarification or greater understanding. After all, we’ve all written things on social media that weren’t as elegant as we might later hope. (Trust me, I’ve seen some of your Facebook posts just as you’ve seen some of mine.) With a mutual search for understanding can come reconciliation, which is much more important than correction.

As a lifelong liberal Mormon, trust me when I say that I’ve had all these political debates before. I know where I stand. No quote you can pull out is going to be the magic bullet that changes my beliefs, just as the same is true for you. On the other hand, I’m committed to considering your experience and personal views if you’ll be respectful of mine.

If we’re not careful, we risk using social media to broadcast our own sins – of judgment, anger, and pride – from the housetops (see D&C 1:3). With a little practice, however, it really is not that hard to talk across political lines in ways that strengthen common bonds rather than reinforcing divisions. We can follow the Savior’s direction to avoid contention, even on the internet (see 3 Nephi 3:29). Avoiding political contention will take effort on all of our parts. But as with any effort toward friendship and compassion, the potential rewards are eternal.