A SURVEY & CRITIQUE OF THE DIFFERENT RESURRECTION HYPOTHESES: PART II

A SURVEY  & CRITIQUE OF THE DIFFERENT RESURRECTION HYPOTHESES: PART II

This post will look critically at the Conspiracy Theory, The Apparent Death (Swoon) Theory,  and The Mythology Theory

When writing history, there are certain “speed bumps” that are taken to help prevent biased history.  In his book, Justifying Historical Descriptions, C. Beham McCullagh identifies those speed bumps.

There are six important criteria for weighing historical hypothesis (Method).  These are also taken from C. Beham McCullagh:

This is the view that the earliest disciples banded together to perpetrate a hoax. They decided to steal His body from the tomb, dispose of it secretly, and then lie and tell people He had risen from the dead. This theory on the face of it is  psychologically implausible. Nobody that reads the pages of the New Testament, can doubt that these people sincerely believed the message they proclaimed. They were willing to die for the message they proclaimed and indeed, some did. One can say, “Well a lot of people die for a lie. David Korish or Jim Jones, etc.”  This is correct, but in every case they thought it was the truth. This view suggests that these folks made up this hoax and then went out and preached this view and were willing to suffer horrible deaths for it. That is just enormously impossible psychologically. There can be no doubt that these people, even if diluted, sincerely believed that Jesus was risen from the dead.

Even more fundamentally however, the Achilles heal of the Conspiracy Theory is that it is anachronistic (ad-hoc interpretation). That is to say, it tries to interpret the disciples’ situation through the rear -view mirror of contemporary Christian theology. It looks back on the disciples and says, “Oh! They wanted to convince people of the resurrection so they stole the body and lied about it.” But that is to look at their situation through the rear-view mirror of a church and culture that already believes in the resurrection of Jesus. You have to go back to 1st century Judaism and put yourself in the disciples’ shoes when no one had heard of such a thing as a resurrection from the dead prior to the end times. For a 1st century Jew, the idea of a Messiah being humiliated by his enemies and then executed as a criminal instead of triumphing over the enemies of Israel was just a contradiction in terms. There was nothing in antecedent Judaism of such a Messiah.

The Messiah was supposed to be the royal Son of David, heir to the throne,who was supposed to establish David’s thrown in Israel, throw off Israel’s enemies and subjugate gentiles around them. Of course in the first century that meant Rome. That meant that the Messiah had to throw off the yoke of Rome and re-establish David’s throne in Jerusalem. The idea that this Jesus of Nazareth, who had been crucified by the Romans  as a common criminal, but was indeed the Messiah after all, is just absurd from a Jewish point of view. More over, there was no connection between being the Messiah and being risen from the dead. Even if the disciples had come to believe that Jesus was a kind of Jewish martyr or something of that sort, the resurrection of the dead was something that occurred only after the end of the world – on judgement day; the so called eschatological resurrection or end times resurrection. There was no belief in a resurrection to glory and immortality within history. There was no belief of a resurrection of one person, isolated from the general resurrection at the end of the world. The idea that the disciples would cook up a scheme to say Jesus had resurrected from the dead is totally anachronistic. Given their [the disciples] first century Jewish thought forms and frame of thought, the disciples would simply have preserved Jesus’ tomb as a shrine where His bones could reside. The bones of the dead were collected in ossuaries to await the final resurrection at the end of history. Jesus’ bones would reside there in the tomb. Perhaps the disciples could make pilgrimages to the tomb on a regular basis and they would look forward with longing to that day when Jesus and they and all the righteous dead of Israel would be reunited in the Kingdom of God in the resurrection of the last day. But to suggest that He was really the Messiah and was risen from the dead is something that is completely anachronistic and is putting later Christianity back on the disciples in a way that is not true to the historical situation in which they found themselves. Therefore, there is almost no contemporary scholar who would hold to the conspiracy theory. This theory has been dead for over 200 years. 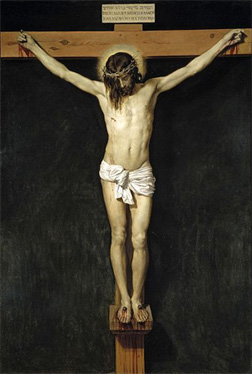 What about the “suffering Messiah” passages in Isaiah 53 and other Old Testament prophecies used by Christians to legitimate the death of Jesus? With the Isaiah passages, these are not Messianic prophecies when read from the standpoint of a 1st century Jew. Those are about the suffering servant of Yahweh. There is no suggestion that for a 1st century Jew, this was the Messiah. It is only when you read them in retrospect, later on, that you could then re-interprate them in that light to say, “Ah! Now I see them in the life of Jesus Christ.” But, we are talking about a people in a 1st century situation before any idea of resurrection from the dead or anything of that sort would occur with the Messiah. It appears that they [ first century Jews] did not read these prophecies in that way. So the dominant view of the Messiah was this royal Davidic King of which Jesus just didn’t fit the image.

This theory arose out of Germany at the end of the 17th and beginning of the 18th century. The Theory held that Jesus wasn’t really dead. He was in an unconscious state when He was taken down from the cross, somehow revived in the tomb, escaped, and presented Himself to the disciples. These disciples mistakenly inferred that Jesus had risen from the dead. This theory is medically absurd. The Roman executioners knew how to insure the death of their victims. They were trained and they were professionals. In any case, even if Jesus had been taken down alive and placed in a tomb, he would have died from exposure without immediate and extensive medical attention.

The first century historian Josephus recounts:  “I saw many captives crucified, and remembered three of them as my former acquaintance. I was very sorry at this in my mind, and went with tears in my eyes to Titus, and told him of them; so he immediately commanded them to be taken down, and to have the greatest care taken of them, in order to their recovery; yet two of them died under the physician’s hands, while the third recovered.”

The idea that Jesus could get out of a sealed tomb and present Himself to the disciples and present Himself in glory is quite laughable. The theory is also explanatorily inadequate (lacks explanatory scope and power) for it fails to account for why the disciples came to believe that Jesus had risen from the dead to glory and immortality rather than He had merely escaped the executioner. This theory is not one found amongst current scholars.

Around 1835, the Mythology Theory replaced the Apparent Death Theory. David Friedrich Strauss was a proponent of this theory. This dominated for about 100 years or so in German theology. This was until, during the course of the 20th century, scholars came to understand that the theory was dealing with The Gospels under the wrong literary type – mythology.  The Gospels are in fact not under the literary type or genre of mythology, but more closely resemble the literary type and  genre of an ancient biography – the lives of famous Greeks and Romans for example. They are ancient biographies, not ancient mythologies (ie. Hercules).

Moreover, as scholars studied these supposed parallels between the resurrection of Jesus and the myths of dying and rising gods, it was realized that the parallels were quite spurious (lacking explanatory power). These dying and rising gods in the ancient near east were simply symbols of the crop cycle (as the vegetation dies and then things come back to life in the rainy season)  and they weren’t relevant to historical individuals. In fact, none of these mythological characters really return to the earthly life in any case. They just live on in the after-life;  they don’t come back to life in this world in the way that the resurrection of Jesus entailed.

Moreover there was no causal connection between these pagan myths and the disciples who followed and knew Jesus. It would be absurd to think that they had come to believe Jesus was literally risen from the dead because they had heard about these myths of dying and rising vegetation deities in Greco-Roman or Persian mythology.

The shortness of the time span is also important. We are not dealing with ancient myths that had been lost in the grey mists of antiquity, rather we are dealing with people who lived with this man [Jesus] and knew him and were still around and came to believe that God had raised Him from the dead and that there was an empty tomb to show for it. In that sense it is utterly unlike mythology. Rather we are talking about oral history; it’s people who are passing on the traditions about Jesus that they were acquainted with first hand. So this mythology theory gets things completely wrong in terms of understanding The Gospels. Therefore, among New Testament scholars today, there are very few who would think that the study of ancient, non-Jewish mythology is even relevant to understanding Jesus of Nazareth. The proper interpretive framework for understanding the historical Jesus is first-century Palestinian Judaism; not near-eastern Greco-Roman mythology.