A Letter to Leaders About Mormon Christianity 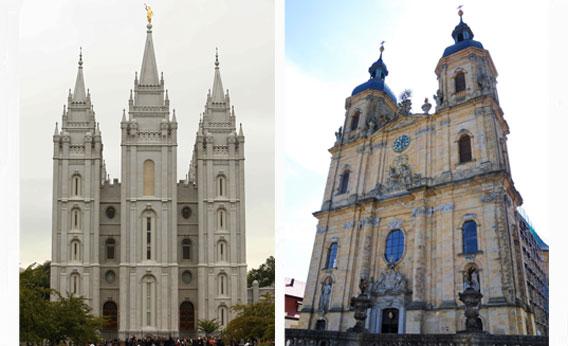 As most of you know, my ministry has had wonderful fellowship with many LDS scholars, teachers and members. We have all benefited greatly from these discussions. It is my sincere belief that a common apologetic can be established on a broader theological paradigm than has been previously discussed. We owe a great debt to the Evangelical scholars such as Ravi Zacharias and Dr. Mouw of Fuller Theological Seminary and other contributors for being willing to have the wonderful engagements they’ve shared with Dr. Millet and many other LDS scholars and general authorities. This has been a prayer of mine since 1971 when I was in regular fellowship with the LDS Church and other Christian bodies. Since that time, I’ve always felt the proper discussion between LDS Christians and the larger Christian Body has not yet taken place. We are all aware of the barriers that exist but not all members are aware of the diversity within the historical Christian Church which would give some accommodations to some LDS distinctions.

In my professional opinion, our communities of faith would be better served if we would simply go back to the ancient paths described by John Stott in his book about early Christian thought and practice. The term Credo simple means “I believe” and these Creeds have become frozen in time and used as test of fellowship. The Patristic witnesses simple did the best they could by creating these formulations to counter Aryanism and other Gnostic trends which were creating tensions in the historic Christian Church. In my area of Old Catholicism, not all of the ancient and modern churches agree on how many or which Councils are required to establish communion among our jurisdictions. Even the historical church in the Anglican and Armenian traditions affirm the Church of Jesus Christ is continually reforming which is good news for those who hold a reformed theological position as well. The basic Kerygma of 1 Corinthians 15 is I preach Christ and Him crucified and His resurrection on the third day. If one believes this statement, one qualifies as a Brother in Christ. There are many ancient basic creedal formations which are contained in the literature of the New Testament. These creeds indicate in the basic formulas that simple faith in the Son of God as well as knowing the Father who sent Him would result in a faith that would develop the believer clear into glorification as stated in 1 Peter 2:2 as well as the Johnine corpus. For further information, please review the work of John Rumann, the Lutheran scholar who explains how righteous was created in New Testament doctrine. The simple faith credos do not directly deal with doctrine of the origins of God nor open theism but a simple belief about God’s existence. Even the Roman Catholic catechism suggests there may be hints of pre-existence of all souls at least in the design phase prior to their birth.  The doctrine of pre-existence of all souls obviously predates Christians origins but certainly was part of Christian ethos in the first century.  Anyone who reads early Christian sources can’t escape the fact that there were many strains of Christian thought which later grew into separate traditions in Church History. The Nazareans held to tightly knit Hebrew Christian ethos. The Eastern Christians of the Marthoma tradition in India and China grew from a Syriac tradition. Other strains grew from the travels of the twelve Apostles.  The simple Kerygma is what the entire Church of Christ has in common to this very day.

Obviously, Dr. Millet’s work. A Different Jesus? clears up many misconceptions that non-Latter Day Saints have about the Gospel and redemption as it’s preached in LDS circles. Likewise, the book by Richard Grant helps LDS Christians to understand the rest of the Christian Body. If LDS Christians were not a part of the Body of Christ, why would they be connected to so many Christian thinkers such C. S. Lewis and let us not forget, Dwight L. Moody who preached in the Salt Lake Tabernacle on two occasions?

As far as studies of the Godhead are concerned, the Odes of Solomon show the Holy Spirit was worshiped in the Eastern Church as being feminine and as a response to the God’s nature from the Hebrew Bible. See the Dance of Divine Wisdom which evolved from the Book of Proverbs, chapter eight. For more information, see the book The Eastern Churches by Stanley Burgess. As Burgess shows, the Eastern formula of Trinitarian theology is much more monotheistic than the divisions of Greek thought demanded in the West.  The Eastern Fathers, Burgess states, including Athanasius who gave Christianity its interpretation of Logos Theology, held that deification was prevalent doctrine among the Eastern Churches and made considerable impact through the Patristics into Lutheran, Anglican and Reformed traditions.  The Eastern Churches have also maintained the policy of an open canonical status of Scripture supporting the posture that tradition is dynamic and not a closed set of measurements.  Roman Catholicism opted for a closed canon because of their doctrine of Tradition interpreting Scripture. The Eastern Orthodox churches to this very day generally hold a Prima Scriptura position in regards to Christian tradition. Due to the influence of Martin Luther, Sola Scriptura has largely been adopted by the Evangelical communities.

ChMost Christians don’t even think about the non-Trinitarian doctrine which is espoused by the National Church of Poland who theological hero was no one less than Michael Servetus whom Calvin may have had murdered due to his stance on the Unitarian theology of the Godhead. See The Oxford Companion to Christian Thought, article on Unitarianism. Therefore, these last two references alone there has been some divergence of opinion in Christian history as to what and who God is. Why don’t we allow for that diversity in today’s discussion? Isn’t there unity and diversity in the Godhead itself? When the New Testament states Christ was embodied with the fullness of deification in Colossians 1:14-26, God in Christ is certainly a creedal statement we can all utilize.

In my theological thinking, Joseph Smith was a mystical, process thinker. As Roger Keller, a former Reformed theologian points out, we need to read and interpret Joseph Smith within his own context and experiences. As a priest in Old Catholic traditions, I’ve grown from this encounter with Joseph. One can always point to the moral failings and the non-spiritual activity of any of us. As Dr. Bushman has asked, is it out of the realm of possibility that Joseph Smith really believed in his experiences and upheld the Risen Lord as part of his testimony? One may ask the question, “Should one’s Christianity depend on one man’s testimony?” The answer is certainly an emphatic “No!” If Christ is not risen, we all have no hope in the resurrection. It is my sincere conviction that the LDS church is a community which is evolving in its relationship to Christ and as my PhD dissertation points out, LDS Scholars can and do inform the rest of the Christian Body about ancient temple endowments and early Christian struggles to understand these concepts. Krister Stendhal, the great Lutheran expositor, stated to Truman Madsen, the LDS Temple rituals are biblical because they portray salvation activity in the ritual. I believe the church’s historical liturgy can be combined with some temple rituals to give a complete worship experience.

All Christian denominations provide special gifts and callings to the Invisible Church whether provide a rich worship tradition or joyful response to the Spirit of God a social justice paradigm for the world to see the righteousness of Christ in her people or even the gift of academic achievements to defend the Christian Gospel. All are needed to join the quest and to be a part of the reforming church.

Up to this juncture, many of our Evangelical brethren still have trouble accepting their LDS brothers and sisters as full participants of God’s grace even though the LDS traditions offer a view of grace which comes from Pelagius and Duns Scotus. The concepts are not identical but do have some close intersections. On an experiential level, when a priest blesses a married couple in Orthodox traditions, the crown is worn by the couple and the hands are tied together and their union is eternally blessed as a sacramental marriage which will be part of the formation of the Kingdom of God when we will share co-ruler ship with Christ. It is a common practice for a priest in the Old Traditions to have special undergarments which pre-figure the new righteousness of his testimony in Christ and were worn in the Syrian tradition right after baptism.

All this information demonstrates that a broader Christian LDS ethos is possible if we will fully recognize each other, as Jennifer C. Lange suggests, as witnesses for Christ. In my professional opinion, the Latter Day Saint faith community would be well served academically by systematizing their theological concepts in a scholarly framework that the general Body of believers would recognize by developing their Law Gospel paradigm. And for the general Body of Christ to recognize the fact, as Dr. Webb has written, we can learn from the growth of LDS Christianity. The aim of Christ’s High Priestly prayer was that we would all be one in Christ’s vineyard. Please give me your heartfelt suggestions on how we may narrow the divide that has been falsely placed there by human interpretations.

May we all love and honor our Master in the service of Grace to all mankind who are seeking to be developed into the completeness of His Divine Image.