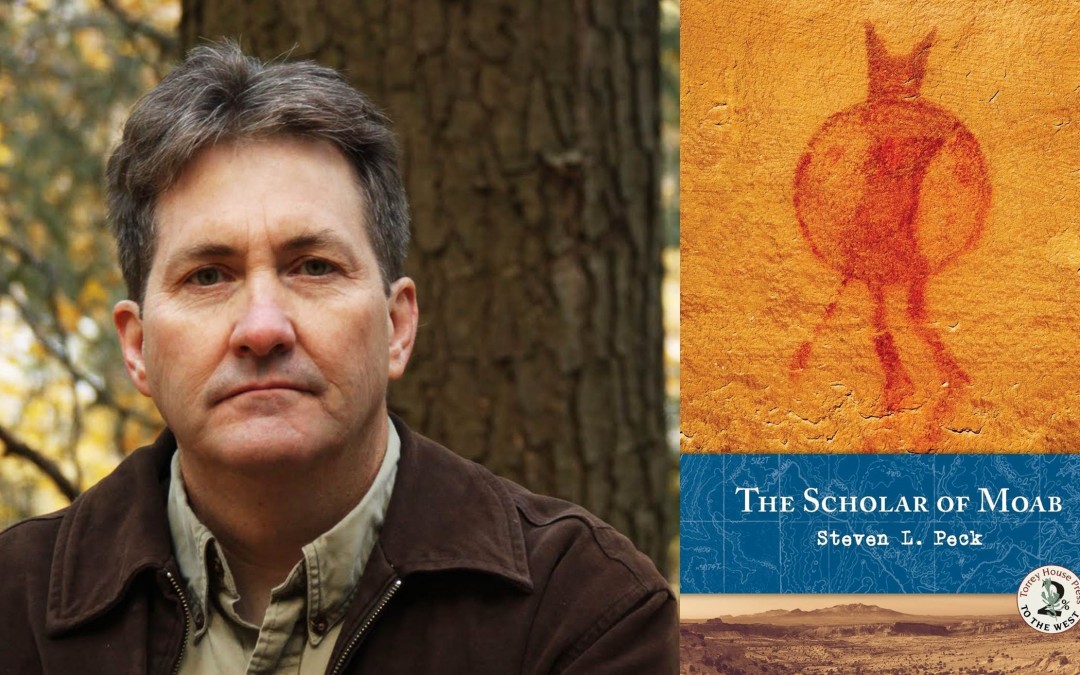 I’m not sure what Steve Peck is. I’m certain he is a BYU professor but there is much more that remains a mystery. He seems to grasp doubt and skepticism as well as anyone can but states that he is a believer in his recent non-fiction work Evolving Faith. He creates truly strange realities (hell as a library, and squirrel civilizations), unique characters (a two headed cowboy with three conscious centers), and absurd happenings (alien landings—it could happen) but also regularly publishes peer reviewed scientific investigations and findings. Who Steve really is I don’t know, maybe he doesn’t either, but I do know that his writing is fun to read.

In this first installment of the Mormon Fiction Book Club Emily and Milt join me to discuss The Scholar of Moab (SOM), which I have reviewed elsewhere. We talk about all parts of the book here so if you haven’t read the book and plan to read it please go do so before listening. The SOM is really a unique book, and not only in the strange characters and events it contains. It is written in an epistolary format, which is an uncommon but not unheard of structure for novels to take. instead of reading a chapter by chapter narration of a story we pour over journal entries, letters, and news pieces in order to put the narrative together from the disparate points of view which gives the book a bit of a puzzle solving feel and leaves parts of the story unresolved because our omniscient narrator is absent. If you liked reading Bram Stoker’s Dracula for the form as much as the blood sucking horror you will probably like the SOM, Dracula being known as the quintessential or at least one of the most well known and widely praised polylogic (more than three voices) epistolary novels. In many ways the SOM is cynical yet thoughtful, silly yet beautiful, and the characters are likable yet at the same time not really. I found it a joy to read that kept me laughing and thinking all the way to the uncertain end.

Once you listen let us know what you think.

Let us know what you thought.

Also, if you are reading along with us make sure to pick up a copy of Marine Whipple’s The Giant Joshua and join the conversation next time.