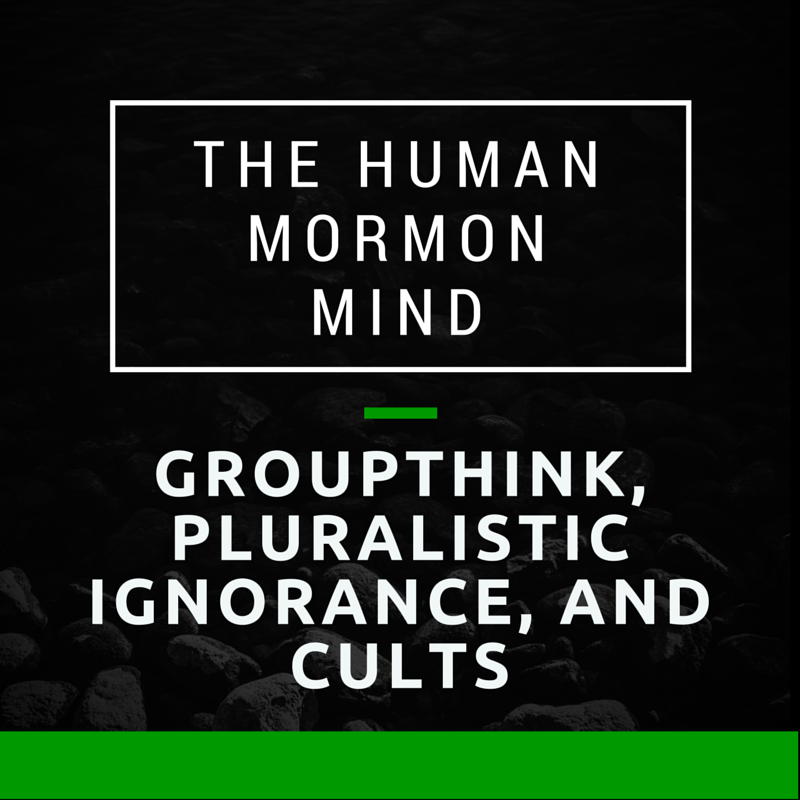 In continuing our series “The Human Mormon Mind,” I had talked with Michael Barker and Mica McGriggs about the three related concepts of Groupthink, Pluralistic Ignorance  and Religious Cults (Dr. Sheldon Greaves chimed in on the last topic as a scholar of religion). We discuss the ways in which our thinking and willingness to share our honest observations and thoughts are affected by the group dynamics in the world at large and in Mormonism, both at church and online.

As with the other parts of this series we draw topics and cursory explanations from David McRaney’s two books You are Not so Smart, and You are now Less Dumb.