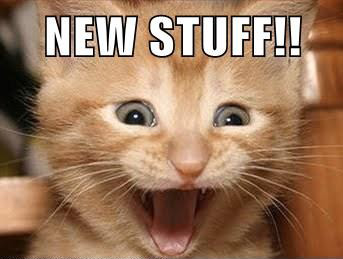 Enjoy a short little minisode folks. We have plans and we’ll even tell you what they are. This is also the only podcast with some sort of transcript. You. Are. Welcome.

B Dizzle: Hello everyone. Welcome to a mini-sode on the Rational Faiths Podcast. THE BEST PODCAST IN THE BLABBERNACLE!!! I am Brian Dillman.

I’ve been talking with Brian and others at RF and we’ve got some plans for all of you. Now, I have not been active in the online world of Mormonism as long as some but I’ve been around a few years and noticed that a lot of themes seem to come up over and over and over again. So if these common themes are important to people going through a faith crisis or those trying to make the middle way work why not we address these themes directly and continually. That is what we are going to do on the podcast folks. Every month we’ll hit on each of these themes so we can offer a regular discussion or thought catalyst for these ideas, problems or general issues.

(1) One theme that comes up often is Sexuality. When a change in faith occurs it is often the case that every aspect of a person’s life is re-examined and evaluated. Sex is an important aspect of the human experience. As important as sex is it is often fraught with confusion, as it is a taboo subject for many growing up in a culture that fully embraces and preaches purity ideals it is  a difficult subject for many to approach. How does one have a good roll in the sack and be a good/righteous mother or father or spiritual leader. Compartmentalization does not come easy to all nor is solid education is this area easily found nor is it approached without apprehension. Luckily for us we already have this theme going with the “Ask the Mormon Sex Therapist” discussions with Dr. Jennifer Finlayson-Fife. We plan to continue providing a platform for our sex expert to field questions that listeners submit with increased regularity.

(2) A desire that welled up strongly in me is one to fill in the void in my mind with a solid understanding of the Mormon story. How did the church form? What were early members joining for? What did they really believe in? How has the church morphed and changed into what it is today? A solid way to answer these questions is reading. The problem then arises of what to read and how to prioritize our reading. I have asked Dr. Ben Park, who is a scholar of Mormon history to prepare a list of books to read for someone new to Mormon history. Ben has annually shared book reading lists on the Mormon History blog “The Juvenile Instructor” as guides for those diving deep into Mormon history. Our list is a bit different in that it is not intended for the history buffs but for a NOOB (like me). The books on the list he has prepared generally have 200-350 pages of reading (not including endnotes or appendices). There are some exceptions but having quality scholarship written on the shorter side of the spectrum provides a more manageable route to coming to “know” the arc of Mormon history as opposed to reading 10-25 600+ page tomes to be considered “well-read.” There are many great books that have not made the list because you can only fit so many books on a list before it loses its utility. We will make reference to the other books that are omitted for various reasons and show why the books Ben has selected fulfill the requirement of helping us come to learn the Mormon story.

(3) A third topic that comes up often is epistemology. That may or may not be a strange word to you but what I am getting at is how we know what we know. When we question or even reject our previous held beliefs we often start to become aware of the bias and self-delusion of one sort or another we were operating under. Then we ask ourselves “how can I know?” I think we ask ourselves this because we feel a loss when our cherished beliefs are seemingly taken from us and we want knowledge that is “real” or “authentic” rather than contrived or culturally influenced. As far as I can tell we never really escape bias or self-delusion. This is because Mormon or not, believer or not we are all human. We all have human DNA and human minds that operate in the same general way and are susceptible to or more accurately prone to bias and self-delusion. The thing is it is fun to talk and think about the ways these biases and ways of knowing affect our lives. So we will talk about cognitive biases, logical fallacies, and other things of this sort. We will be using David McRaney’s insightful and comical book “You Are Not So Smart” as a discussion guide to the ways that we “think” we make sense of the world around us when in reality we are often not necessarily making sense.

We’ll continue to come up with other ideas and try to respond to current events as quickly as possible, and we may even and another theme into the mix. What you can count on is every month we will be talking sex, great books and how we know what we know, or don’t know.

Until next time keep keepin’ it weird!

Note: The sweet background music is called “Funky Lil GTR Riff” by Javolenus  and is used under a Creative Commons License with not alterations made to the work other than volume adjustments.