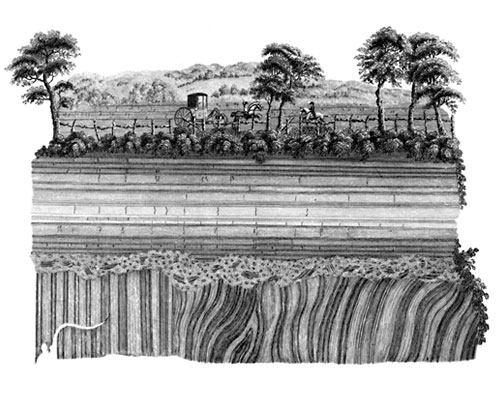 Geology is my favorite subject in science. It is one of the few disciplines that allow you to get paid to go on hikes and play in the dirt. Beyond the outdoor work environment, Geology tells us so much about the world we live in and plays a crucial role in diagnosing ecological problems. In this podcast I talk with Dr. Jani Radebaugh, who is a planetary scientist at BYU, about the basic principles of Geology like uniformitarianism, plate tectonics, and radiometric dating. The discipline of Geology teaches us that we live on a very very very old earth and that the forces that shape the earth now have been in motion for a long time, punctuated periodically by catastrophic events. For me, studying Geology often gives me a sense of awe as I learn about the deep and long time that the earth has been in existence, the magnitude of the forces involved in shaping the earth, and the wealth of material knowledge we have gained from the earth (despite the improbability of the existence of many bits of evidence such as fossils).

Geology clearly puts us at odds with a surface level fundamentalist reading of the scriptures, particularly the creation narratives. This leaves us with a question that Henry Eyring posed in his book Reflections of a Scientist:

We have a dilemma, however, because God has left messages all over in the physical world that scientists have learned to read. These messages are quite clear, well-understood, and accepted in science. That is, the theories that the earth is about four-and-one-half billion years old and that life evolved over the last billion years or so are as well established scientifically as many theories ever are. So, if the word of God found in the scriptures and the word of God found in the rocks are contradictory, must we choose between them, or is there some way they can be reconciled?

To me. the reconciling takes time and effort and it is not way of justifying the scriptures to mean what they say but a means through which we find value in scripture as well as science. It is a process that is constantly being practiced and honed at RationalFaiths.com. It is really the mission of this podcast and blog to find meaning in Mormonism. In that mission we accept and celebrate the meaning will be found in a variety of ways, some of them are going to be weird, like Mormonism should be. 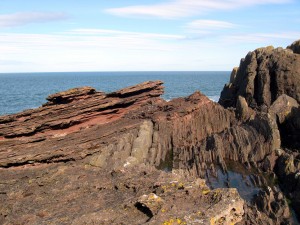 A popular picture of Siccar Point which is a historic site in the development of Geology. Dr. Radebaugh mentioned this in our conversation and I nerd out about it pretty hard with Brian at the end of the episode.

For a Discussion on the Big Bang click here.