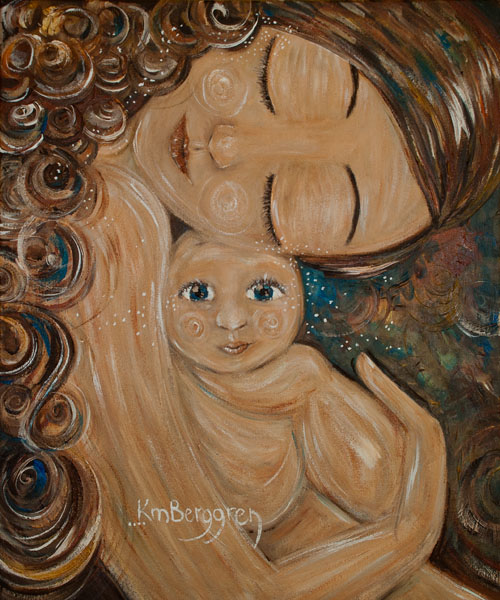 When I was nearing the end of my mission, there was a bit more of a hullabaloo than usual within the church over Joseph Smith.  It was November of 2005.  If Joseph Smith had been an elf or one of the Dunedain, he would have been celebrating his 200th birthday in December.  During the next two months there were all kinds of special meetings and talks and firesides about Joseph Smith in honor of this anniversary and his life.  And a lot of them made me uncomfortable in a way I couldn’t quite explain.  I was a just-returned missionary in late November.  I had defended against all sorts of abuse hurled at Joseph Smith and the Church.  I became quite good at seeing through the shallow narratives with a few bits of truth thrown in that sought to make Joseph Smith a one-dimensional, evil man so everything he did could be discredited.

Actually, even if it wasn’t Joseph Smith I was defending, I would have had a problem with this type of narrative.  Since when is anyone only a one-dimensional good or evil person?   Well, to some in the Church, (and apparently to everyone I heard giving a talk or fireside on Joseph Smith that year) Joseph was one-dimensionally good.  His mistakes were charming, his words always profound and just, and his enemies always inspired by pure evil. That, I realized, is what made me uncomfortable.  The same kinds of shallow narratives I had been battling against on my mission were now being used to justify Joseph Smith as all-wonderful and inspired, and that just didn’t sit right with me.  However, it was a talk my mother gave right after my mission that helped me identify my discomfort with the shallow narratives I was hearing, and find true gratitude in a more complicated version of Joseph Smith.

When I was quite young, I remember hearing something from my mother about how she was grateful for the restored Gospel, but she really had a hard time with Joseph Smith as a person, and some of the things he had done (especially in regards to Emma.)  I could tell it was something that really bothered her-why God would allow someone in that position to be so incredibly flawed when what he was doing was so important.  As fate would have it, she was assigned to speak that December in 2005 about Joseph Smith in honor of his 200th birthday.  My mother has a gift for speaking with raw honesty and deep feeling when she gives talks.  I remember when she gave her talk, she started by humbly explaining that she had always had a hard time with Joseph Smith and all of his imperfections.  However, her feelings changed after the birth of my little sister.  She was born on December 23rd,  Joseph Smith’s birthday.

When my sister was born, my mother recounted being amazed at how beautiful she was, and feeling awed by being responsible for such a bright, perfect child.  She keenly felt her own weaknesses and failings as a mother and a human being, yet God had given her this beautiful baby and filled her with love in spite of her imperfections.  It was a moment of grace.  From this experience she had the realization that Joseph Smith had been given a task greater than himself, too.  The Lord had something remarkable, perfect and beautiful to bring to the world, and he chose Joseph, an imperfect and unfinished vessel, to do it. 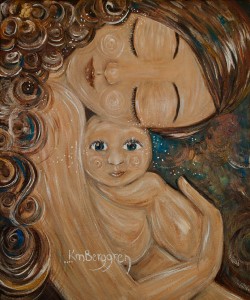 My mother has been a powerful witness to me of the Atonement and how it empowers us with grace because of our weaknesses and mistakes.  I have witnessed the power that Christ’s grace has, not only to heal, but to empower us as the Lord tells Paul in 2 Corinthians 12:9.  “My grace is sufficient for thee: for my strength is made perfect in weakness.” (emphasis added)   Joseph Smith didn’t restore the Gospel because he was super-awesome on his own and just needed a little push from God to help out. He restored the Gospel because he had weakness, and gave that weakness to God.  That is what made him strong. The rest of 2 Corinthians 12:9 reads from Paul, “Most gladly therefore will I rather glory in my infirmities, that the power of Christ may rest upon me.”   That someone so weak could restore the Gospel of Jesus Christ and become a spiritually great man is possible only through the grace and power of Christ.

I am grateful to know of Joseph Smith’s imperfections because I see that if Christ can accomplish such a great work through an imperfect but willing person like Joseph Smith, then Christ must be able to work at least a small wonder or two in me.