Yes, We Have No Bananas! 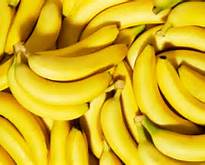 And like that whimsical song of yesteryear, I not only have no bananas, I also have no blog article for this month.  I feel, however, that I owe an explanation to my faithful readers, so sit right back and you’ll hear a tale of my wrestle with the Lord.

It is not like I didn’t try to have a blog ready this month.  In fact, I had one all lined up and ready to go.  It had a nifty title, The Late Great Article of Faith, and dealt specifically with AoF 7, which sets forth all the spiritual gifts in which we as Mormons believe.  There’s the gift of tongues, prophecy, revelation, visions, the interpretation of tongues, and so forth.

My idea was to line them all up one by one, devote a section to each, and demonstrate by compelling evidence that although these gifts were enjoyed in the early days of the LDS Church, they slipped through our fingers somewhere along the way.

I did a lot of research in order to substantiate my argument, culling quotes from the Book of Mormon and Church History, as well as Henry B. Eyring, Boyd K. Packer, Richard G. Scott, and Gordon B. Hinckley.

The thought occurred to me that although I don’t hear a lot about spiritual gifts from Church leadership, the fact is I have experienced a lot of those gifts in my personal life.  I thought about those experiences. 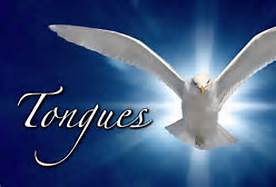 The gift of tongues?  I had received that.  Prophecy?  I had experienced that, too.  Revelation?  Yes.  Visions?  Check.  Upon reflection, I was surprised at how many of these gifts I had received over the course of time.

The only gift I could not positively say I had received was the gift of healing.  But you have to be careful about that one.  Things could always have been worse than they turned out to be!  Still, there was no instance I could point to definitively and say that constituted a healing in my own life.

That was easy enough to take care of.  I wrote a paragraph at the beginning of the blog as a caveat saying that the experience of spiritual gifts among the members of the Church was beyond the scope of this paper, which would instead focus on the messages 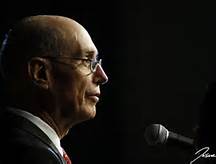 given by Church leaders at General Conference.  “There,” I thought.  “That should take care of the problem.”

So I had my idea, the format, the research, and everything was ready to go.  It would be no holds barred; a real barn burner.

That’s when I ran into a problem.

I couldn’t write it.

But I want to go into a bit more detail about why I couldn’t write it, even though I will grope for words in order to convey the actuality of what happened.  Obviously, I could type out the words for my blog, just like I am doing now, but it seemed that I was being prevented, by some force either external or internal, from articulating what I meant in a way that was satisfactory to me.  I spent many hours on this project, and came back again and again to my draft, adding language, deleting some, amending other parts.  It just wouldn’t work.

And all of this with a deadline looming.

It wasn’t just the inability to complete the project that frustrated me, but an air of discomfort surrounded my efforts that continued to dog me even when I wasn’t actually writing but just thinking about how to work it out in my mind.  I suppose this could be chalked up to a classic case of writer’s block.  But it wasn’t helped by repeated efforts over weeks to come back to complete the project.  This is not the way things usually work for me.  For instance, since starting this draft, I have hardly had to stop at all and the words come flowing into my mind and out onto the word processor with little need to go back and revise.

I finally came to the crisis—the point at which I needed to make a decision on what I would do.  It is Tuesday, January 21, 2014.  I have come down to the office and once more tried to iron out the difficulties I am having with the blog.  Once more I am rebuffed.  I take a walk in the chill winter air to clear my mind.  I walk with a limp because of a pain that has developed in my left hip over the last several weeks. 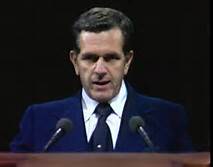 As I limp along, it occurs to me that maybe I am having difficulty in writing this because somebody doesn’t want me to write it.  Maybe it’s an internal subconscious intuition.  Maybe it’s an outside force.  If I had to come up with a scriptural phrase to describe what I have been encountering, it would be a stupor of thought.  My own words would be something like an oppressive pall.

While walking, I call a dear and trusted friend in Arizona to talk about the situation.  He gives me some insight, and perhaps some reasons that maybe what I was intending on writing wouldn’t be the best thing in the world for me to publish.  Some of it has to do with the subject matter being purely critical, without one shred of positivity to it; not even a suggestion as to how to make things better.  At bottom, it may have stemmed from the fact I was writing it more like a lawyer arguing a case than a disciple seeking for truth.

As a result of my dawning realization, I make a decision—I will scrap the blog I had intended to write.  In spite of the approaching deadline, I trust God to give me something to write in its place.  I think of the line from “The Sound of Music” where Julie Andrews says that whenever God closes a door, he opens a window.  Or as Cervantes put it, “Destiny, when one door is shut, always leaves another open.”  (Don Quixote, Part I, chapter 15) 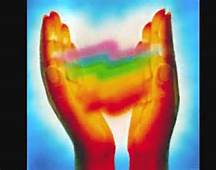 night long, and how at the end of the match, God touched the hollow of Jacob’s thigh and crippled him enough for God to win the bout.  (Talk about no holds barred.)

My mind turns to the problem I have with my left hip, which has for several weeks been plaguing me, making me walk with a slight limp.  It seems to be something to do with the front tendon.  I can’t lift my left knee up in front of me without pain, and I can’t pull my left leg after me when getting into my car without physically using my left hand under the knee to assist.

I don’t know how long this problem with my hip has been going on; I only know it has been weeks.  I am not here to tell you that it started right when I planned to write this blog, but saying it was around that time wouldn’t be bending the truth.

I am still taking that walk on Tuesday morning and I think, “Wouldn’t it be funny if God stymied my efforts to write about the absence of spiritual gifts in the modern LDS Church by interposing such a gift 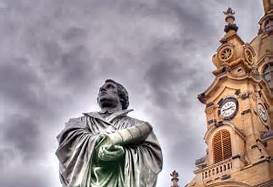 on me personally?”  God is funny like that.  I think he likes irony.

The thought occurs to me that the story would be complete if, what with my having jettisoned the idea to write the original blog, my hip suddenly got better.  I say a prayer to that effect as I continue to walk.  No miracle.  No nothing.  I say that’s okay; I get how God usually doesn’t like to be too obvious.

I feel a weight lifted from my shoulders with my decision to not write the blog I had planned, and am just waiting and open to a new idea for something to take its place.  Nothing is coming.

I go to bed that night and turn out the light.  I use my legs to adjust the blankets around my feet.  I hear a loud click in my left hip.  It hurts for a moment.  I think, “Is that my hip getting worse, or has God decided to heal it after all?”  I don’t bother getting up to test the theory.

The next morning I wake up and get out of bed.  My hip is better.  The one spiritual gift in AoF 7 that I have never experienced is now present and accounted for. 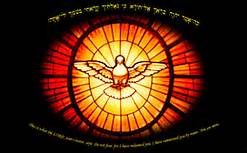 In the interests of honesty, the area still aches some, but I think that is mostly residual from the original injury.  I walk two miles that night on the treadmill and another two miles the following night.  I’m not complaining. (And adding this part two weeks later, it is completely healed.)

And though I scrapped the original blog I had spent so much time and energy on, I find I still have something to take its place—the story of how it came to be that I have no blog for this month.

So yes, we have no bananas.

But maybe I managed to get something better in the process.