The Word of Wisdom: We are Doing it All Wrong 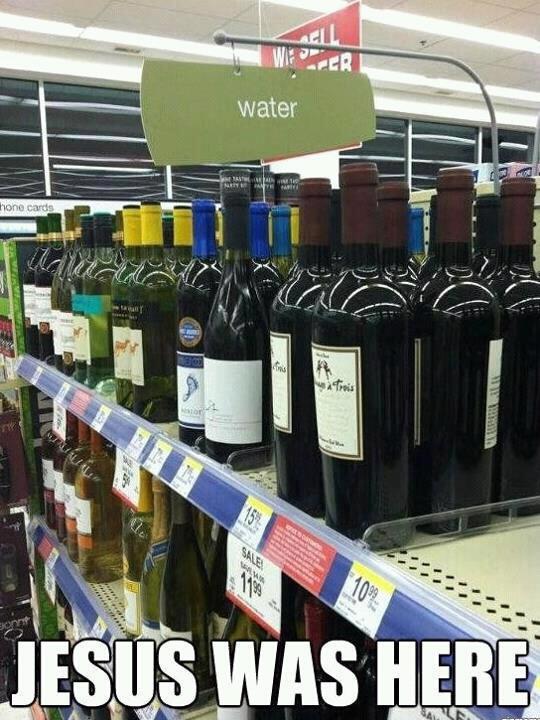 A couple of years ago I wrote a series of posts about revelation, specifically about revelation or inspiration received through a human filter. Part of the series was a three-part post in which I dissected the Word of Wisdom (through my own filter, obviously). You can read Part 1 here, Part 2 here, and Part 3 here.  In those posts I related how the Word of Wisdom was a product of Joseph’s time and his worldview and perspectives. Today, most Mormons believe that the Word of Wisdom consists of abstaining from coffee, tea (green and black), alcohol (excluding Nyquil), and tobacco. Although the Word of Wisdom does not specifically mention illegal drugs, they are on the blacklist today too. I think it would be fair to include the abuse of legal drugs also. I don’t think there is an official church stance on medical marijuana. If I’m wrong, please post a comment and the source.

First and foremost, the Word of Wisdom was intended as counsel, not as a commandment:

D&C 89:2 “To be sent greeting; not by commandment or constraint…”

But somehow, over time, the intention changed. The culture changed. Things got specific…

89:9 “…hot drinks are not for the body or belly.” What exactly does this mean? Well, it evolved from literally not drinking anything hot – including soup – to just not drinking coffee and tea (green and black tea). If you ask Mormons why those two things are singled out, most will rattle off something about caffeine (while slurping down their ice-cold Diet Cokes). Fortunately, the church recently stated that caffeine is in fact not part of the Word of Wisdom. All closet Diet Coke drinkers breathed a sigh of relief and felt worthy again. Dr. Peppers on the house!

When the church’s statement about caffeine came out, I got the sense that we as a people want to be commanded in all things. We want to be told what is good and what is bad. For a lot of people this makes life easier and less complex. We want a plan! The unknown is scary. It’s easier to follow a checklist in order to receive blessings and happiness. We like knowing that we are on the right path. It feels good. However, there are issues in wanting instruction for every little thing in our lives. We are warned of this, yet we persist.

D&C 58:22 “For behold, it is not meet that I should command in all things; for he that is compelled in all things, the same is a slothful and not a wise servant; wherefore he receiveth no reward.”

Let’s go back to the Word of Wisdom to further demonstrate this point. When we are offered something to eat or drink do we ask ourselves first, “Is this good for my body?” or do we ask ourselves, “Is this against church rules?” Or is it one in the same: “I don’t drink this because the Word of Wisdom says it is not good for my body.” If something is on the “don’t” list, then it is completely avoided – even association with it is avoided. I turned down some food on my mission because it was cooked with alcohol (don’t judge me – I’m sure I’m not alone). But on the flip side, if an item is not on the “don’t” list, we are ON BOARD. And we will even offer a prayer for it –  “bless these doughnuts to nourish and strengthen our bodies.”

One time when I went to a restaurant with some friends we had to split the pizza – half meat, half veggie – because one of my friends was a vegetarian. I asked him why he decided to be a vegetarian. He simply stated that his body couldn’t digest meat. Fair enough. His body is different than mine; he has different needs. Some people prefer Tylenol to Advil because Advil upsets their stomachs. Many medications that work well on one person will do terrible things to another. Some people are allergic to grains – there goes the “staff of life.” (D&C 89:14)

I guess what I’m trying to say is that we are all different – physically, emotionally, mentally, spiritually, etc. We all have different needs. What works for some of us, just will not work for others. So when our rules, our “do’s” and “don’ts”, get too specific, something’s got to give. In order to learn about ourselves, to grow and mature, we have to get uncomfortable; we have to take calculated risks. The problem with wanting to be commanded in all things is that we oftentimes give up our most valuable gift in the process – free agency – and our growth is stunted.

Here are a few examples that illustrate that desire to be commanded in all things instead of discovering and learning things for ourselves.

The way I see it, clinging happens today when we rely upon specific instruction to guide us on the path to higher ground. In addition to the Word of Wisdom, white shirts, ties, dresses vs. pants, sleeves on children, no facial hair for men, only one pair of earrings, and no long hair on men are more examples. In so many areas we have created policies that trump written scripture. Should we start counting the steps we take on the Sabbath now? We have even done this even with the temple garment. Nowhere in the temple do we covenant to wear the garment both day and night; we are instructed to where it “throughout our lives.” But policy rears its ugly head in the temple recommend questions when we are asked if we wear it both day and night. It even includes a bit about not taking it off during yard work. Where is our opportunity to exercise our agency? Where is the chance for personal, prayerful interpretation? It seems like if a principle is measurable, then we will measure it. It’s so much easier to measure – you either drink green tea or you don’t; you either wear garments while doing sweaty yard work in the Arizona sun or you don’t. Checklist complete!

As a parent of four boys it is exciting to watch them grow to say the least. I love the stages they are in right now. That being said, I can’t wait until my youngest is out of diapers and I can’t wait until he sleeps through the night. I can’t wait until they can wipe their own butts, well, at least do a better job at it. Different stages comes with different rewards. I love seeing my wife breastfeed our youngest. He is our last child so we treasure it even more. There is a tiny hidden battle I think that takes place in most parents, an inner battle of wanting to keep their kids locked into a certain age, cute and adorable. But as parents it is so rewarding to see our kids grow and mature. Don’t we want our children to think for themselves? Or do we want them coming to us for the rest of our lives to make sure they wiped their butts properly? I don’t think our Heavenly Parents want that either.

So instead of asking whether or not something is against church rules, perhaps we should ask if it is beneficial for our bodies, if it’s moral, if it harms others, if it harms ourselves, etc. Study it out. Thoughtfully. Make calculated risk. Be mindful of yourself and others. Exercise moderation. Try to eat organic. THINK, search, ponder, and pray. Don’t give up your most precious gift – your free agency. And stop clinging – that is so 600 B.C.

And while you pass the coffee, here is a fun list of Word of Wisdom rebels: