Why I Wore Pants on Sunday: OFF WITH THE PANTS!!!! 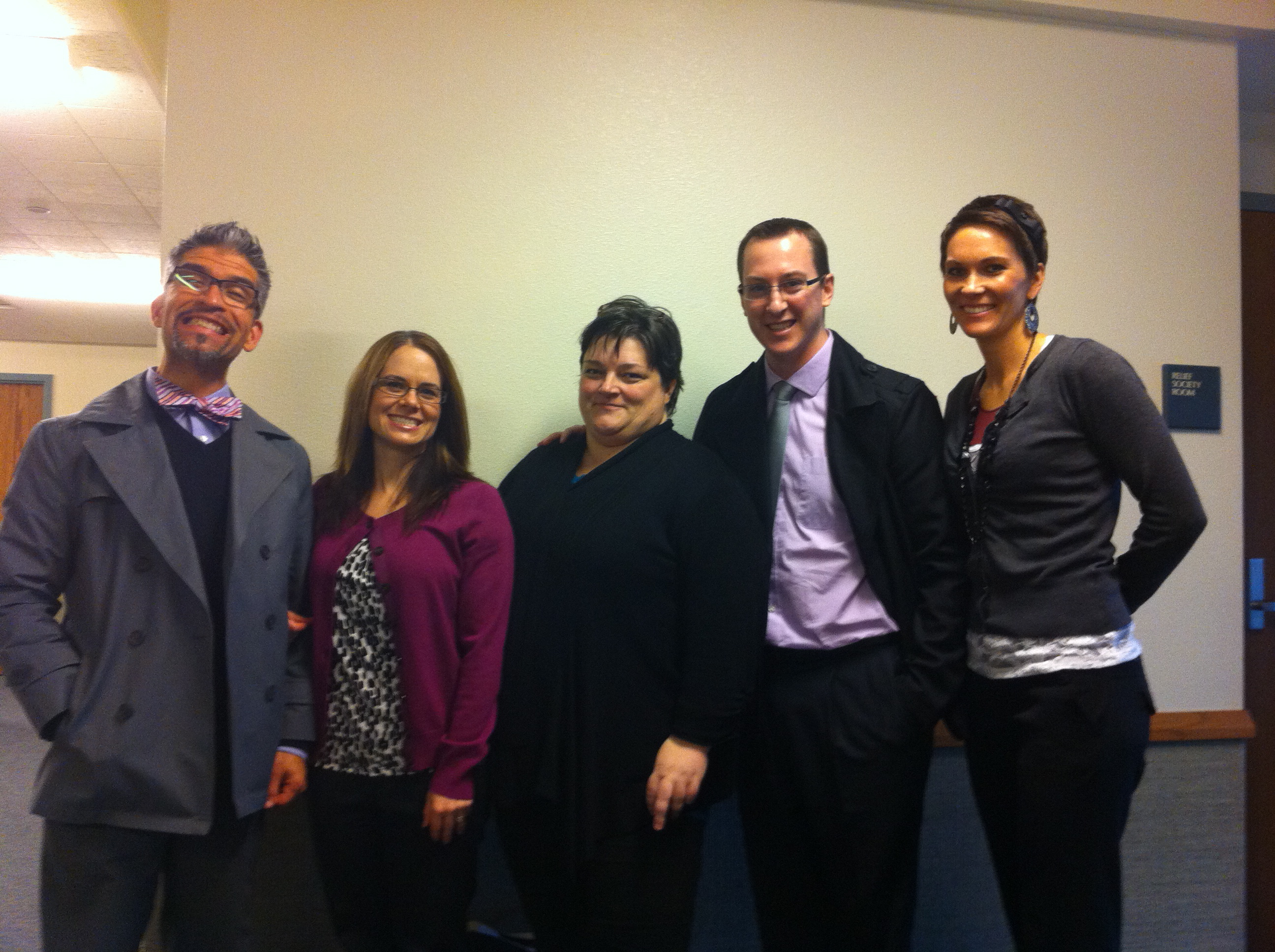 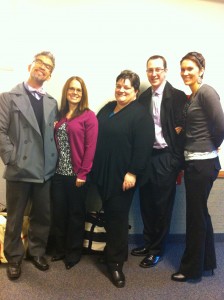 As many of you may know, Sunday, December 14th was deemed “Wear Pants Sunday” by a group of Mormon Feminists.  It began as an invitation for women to wear pants, and men to wear purple, in support of gender equality within the church.  It was not meant as a protest or a publicity stunt, but simply a way to show awareness for gender discrimination and solidarity among those with similar views.  However, when word spread about this “movement” throughout Facebook and the bloggernacle,  a war ensued.  Many found it offensive that women planned to wear pants to church.  Some women were called  to repentance and their faithfulness questioned.  Others were called names like “idiots” and “stupid”.  Some were even asked, “Why don’t you just leave the church?”  It became a very hateful and un-Christlike attack on women and men who support gender equality. The strange part was, some didn’t even care about gender equality; they were more upset that women wanted to wear pants.  Really?

When I originally heard about the “Wear Pants” movement, I wasn’t really planning on wearing pants.  While I do support gender equality,  I wasn’t really sure  how wearing pants would accomplish anything.  And, the thought of being at church, sitting in front of everyone in Relief Society (because I’m in the presidency), and being judged because I’m wearing pants terrified me!  That thought, however, is what changed my mind about wearing pants.  I know the movement wasn’t supposed to be about pants, but for me a big part of it was. 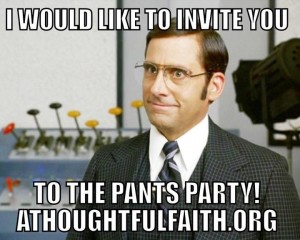 Click here to listen to an interview with Kristina Monson, one of the organizers of the “Wear Pants to Church” event

In the LDS Church, the “cultural norm” is for women to wear dresses or skirts to church.  The Church PR department recently said, “generally, church members are encouraged to wear their best clothing as a sign of respect for the Savior, but we don’t counsel people beyond that.” (ksl.com) So, it is not Church policy for women to wear dresses.  However, I find that when a women comes to church wearing something other than the “cultural norm”, whether it be pants, wearing a skirt above the knee, showing tattoos, or multiple piercings, she is immediately judged as an outsider.  I’ve heard missionaries comment that their investigators feel uncomfortable coming to church because they don’t have the “right clothes”, causing them to feel like they don’t belong.  What kind of message are we sending to these investigators?  Come unto Christ, but only if you look like us?  I find this very sad.  Church should be about worship and learning how to be more Christ-like; not about the clothes we wear.  There are a few women in my ward who come to church wearing pants fairly regularly.  They usually keep to themselves, sit in the back, and leave immediately after church.  It is obvious they don’t feel a part of our ward.  Thinking about how scared I was of being judged if I wore pants and realizing that this is how many people feel each week, was one reason I decided to wear pants. It was in an effort to help these sisters and new investigators feel more accepted at church.

My other reason for wearing pants was to support gender equality within the Church.  Yes, I call myself a feminist.  Now, before you go thinking about burning bras and unshaved legs, I am a third-wave feminist.  Which means I think women should do whatever the heck they want to do.  If they want to be a stay-at-home mom, that’s fine.  If they want to work outside the home, that’s fine.  The thing I care about  most is that we have a CHOICE.  I do have some issues with gender equality and I think women need a more active voice in the Church, but that’s for another post.  My perception is that many members of the Church see feminists as being on “the fringe” or as outsiders.  As a feminist, I wanted to show support to my friends and family members who are feminists.   I don’t want them to feel marginalized; I want them to know that their unique contributions are wanted and needed. I also wanted to show that feminists can be temple-recommend holding, faithful leaders in the Church.

I hope I didn’t offend anyone at church today by wearing pants; that was not my intent.  For 37 years I’ve worn a dress to church, have always done what I’m supposed to do, and have always been on the “inside”.  Realizing what it must feel like for those on the “outside” gave me empathy.  When I was baptized I covenanted to “bear one another’s burdens, mourn with those that mourn, and comfort those that stand in need of comfort” (Mosiah 18: 8-9).  Today I stood with those that “needed comfort“.  If I helped someone feel more acceptance and less isolated, then the uncomfortable stares I received were worth it.

The U.K.’s, Daily Mail, picked up this essay, quoted extensively from it, used the picture at the top of this blog-post as its featured photo,  and linked to it.  Click here to read the article.

Born and raised in Oregon, Cathy now lives in Southern Oregon with her husband and two girls. She works as a dental hygienist. She loves spending time with her family and enjoying the outdoors.

All posts by Cathy Barker