Why I am a Christian First and a Mormon Second. 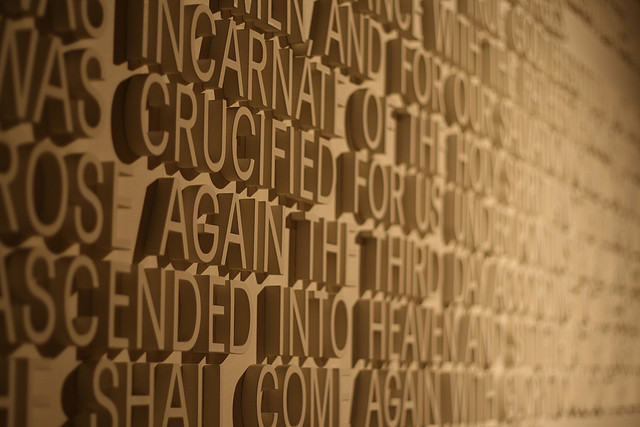 Ever since reading David V. Mason’s “I’m a Mormon, Not a Christian” (Op-ed, NYT, 12 June 2012), I have thought about how my experience as a Mormon Christian differs from his. Mason, who sees himself “about as genuine a Mormon as you’ll find” and “emphatically not a Christian,” seems so radically different from how I see myself—as emphatically a Christian while also being a very genuine Mormon (one who has served in a number of capacities, including Bishop, and given six-years of full-time service in missionary and humanitarian service). Mason contends that because they believe Jesus is divine, Mormons feel “they are Christian by default.” The vast majority of Mormons certainly don’t believe in any sense that we are Christian by default. I am Christian not only because I believe that Jesus Christ is divine and the Savior of the world but because I believe his gospel offers the greatest hope of happiness and transcendence in this life and in the life to come. But I also believe that my Christianity leads me to see all believers (as well as non-believers) as God’s children and my brothers and sisters.

My biggest fault with Mason’s article is that he is so categorical in his judgment of Christians, seeing them in monolithic opposition to Mormonism. Perhaps we move in different circles, but through my involvement in interfaith and ecumenical work with other religions, including a variety of Christian denominations, I have found that most Christians (as well as most Jews, Muslims, Buddhists, etc.) see Mormons as belonging to the Christian community. While it is true that some Christians, especially Evangelicals, have difficulty seeing Mormons as fellow Christians, most Catholics and Protestants do not. As a member of the Marin Interfaith Council (and previously as President of the U.C. Santa Cruz Religious Conference and the Santa Cruz Interfaith Council), I work alongside other believers of many faiths, happily joining them in worship and service.

What I find most distressing about Mason’s article is that he seems as judgmental of Christians, as he is accusing them of being of Mormons, saying, “Being a Christian so often involves such boorish and mean-spirited behavior that I marvel that any of my Mormon colleagues are so eager to join the fold.” His reductio ad absurdum of the origin and evolution of Christianity and Christian-Jewish relations is guilty of the same stereotyping and, yes, mean-spiritedness that has characterized anti-Mormonism over the past nearly two hundred years, including during the current presidential campaign.

In a lecture I gave at Graduate Theological Union last December titled, “Are Mormons Christian?” I stated, “No other word [“Christian”] so accurately defines us.” As Nephi, a Book of Mormon prophet, declared, “We talk of Christ, we rejoice in Christ, we preach of Christ, we prophesy of Christ” (2 Nephi 25: 23, 26). And in spite of what some Christians contend, the Christ Nephi speaks of and whom Mormons worship is Jesus of Nazareth, the Son of God, the Savior of the world.

While Mormons are decidedly Christian, we have our distinctive beliefs, as, in actuality, does every Christian denomination. As I enumerated in my GTU lecture, the Protestant and Catholic churches are not united on a number of doctrinal issues, including celibacy, the necessity of baptism, ordination of women, the nature of the Eucharist, infant baptism, universal salvation, priesthood authority, homosexuality, divorce, the inerrancy of the Bible, original sin, free will, predestination, the Day of Judgment, and, not surprisingly, grace and works.

I love teaching at Graduate Theological Union because it gives me an opportunity to teach other believers about my Mormon faith and because I learn so much from them about how to be a better person, a better Christian, and even a better Mormon. I am touched by my students’ devotion, by their generosity, and by their commitment to serving others.

David Mason says he hopes “Mormonism eventually realizes that it doesn’t need Christianity’s approval.” Whether Mormonism needs the approval of other Christians is unimportant; whether we all need one another’s love, compassion and understanding is of great significance, no matter what we believe.