Why feminism? Because Jesus. 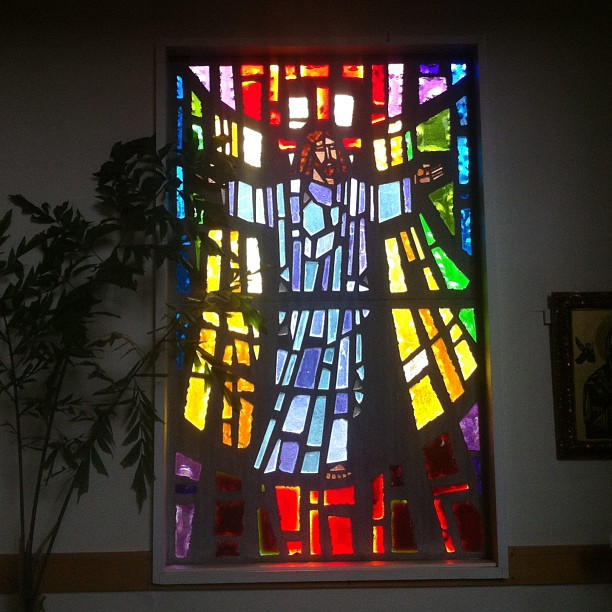 Why feminism? Because Jesus Is

Recently, I’ve been seeing a lot of people complain about feminists, and especially about Mormon Feminists. I’ve seen a lot of attitudes that basically boil down to “How on earth do you think you can be a Christian/Mormon and a feminist at the same time?”. I can understand this. Growing up, I didn’t know what a feminist was. The image I had in my head was of a man-hating hair-legged woman who liked to burn bras because she hated men and laughed at the idea of the existence of God (the term “feminazi” got thrown around a lot).

Fast forward to modern-day Esther. I now know that my previous stereotypes and preconceived notions of feminists were unfair and incorrect blanket statements. Feminism isn’t about hating men and trying to tear them down, it’s about fighting for equality and building women up. Once I came to this realization, it was inevitable that I reach the point I’m at today of being able to say “I too am a feminist”.

I wrote the following paragraph once to express to someone what feminism looks like to me and why I think that being feminist is being Christ-like. It fits nicely here, and with the recent discussions of “Those feminists”.

*As a disclaimer, I edited this slightly from the original, but only in an attempt to improve on grammar and clarity*

Being a feminist doesn’t mean you have to go march naked through the streets carrying a sign that says “I hate men. Kill them all.” while you set fire to a pile of Victoria’s Secret undies. It doesn’t mean you have to stop shaving your legs, start smoking, or anything else. Being a feminist doesn’t even mean the same thing to everyone. Some feminists think women should be ordained to the Priesthood. Some feminists are opposed to the ordination of women. Some feminists aren’t really sure whether they think the Priesthood should be reserved for men or opened up to those humans in possession of two x chromosomes. There is no “Feminists are always…” or “Feminists always believe…” or “Feminists look like…”.

For me? Feminism doesn’t look like a sleazy man-hating %$*#^. Feminism looks like Jesus and the love and equality that He showed women. Maybe, for those of us who claim to follow Christ, we should start questioning whether we are following His example of extending loving equality and consideration to women and, if not, why we’re so opposed to the idea and to those who are working towards that goal.