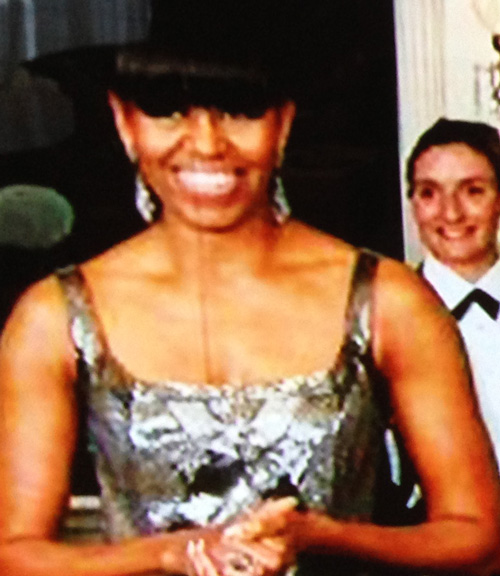 When I saw this image on the news this morning it made me chuckle. It was funny to me that here in the picture, Michelle is announcing the winner for “Best Picture”.  On the right hand side you can see what Iranian newspaper published. It appears Iran is concerned about what she wore and what she said. “Argo” was announced as the winner for “Best Picture”, a film that deals with the Iran hostage crises, which doesn’t put a good light on Iran at all. In the article, Fars News states that 1st Lady Michelle Obama handed out the best picture award to “the anti-Iranian film ‘Argo.’”  “Argo” is banned in Iran, but sources say about 30,000 bootleg copies have been sold in Iran. USA! USA! USA!

The other thing that made me chuckle is that it reminded me of a certain photoshop job I blogged about months ago called “Thou Shalt Not Photoshop“. Here is the picture that the Church photoshopped. Do you see the similarities? What’s good for the goose? 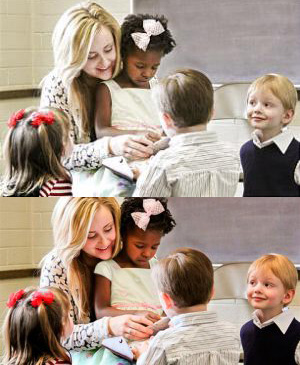