What Are We to Make of Joseph Smith’s Bible Revision? 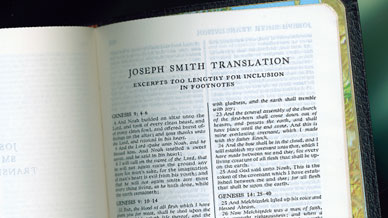 In the previous installment, I discussed the history of Joseph Smith’s Bible revision (JSBR), which is generally referred to as the Joseph Smith Translation (JST) in the Utah Mormon tradition and the Inspired Version (IV) of the Bible in the Community of Christ tradition. In this post, I want to briefly describe and analyze the nature of the revisions.

Before discussing Joseph Smith’s revisions, we might briefly consider the question: what exactly is the Bible? The answer is actually much more complex than most people imagine. The Bible, of course, is not just one book, but a collection of ancient books written between the 10th century BC and the 2nd century AD. The component books vary widely in form and content. There are collections of poems, prophetic utterances, chronicles, wise sayings, sacred stories, law codes, gospels, letters, visions, and more.

The books included in the canon are actually part of a much, much larger number of ancient scripture-like books, many of which have survived to the present. For example, there are many more gospels than the four that made it into the canon. And the Book of Revelations is actually part of a vast genre of apocalypses. Not every book made it into every Bible. For example, Protestants (and Mormons) have 8 ½ fewer books in their Bibles than Catholics. Each of the various Orthodox churches has their own canons, omitting some books and adding others. For example, the Ethiopian Orthodox church considers the Ethiopic Book of Enoch part of the canon. 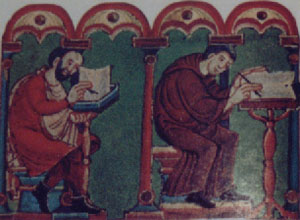 As with all texts prior to the advent of the printing press, every copy of every book in the Bible had to be written out by hand. This was a laborious and expensive manual process that inevitably introduced errors into each copy of each book. Since copies were made of copies, scholars are able to trace manuscript traditions using a discipline known as lower criticism. Lower criticism also includes studying all the variants of the text in each of the manuscript traditions in the attempt to recover the closest possible text to the author’s original. This is necessary because no originals of any of the texts have survived.

How does Joseph Smith’s Bible Revision fit into this context? Although the intent of the JSBR was to restore plain and precious truths that had been lost in the manuscript tradition, lower criticism concludes that the Joseph Smith’s changes do not bring us closer to the original texts; instead, they are further divergences from the originals. Additionally, long passages added to the JSBR are not attested in any early Biblical texts that have subsequently been discovered (e.g., the Dead Sea Scrolls).

Although generally referred to as the Joseph Smith Translation in the LDS tradition, Joseph Smith’s Bible revision is not a translation in the normal sense of the word. No ancient manuscripts were consulted. As we look across the Bible’s vast manuscript tradition, it’s clear that the JSBR doesn’t connect in at some ancient level; rather it is directly dependent on the King James version of the Bible, specifically the edition that printed portions of the text in italics.

So we know a little about what the JSBR isn’t. What can we say about what it is? The changes fall into about six categories:

(1) Long original additions to the text (e.g., the vision of Moses, the story of the city of Enoch, a passage about Melchizedek).
(2) Changes in sense (often modernizing concepts).
(3) Clarifications of obscure passages.
(4) Harmonizations of conflicting passages.
(5) Idiosyncratic changes (i.e., changes for no particularly apparent reason).
(6) Modernizing language and grammar. 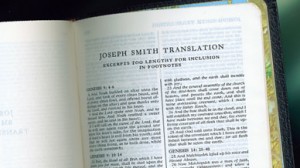 Obviously, the revision represents a vast theological shift. The original author’s theology viewed non-Israelites like Pharaoh as non-persons. They were merely instruments God used to chasten a chosen people and show them great wonders. For us today this idea is incredibly callous. If God is the God of all, how is this story fair to Pharaoh as an individual? Joseph’s revision “corrects” the story so that it makes moral sense in the modern world-view.

In conclusion, the JSBR is not useful for getting at the original versions of the texts underlying the Bible and it’s not particularly useful for understanding the texts in their actual context. But I still believe it’s very powerful as a model for understanding scripture. In Joseph Smith’s immediate context, Protestant Christianity all around him argued not only was scripture authoritative, it was the sole source of authority. Joseph not only argued that personal revelation still existed as an alternate source of authority, and that the canon should be open to admit new scripture, but also that where the Bible itself contravened ethical sensibilities, scripture should be challenged. In Joseph’s case, he went so far as to cross it out and write something new.

John C. Hamer is a historian, map-maker, illustrator, and publisher. He has created maps for dozens of books and articles in Latter Day Saint studies, including the LDS Church's Joseph Smith Paper's Project, and Mark Scherer's new history of Community of Christ, the first two volumes of which were published April 2013. A former president of the John Whitmer Historical Association, John is co-editor of “Scattering of the Saints: Schism within Mormonism” and co-author of “Community of Christ: An Illustrated History.” He is currently writing a book on Restoration scripture entitled, “The River of Revelation: Community of Christ Scripture in Context.” John lives in Toronto, Canada, where he's the Outreach Coordinator for the downtown congregation of Community of Christ.

All posts by John Hamer