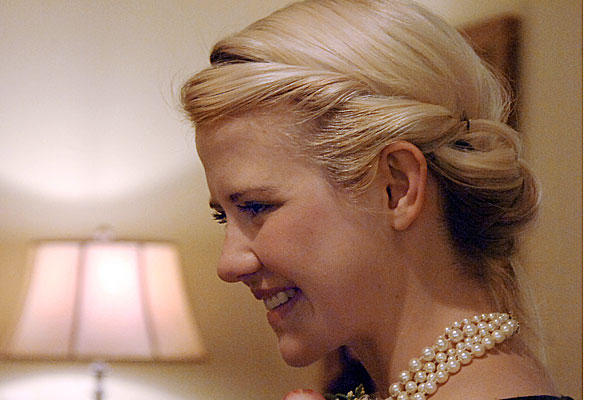 -STORYLINE: Nobody wants you “used” or “damaged”.

…and what our leaders have said:

“Your virture is worth more than your life, please young folk preserve your virtue even if you lose your lives.”
-President David O McKay

“Girls, the flower by the roadside, that catches the dust of every traveler is not the one to be admired, and is seldom if ever plucked; but the one blooming   away up on the hillside, protected by a perpendicular cliff is the flower with the virgin perfume, the one the boy will almost risk his life to possess.”
-President David o McKay

“Also far-reaching is the effect of loss of chastity. Once given or taken or stolen it can never be regained. Even in forced contact such as rape or incest, the injured one is greatly outraged. If she has not cooperated and contributed to the foul deed, she is of course in a more favorable position. There is no condemnation where there is no voluntary participation. It is better to die in defending one’s virtue than to live having lost it without a struggle.”
–Spencer W. Kimball, The Miracle of Forgiveness.

“There is no true Latter-day Saint who would not rather bury a son or daughter than to have him or her lose his or her chastity — realizing that chastity is of more value than anything else in all the world.”
–Heber J. Grant, quoted in The Miracle of Forgiveness, by Spencer W. Kimball

“Breaking the law of chastity is one of the most serious sins next to murder”
-Spencer W. Kimball “Do Your Remember Me?” Tambuli (June 1978), 49

“Sexual sin—the illicit sexual relations of men and women—stands, in its enormity, next to murder.”
–Message of the First Presidency, James R. Clark

“In the decadent society of Mormon’s time, he lamented that the women were robbed of that which was most dear and precious above all—their virtue and chastity.”
-Sister Dalton LDS General Conference April 2013

-STORYLINE – Your virtue is worth more than your life. Your sin is close to taking someone’s life. If you lose your virtue, you are worthless and better off dead.

…and what we have them study currently
“Virtue is a pattern of thought and behavior based on high moral standards. It includes chastity and purity. The power to create mortal life is an exalted power God has given His children. He has commanded that this power be used only between a man and a woman, lawfully wedded as husband and wife. Study the meaning and importance of chastity and virtue by reading Moroni 9:9; Jacob 2:28; “The Family: A Proclamation to the World”; and the section on sexual purity in For the Strength of Youth. Also read Article of Faith number thirteenand Proverbs 31:10–31. In your journal write the promised blessings of being sexually clean and pure and your commitment to be chaste.” – Personal Progress for Young Women

In the scripture Moroni 9:9 these poor women are raped, abused, killed and eaten; they had no choice in the matter.

What these teachings lead to:

“I thought, ‘Oh, my gosh, I’m that chewed up piece of gum, nobody re-chews a piece of gum, you throw it away.’ And that’s how easy it is to feel like you no longer have worth, you no longer have value…Why would it even be worth screaming out? Why would it even make a difference if you are rescued? Your life still has no value.”  – Elizabeth Smart speaking on how she felt after being raped by her captor.