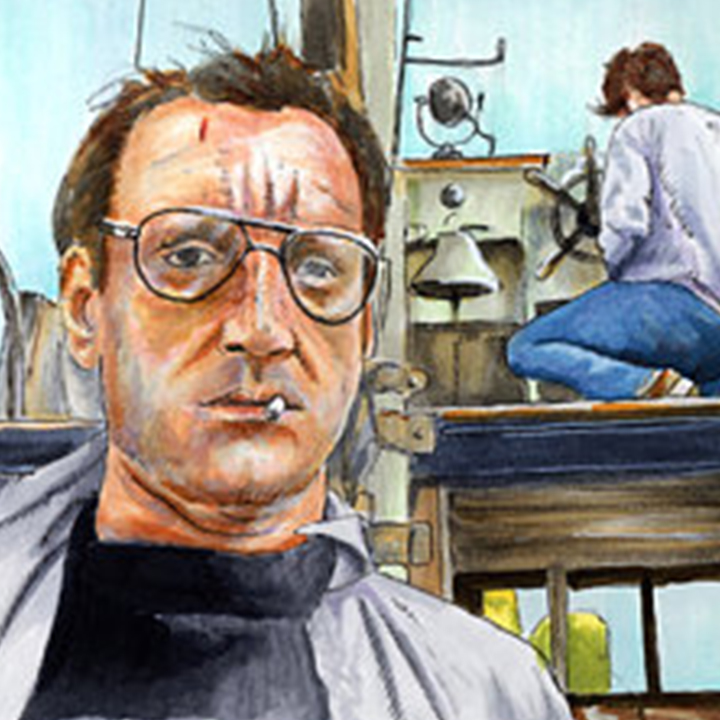 A couple of weeks ago when “the letter” was read in our ward, we stood up and walked out. We weren’t grandstanding or trying to cause trouble. But we are LGBT friends and allies, and having already read the letter, we knew it only served the cause of furthering divisiveness. We’re only interested in fostering unity and love, so as a matter of conscience we wouldn’t give it audience.

A church leader who knows my wife and is sensitive to her needs asked how she was feeling and she said something profound. She told him,

“You know that conference talk about ‘staying in the boat’? I feel like I keep deciding, ok, I’m gonna stay in this boat. The church isn’t perfect, but neither am I, and I’m gonna stick with it (even though it is super frustrating and exhausting at times) and see if I can’t be part of the solution. I’m going to stay and work to make the kingdom more welcoming and Zion-like.

And without fail, it feels like the leadership just keeps drawing more border lines. If you don’t agree with us politically, if you don’t believe in a given doctrine literally enough, if you don’t bear your burdens in silence, if you question our decisions or motives, or if you dare question us publicly… You’re an apostate. You’re not a true Mormon. You’re only here to destroy others’ faith. You’re poisonous and we can’t have you near the flock of God.

In short, it feels like I’m having to constantly flail and fight to keep from being pushed out of the boat, wholesale.”

But do you know why if feels like that? Because the Church of Jesus Christ of Latter Day Saints is in a time of crucial upheaval. Because contrary to what President Newsroom would have us believe, there is a fundamental divide among our leaders as to how to deal with doubters, progressives, activists, the openly unorthodox, neo-fundamentalist conservatives and an entire generation of youth with vastly different values and sensibilities surrounding sexuality and gender.

On one side of this divide are the stay in the boat crowd. They are (tentatively) encouraging a spirit of honesty and transparency represented in the controversial “gospel topics” essays. The other side insists we keep them out of church curriculum. They can be kept as resources for members in faith crises, but they don’t want to shift the existing curriculum and create crises where they might not yet exist.

One seemingly small camp wants to foster greater inclusion for gay and lesbian members and youth. They want to minimize stigmatization and eliminate bullying. They want to deal with our legacy of racism (however benevolent it might be) in a straight forward and frank manner. A larger camp wants to continue the privileged practice of othering while giving politically expedient lip-service to tolerance.

I even believe that some of our leaders want to seek revelation and greater understanding from God on the subject of priesthood and the ordination of women, at least to consider a greater involvement of women in church governance. Others insist on pretending that positions born of tradition have the authority of a divine decree (which nobody will point you to).

Some want church to be a place where we can talk safely about hard things. Others want it to be a testimony echo-chamber for the normative cultural Mormon. These divides are not neat and clean. Individuals who hold progressive views in one area are often less so in another. But the divides are real. They are born naturally of a range of differing experience. This reality underlines the real need for greater diversity in presiding quorums.

And here’s where the rubber regrettably meets the road for those of us who want a better church. The leadership structure of this church does not lend itself to rapid change, but to slow, painful, terrible growth. Minds and hearts have to change and natural human prejudices with them. Lifetimes of white, male, hetero-normative and Utah-centric privilege has to be acknowledged, confronted, and conquered. The church has to find its better self, and before that can be done, it has to begin looking in earnest. And even before that, it has to WANT to.

It is at a moment like this, that our relatively young religion could use a pubescent growth spurt. With all the attendant awkward, smelly, and uncomfortable growing pains. More maturation, in less time. Messy and awful, yes. But vital and necessary if we are to become responsible adults, and if we are to have any hope of a good marriage.