We’re All a Bunch of Liars 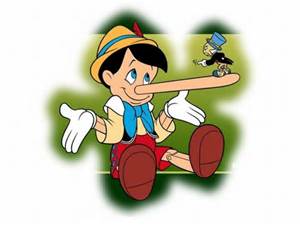 I once taught management courses to nurses at a hospital. In one particular class, I quoted a study that tried to quantify how often people lie, either to themselves or others. I don’t remember the exact number but it’s a lot.

Most lies are diplomatic.

“Abish, that haircut looks so cute on you.”

In one of my classes, a student was highly offended at my suggestion she was a liar. At the end of class, she quickly gave me a low evaluation and left without a thank you.

“She lies all the time,” one of the her coworkers said. “Especially when she’s late for work.”

Events during my youth pushed me to ask some big questions and search for truth. My father died in my early teens. We were in the Vietnam war and I had a low draft number. Society was changing quickly in that era and there were many new ideas about politics and religion.

I took a world religions class as an elective in high school and that started my journey. I visited several Protestant churches. Taoism actually appealed to me the most but I couldn’t find any practitioners. There has never been a big migration of Taoists to my home state of Alaska.

Mormon friends invited me to Mutual, to stake dances and Scout activities. I really liked the lifestyle. I was a “dry Mormon.”

“That Milton Jr., has never caused me a minute’s trouble,” said my mother. 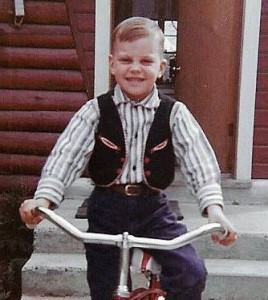 Milt on a Bike

After a few months, I got serious. I read the Book of Mormon and A Marvelous Work and a Wonder. I took the missionary discussions. I did a 1970’s Google search by going to the local library and looking for objective books on the church. I found none; just a couple of angry screeds from crabby Protestant ministers and a book that compared the Masons and the Mormons. It had pictures of people in funny-looking clothes and hats. I didn’t know what I was looking at. Later, I would.

I joined the church shortly after graduating from high school and soon lost most of my non-Mormon friends. It was sad but worth it to me because I believed I had the truth and my life was no longer a lie.

Today, a lot of people are leaving Mormonism because church leaders lied about church history, intentionally or not. That’s kind of a big thing.

Are the lies shocking and unique because they came from the mouths of apostles or to be expected because all people are liars? Well, not all people are apostles. When you say you speak for God, you’d better.

The lies I’ve lived because of the lies told to me by others have crushed my soul a bit. Some of this monkey-business in the church has made me depressed but recently, I’ve taken some baby steps to reclaim my ability to tell the truth, at least as I see it. This essay is an example and no doubt, I’ll lose more friends. Telling the truth does that.

I survived the first loss. I’ll survive this one.

Milt Radford was born and raised in Anchorage, Alaska. He is a convert to the church, joining shortly after high school. He served a mission and completed a bachelor's degree in communications at BYU. He returned to Alaska for most of his professional career, initially working in journalism and media production but later earning an MBA at Alaska Pacific University and managing a family business for several years. In the process of preparing to sell that business he returned to school and earned a three-year certification from Mississippi State University in broadcast meteorology. He currently works as a meteorologist at a TV station in southern Oregon, where he has lived the last ten years. He and his wife are the parents of six children and six grandchildren. Milt has served in a variety of church calling including as a Gospel Doctrine teacher in several wards. He is an avid bike rider, mediocre guitar player and shares the gospel of Diet Mountain Dew with anyone who is open and receptive to the One True Beverage.

All posts by Milt Radford