The View From Above You 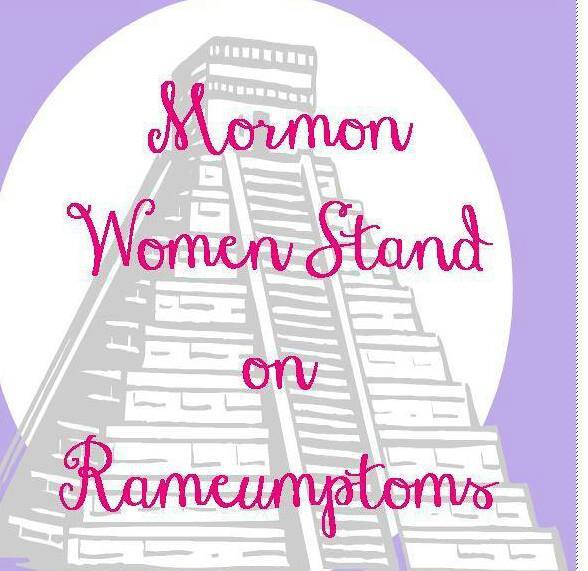 Mormon Women Stand on Rameumptoms is a collaborative online effort to join like-minded female members of The Church of Jesus Christ of Latter-day Saints who share a desire to make a public stand as witnesses of Jesus Christ and support all Proclamations, Exhortations, Admonishments, Hints, Off-hand Remarks, and Oblique Suggestions that come from any of the group of inspired organizational leaders individually and collectively known as “The Brethren”. We believe standing together reflects both the divine nature and the herd mentality with which LDS women are endowed, to influence others for good, primarily by pointing out how bad they are.

Here at MOSoR, we started our Facebook page because we saw a need. A need, for those of us who are faithful to the church to have yet another way to show the world, and each other, that we agree with everything the church teaches on Sunday, because let’s face it, one sabbath of agreement just isn’t enough for us. We will agitate for the status quo at all times and in all places!

We are unequivocally not hesitating in our support of non-hesitation. When you know something, you don’t just wait around for someone to approve that you make a Facebook page agreeing with them, you get out there and agree. Through the miracle of technology, 90% of our Sisteren admins have been able to meet with each other and, in the words of Nike and President Kimball, “Just Do It.”

While MWSoR was not conceived in response to, or influenced by, any other LDS women’s group, MWSoR does note that some groups of the so-called ‘faithful’ Sisteren are surprisingly luke-warm in their support of their inspired leaders. Some groups only support the presidency and some only support the Quorum of the Twelve (or Fifteen). These groups, while doubtless well-meaning, fall short in their discipleship by refusing to recognize that all priesthood holders are endowed with power from on high and are proper objects of veneration. The members of these other groups will be lucky to reach the Terrestrial Kingdom, looking up longingly at the bottoms of the towers from which we will still be proclaiming the truth to the less righteous, even in the hereafter.

Of course other groups are not merely luke-warm in their discipleship, but are stumbling blocks in the way of the path of the righteous. These ‘Sisteren’ are trying to form the church in their own image, by imagining and image of the church that they imagine would be better for their image. We want to show the world that we are the ones who truly wear the pants in this church by not wearing pants to church (or the color purple). And for those sisters who would steady the ark with your business casual ways, we say, “For shame!” Can’t you leave the holy fashion choices of the Brethren alone? Next we’ll be seeing sisters wearing white shirts and ties to church. Where will this end? Apostasy.

The Organizers of MWSoR are LDS women from around the world with varying ages, backgrounds, locations and weights. They also have varying professions: some are homemakers with many children at home; some have had most of their children move out; some are in the process of reaching their divine potential by diligently continuing their efforts to conceive enough children to demonstrate their observance of God’s first and greatest commandment.
LDS women around the world need to have a place where they can stand high above the world-as friends on very tall towers would-guided by their innate sense of superiority, remembering their righteousness and the wickedness of those below them, and exhorting the wicked to cut it out. It is our desire that by establishing the Mormon Women Stand on Rameumptoms page, we will gather and unite women who are not quite righteous enough to stand with us, but righteous enough for us to exhort (wo)manfully to repent and arise from the dust. We hope that going forward those whom we have warned will abandon the three deadly ‘I’s”: the sins of intellectualism, immodesty, and inability to conceive. We hope that going forward, these women will develop a desire to admonish others who may be slightly less righteous than they: at home, at church, at the park, at the swimming pool, and at the grocery store. But not in the school or workplace because righteous women should only stand in holy places. 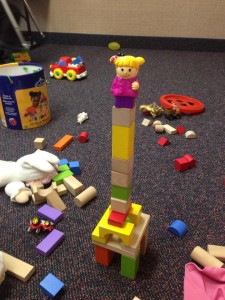 Some Answers to Frequently Asked Questions:

What is the purpose of MWSonR?

We sustain, without hesitation, anyone and everyone who works for The Corporation of the President and who works at the large and spacious building also known as the Church Office Building. We recognize our divine role (our rolls are also simply divine!) as covenant women of that corporation We know that we have a solemn responsibility to stand as a witness of it at all times, in all things and in all places.

What is it that you do to help women and advance their role in the Church?

We have a Facebook page where we post pictures, memes, and scriptures that remind us of our covenants. We also make sure to ban and block any person who does not, nay, REFUSES, to understand how important they are in standing atop a Rameumptom and proclaiming their righteousness to the world. That is what we DO!

Is this group a response to another activist woman’s group?

Of course not! We came about as a result of seeing that not all women understand how important their rolls are in the Church. We wanted to create a safe space for them to come and bake these rolls of righteousness as they talk about the struggles of being more righteous than the other women in the church. We as the administrators of MWSonR understand how difficult it can be to deal with the others who are not as righteous as we are and thus, MWSonR was born.

Molly’s life was changed one fateful day when she was hanging her laundry in her back yard and she heard sounds of loud laughter coming from the neighbor’s yard. She tried to peer over the fence to see what wickedness was afoot, but was too short. Saying a prayer in her heart, she cast about with her eyes until she saw a chair, a box, and a stepping stool. Moved upon by the spirit, she placed the box upon the chair and the stool upon the box. Ascending this tower of righteous judgment, she looked into her neighbor’s back yard and witnessing their sin, she knew she had to look down on them both literally and figuratively as she pointed out their sins. This, she knew, was to be her life’s calling.

All posts by Molly B. Wright