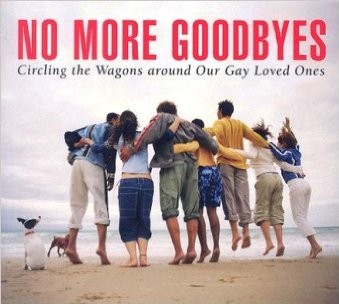 I have been made aware of three new suicides within the last ten days–all of these in Utah, two young men and one young woman, all three known to be gay and LDS.  These last several weeks have been deeply troubling for many, and for these three young people—and for many others that we will never know about—the inner conflict was devastating.

PLEASE HEAR ME.  We need you!  We need you to stay right here on the front lines, fighting for your life, for your right to be seen as valuable and immensely loved by your Creator and by many of your sisters and brothers.  You are called—not to put out your light–but to insist that your light grows brighter and brighter so that your family, your church, your world will be dazzled by your brilliance and your goodness.  We need this gift from you—to stun us with how brightly you can shine—how strongly you can live and love, guided only by your inner compass, your personal relationship with the Divine.

In my last post were words from LDS historian Richard Bushman:  “Should not Mormons have a connection with God that goes beyond the Church?  Do we worship God or do we worship Mormonism?  What should we teach our people to protect them from this vulnerability?”

None are more vulnerable in our community than you, our precious gay youth—and this is to our shame and not yours.  No matter the words you hear from anyone—if they make you feel defeated or feel that you are less whole, less holy than others, less worthy to live—just the way you are–those words are untrue.

Please stay and fight with us.  I have been fighting for you for decades.  We need you.  Please read my book No More Goodbyes: circling the wagons around our gay loved ones, and also the more recent, The Hero’s Journey of the Gay and Lesbian Mormon.  Be brave enough to share these with family and church leaders.  If you can’t afford a copy, message me and I will send you one for free.

Please be aware of the national LGBT suicide prevention hotline at http://www.thetrevorproject.org/

And the resources available at http://affirmation.org/

And please read the chapter below excerpted from my book No More Goodbyes.

I am sending love and angels.  Please stay with us and fight for a better world.

Moving Toward the Light

“Ron,” a Mormon gay man who emailed his story just recently, ended it with, “I intend to take my life within the next few weeks.”  He said if I wanted to hear more to call him and gave a phone number.  I called and we talked for an hour.  Ron had married, had four children, had occasionally acted on his ongoing homosexual impulses, had developed a pornography habit, had been thrown out of the house by his wife, who had begun divorce proceedings, had been told by his children not to contact them or show up at their school functions, and had been excommunicated from the church.  “I’m a monster,” he said.  “My children look at me and they see a monster.”

I got sympathetic and then I got mad.

“You don’t get to do this, Ron,” I said.  “You don’t get to drop off the team and make me carry the load you’re supposed to be carrying.  I am working as hard as I can to help us understand all this sexuality stuff better, to make the world and the Church safer for people like you to work things out.  You have an assignment from life–from God–from whatever–and you’ve got to take that assignment and do your homework and learn whatever you’re supposed to learn and maybe even be able to help teach.  Don’t you dare drop off the team and make me carry your part of the load!  And what about your family, Ron?  What would your killing yourself accomplish for them?”

He thought a moment.  “I guess it would show them that I’m accepting the worst possible punishment.”

“You’re crazy,” I said.  “It would just underline their belief that their dad’s a loser.  It would give each of your kids ten more years of therapy.  You know what your family really needs from you, Ron?”

“They need you to become a man who is healed and whole.  They need to see you become someone who will surprise the heck out of them by becoming the guy you’re supposed to be.  Don’t you dare drop out.  Your therapist is on your team.  Your brother’s on your team.  I’m on your team.  God’s on your team.  Get over the pornography addiction, you can do it.  Handle your homosexuality in whatever way you feel is right and dignified.  Choose life, and you know what?  Even if your children truly never want to see you again–and that’s highly unlikely–they will know.  They will feel it in the air.  They will sense that something has changed about their dad.  There’ll be a whole new vibration there.  That’s what your family needs from you, Ron.”

I happened to be planning a trip to Utah for the following week, and I asked Ron if he would go for a walk with me.  So on a chill March day when the sun was out between snowstorms, we walked for an hour and a half in suburban Sandy, where I was staying with my brother and his family.

Ron was a large man in his late forties, and I had to hustle to keep up with his pace.  “So what have you been thinking about since our phone conversation?” I asked.

“Well,” he said matter of fact, “I still think I’m going to do it.  In fact, I’ve chosen a date.  April first.  But the thing you said that has stayed with me is about my dropping off the team and making you do my work.  I never thought of that.”

I learned more about Ron’s history as we walked and talked.  Like so many of us, he had not had the ideal home life.  Various “sins of the fathers” had been passed down from generation to generation.  And unfortunate teachings about things sexual had scared and scarred him.  “I died at age twelve,” he said.  “That’s when I died inside.”  He had masturbated and had not been able to overcome the occasional habit.  God frowned and crossed him off the list.  From then on, Ron knew he was deeply flawed.  (It should not be necessary to mention that masturbation does not cause homosexuality; ask a few hundred million heterosexual people.)

“So here we are, Ron,” I said as we approached my brother’s house.  “I have one more thing to say and I want you to listen carefully.  You are positioned right now to do something remarkable.  You stand between your unhealed ancestors and your posterity.  You have the power to say, ‘it stops with me.’  You have the power to refuse to leave a legacy of failure to your children.  Don’t be the name on their genealogy chart they describe as ‘gay–pornography addicted–suicide.’  Don’t give them that terrible gift.  Give them a father that opted for healing and that came to terms with his homosexuality with some self-respect.  And you know what else, Ron?”  I stopped walking and grabbed his arm.  “You can heal your family not only in the future, but in the past.  I don’t know how this works, but I think about it a lot.  Einstein proved that time is not what we think it is.  Somehow you can do a work right now that will ripple forward and ripple backward and help to heal everyone who brought you here.  A weird and awesome kind of work for the dead!  I know you can!”

I speak now to those reading this book who have contemplated or attempted suicide because of the torment they feel being both religious and gay.  Perhaps some are contemplating it now.

I cannot say I know just how you feel.  None of us can who have not truly been in that hopeless, helpless darkness.  I have never considered suicide.  With three different events in my life I have wished that all Being, including my own, would cease forever.  In the dark night I have quoted to myself that awful, beautiful poem of Swinburn that I memorized in college.  I can write it here without even opening the book:

From too much love of living,

From hope and fear set free,

I thank with brief thanksgiving

Whatever gods there be

That no life lives forever,

That dead men rise up never,

That even the weariest river

Where star nor sun shall waken

Nor any change of light

Nor wind nor water shaken

Nor any sound nor sight–

Nor wintry leaves nor vernal

Nor days nor things diurnal–

Only the sleep eternal

In an eternal night.

But I don’t believe in eternal night.  I believe in eternal light.  The closest to the brink I ever really got was the time I taped large posters over all the mirrors in the house so I would not have to see myself.  But I find life irresistible.  I find my own eyes irresistible.  And I want to speak to my sisters and my brothers who are considering ending their lives and say:

Please.  Walk with me.  This I know.  God loves you just as you are and “abomination” is a word gone awry.  You have been called to travel a hard frontier, but there is meaning in it and no one can play the part you came to play.  Move toward the light here.  Claim life.  Claim love.  Be love.  Reach out.  Trust.  Trust tonight.  Trust tomorrow.  Then trust another night.  And another tomorrow.  Walk with me.

Today is April first.  Yesterday I called Ron and left a message on his voice mail. “Hi, Ron, it’s Carol Lynn.  Just noticed that tomorrow is April first.  It’s going to be a good day for living.  Still raining at my house, but that’s okay.  I’m going to do my best tomorrow to give and take a little love, and I’m counting on you to do the same.  You’re on my prayer list, Ron….”

This morning I got a call from Ron.  His voice sounded good, sounded strong.  He was calling from the California coast, where he was on a business trip.  “I’m feeling pretty good.  Looking out the hotel window at the ocean right now.”

“Ah, the ocean.  The movement of eternity right in front of us.”

I made him promise to call me next week.

I’m counting on it, Ron.

Read more about this author HERE.

All posts by Carol Lynn Pearson