Unattainable Male Standard of Beauty- A Conversation With My Daughter 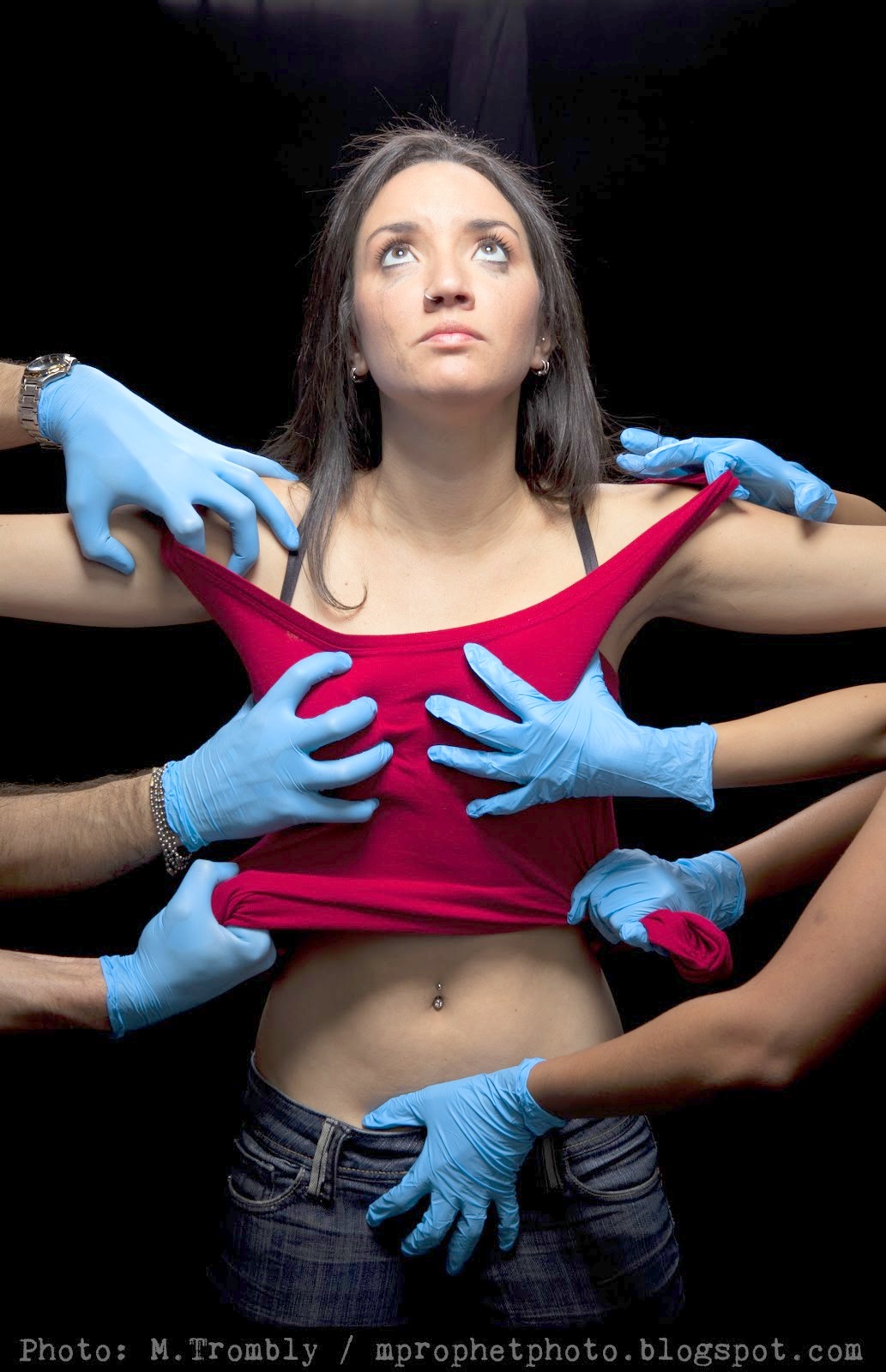 I overheard my oldest daughter Sammie the other day say she wanted fake eyelashes. She’s only 15. What follows is my best recollection of the conversation that followed. Some of what I said I wish I could change. There are a few statements I wish were more nuanced and sensitive. I recognize the irony of a man having this discussion with a female but there is no one else in my daughter’s life to do it.

Let me say upfront that my purpose in sharing this conversation is to draw attention to certain issues and not to judge those who get caught up in the tyranny of modern beauty standards.

Sammie talking to my wife-  I think I want to get eyelash extensions. Mine are too short.

Me– What the hell are you talking about? Who told you your eyelashes are too short? (I’m angry and frustrated because we’ve discussed male established standards of beauty many times before.)

Sammie- My eyelashes are short Dad. Lydia (sister) has long eyelashes but mine are short and ugly and mascara doesn’t help.

Me – That wasn’t my question. Who told you long eyelashes are better than short ones?

Me- What do you mean you don’t know. We’ve talked about this a million times. You’re ignoring the question because you know the answer.

S- Men! All right Dad. Men set the standard. Sometimes women reinforce it but it’s mostly men who make it. You’ve told me this before. 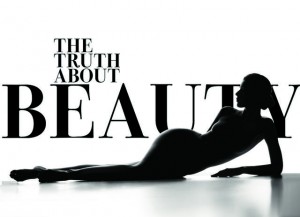 Me- Exactly. You know what? I think it’s a good idea to go top to bottom and identify some of the insane lengths women go to in chasing this unattainable standard of beauty.

Me- Who told women they should color their hair? Some blond women want caramel highlights. Brown haired women want blond highlights. Some women want straight black hair. Women with black hair break their necks trying to die their hair platinum. Why? The issue isn’t dying your hair it’s that no one is ever satisfied. It’s never ending.

Me- Men say long eyelashes are better so you clamor to please them. Next you’re gonna tell me something is wrong with your eyebrows…oh wait, you think there is. You pluck and tweeze them for some bizarre reason.

Me- Women want to have zero wrinkles around the eyes. They actually inject a bacterial toxin called botulin in order to paralyze their face…. ON PURPOSE!!!

Me- I thought you did too but apparently you don’t.

Me- Lips. Women have in the past injected COW COLLAGEN into their lips to make them fuller. Cow junk into their lips!!! More recently they’ve injected cadaver tissue into their lips to achieve the same effect. Can you believe that? Do you think any woman independent of any external influence would cut open their face and inject cows and dead bodies into it? It’s ludicrous to think they would.

Me – Face. In order to remove wrinkles on their face women cut off part of their face skin and then redrape (stretch) it over their scalps. Why? Wrinkles are normal. It’s part of life and aging. There’s nothing wrong with aging. You know what happens when women hit 40 and get wrinkles and don’t have babies? Society considers them worthless. Look at the representation of women in leading roles in movies. It’s outrageous.

Me – Boobs. Breast augmentation is a huge problem. There are legitimate reasons to have surgery on your breasts but I’m not talking about that. Women with big boobs feel pressure to reduce them. Women with small boobs want to enlarge them. Women with tear drop shaped boobs want round ones. Women with round ones want boobs that hang more “naturally”. Breast enlargement is typically achieved by slicing open your boobs and shoving jelly filled pouches into them. Sometimes the nipple is cut off or open and the pouches of jelly is shoved in which can affect the sensitivity of the nipple. The breast then becomes a very real object for the satisfaction of men. There is no sexual stimulation for the female anymore and the breast serves only the male. These women participate fully in the objectification of their own bodies through self mutilation. Is that healthy?

Me- Do you think a woman born alone in the wilderness with no external influence would slice open her boobs and stuff silicone into them?

Me- Right. It’s self mutilation to satisfy men. You know what the kicker is?

Me- It’s never enough. It doesn’t satisfy the male and as a result it never satisfies the female. The pursuit of better boobs never ends. 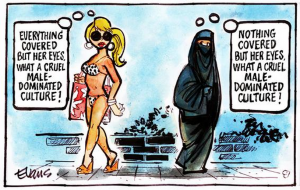 Me- What about stomachs? Liposuction is when a doctor sucks out fat with a vacuum and a straw. What’s sad is that there is only so much fat that can be sucked out at a time so women usually go through several fat sucking sessions! It’s painful. It’s invasive and it’s ludicrous that women would do this to be “skinny”. Who says skinny is attractive?

Me – How about your vagina? You better believe that vaginas are part of the self mutilation women participate in. Men have somehow convinced women that their labia aren’t perfect unless they are trimmed and symmetrical. So women show up at the surgeon and get their labia cut off, trimmed, and it’s all for a man. What the hell?

Me – It’s the same self-mutilation for butts. In the past tight flat butts were sexy. However, when J- Lo and Kim Kardashian burst on the scene the media said that big round butts were desirable. So what did women do? Cut open their ass and shove implants into them.

Sammie– I get it.

Me– When calves are too small they get implants too. Legs must be curvy but not too curvy. Therefore there must be liposuction for thighs. It’s all a load of horse sh*t.

Me- Small feet are desirable to many men. In China women used to have their feet bound to achieve a smaller and more narrow foot. To do this men broke the toes of women and bent them backwards into the sole of the foot. All for the pleasure of men! Women sure as hell didn’t come up with the idea.

S- Gross. I would never do that.

Me – Really? You’re willing to glue fake/synthetic lashes to your face. Your short lashes keep the dust out just fine. Why do you want long ones? Answer honestly. 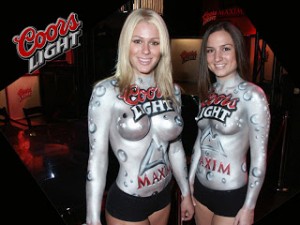 Me- This happens at Church. You know what I’m talking about; ridiculous standards of modesty set by the Brethren. These are all created and dictated by men!

Me- I’m sorry I’m so emotional. I’m frustrated. I’m heartbroken for you. I hate that you feel you’re not beautiful just the way you are. (I’m in tears now.) When girls are 8 years old some of them want to be President of the United States and feel great about the way they look. When they are 13 very few want to be President anymore and almost none of them have the same self confidence they did when they were younger. Why? Look what we are doing to our young women?

Me– I love you. You’re lovely. You’re smart. You’re funny. You’re sensitive. You’re thoughtful. You can be moody and surly but you’re also lighthearted and playful. You’re a whole person. I wish you could see yourself through my eyes. You don’t have to accept your “flaws” because there are none. You are who you were born to be and that is perfection.

Me- Dictate your own standard of beauty Sammie. Face life on your own terms. You are in charge. You don’t need to be empowered, you need only exercise the power that has been yours from the beginning.

Me- I know it is. I know women have it harder, but men struggle similarly. I have struggled with bigarexia and body dysmorphia for as long as I can remember

I’ve spent years in the gym trying to sculpt a body that is desirable. Big chest, round biceps, flat stomach, big quads and calves. Unfortunately for me I build muscle quickly and soon all of those body parts are too big- which makes me ugly, bulky, stupid and dumb to society. Skinny guys are seen as weak. Bald guys are emasculated and impotent. And so it goes, men chase the unattainable standard of beauty portrayed in the media as well. We spend billions of dollars with the hope that we will be desirable and accepted by society, only to find out it’s never good enough. 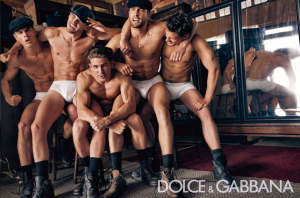 It’s never good enough for men or women. We chase the unattainable.

My daughter and I spent the next hour discussing how we can be more responsible media consumers. We talked about how to filter messages at Church, in the movies, on T.V., and in the music we listen to. We hugged. We laughed that I said labia so many times. We promised each other to be more aware and more accepting of our own personal standard of beauty.

We still struggle but we keep trying over and over to meet our own standard of beauty. Wash, rinse, repeat is what they say  so it must be true.